Despite being disappointed with the last chicken dish, I decided to make another chicken dish.  This one I enjoyed a lot more and I think was much better.

I am not sure exactly why I picked this recipe, but perhaps I was missing Tex-Mex food from Austin? 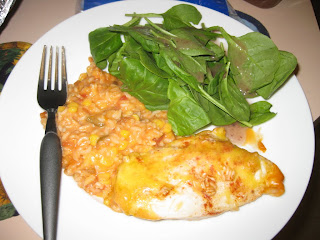 This was another simple recipe.  I started my mixing the soup, salsa, corn, and rice. 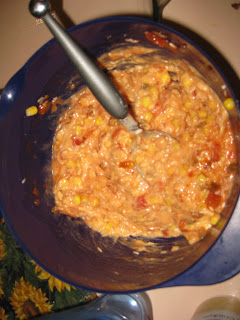 I made a slight mistake and sprinkled that mixture with paprika. I was supposed to first top it with the chicken. 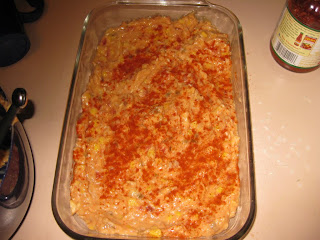 So I added the chicken and sprinkled it with paprika again.  More spices! 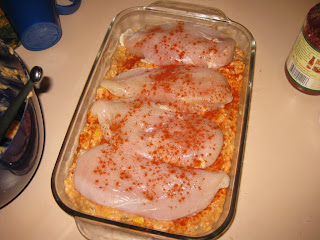 I cooked it for 45 minutes and when it was out I sprinkled it liberally with cheese. 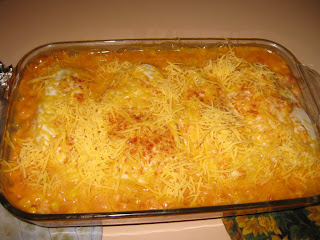 Finally, I served it with a spinach salad.

My favorite part of this meal was actually the rice.  I thought that it was really good mixed with salsa and corn, which kind of surprised me.  This was another simple recipe, but I enjoyed this one much more.

I realized that perhaps just making chicken dishes was a little too similar.  So my next few dishes are going to be different. I promise!

So of all the recipes that I have made this one is actually among my least favorites.  I thought that it was fine, but it was pretty simple and I didn't really think that the garlic came through very much.

This was one of the first recipes that I made after I got back from Texas and I think the main thing you could say about my choices is that they were pretty simple and not very challenging. 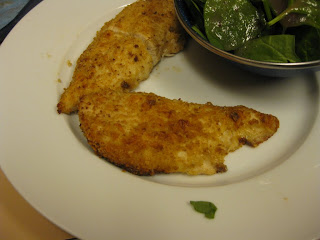 This was a really simple recipe, the first thing that I did was to heat up the garlic and olive oil.  I used minced garlic instead of crushed, which I think might have been a mistake. 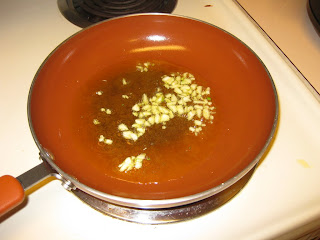 I next prepared  the bread crumbs and Parmesan cheese.  I put this mixture in a Ziploc bag, which makes it really easy to bread the chicken. 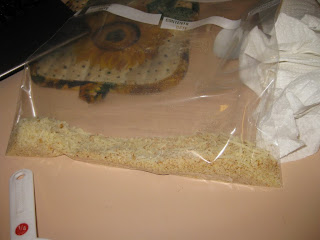 I had slightly more chicken than they recommended, but soon they were all breaded and ready to cook.  I actually think that is they had been breaded better it would have been better. 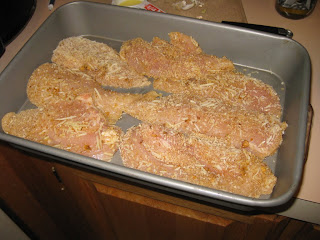 I cooked it and then had them with a simple spinach salad.

Since I know that everyone really just comes here for Sprinkles, here is a picture of her playing in some snow.  Note: This did not happen recently, this was last December. 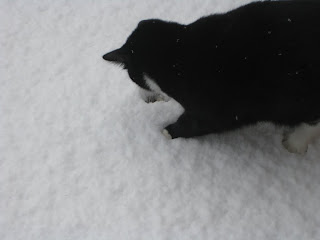 Posted by The Elephant at 7:38 PM No comments: