This past weekend I decided to make Pot Pie during one of our beer transfer sessions.  It was so good that I found myself craving it.  So it became the recipe of the week.  Here is the link to the recipe:

The first change that I made was in how I cooked the veggies and chicken.  Instead of boiling and simmering them in water I added chicken broth instead, just to add a little more flavor.  I also added 1 small potato cut into small pieces.

So the second change that I made was to increase the sauce.  I doubled everything.  This was because several user recommendations had said that the pie was a little dry.  I ended up not being able to use all of the sauce that my made, but there was only a little extra.  So I think doubling the sauce is still a good idea.


The third change was I replaced the celery seed with garlic salt.  I also added a bit more than 1/4 teaspoon.  It was more to taste.  So I just added it until I thought it tasted right.


The final change was to cook it at 375 degrees for 45 minutes or until the crusts was brown.

The first step was to cut up all the veggies and chicken.  The picture below shows the size of my potato pieces. 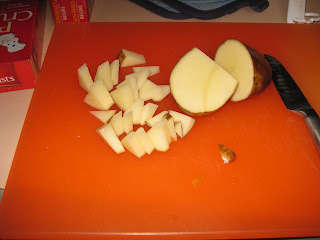 Then simmer everything together.  I just added chicken broth to cover, brought it to a boil and then simmered it.  When covered you have to be pretty careful with the temperature.  I had to pull it off the burner due to almost overflows a couple of times. 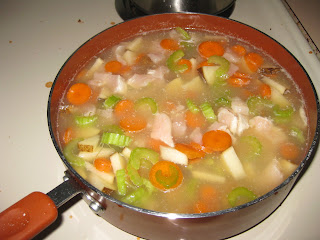 Sprinkles was generally uninterested in the cooking process this week.  After running around meowing at me she decided to settle down. 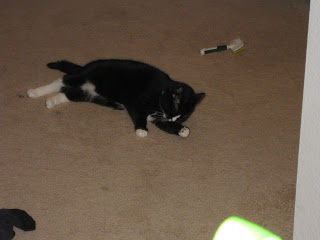 I bought the Pillsbury roll out dough.  The first time I made this I used the frozen ready made pie crusts, but I wanted to see how these worked.  Either one is fine, but I think I prefer the rolled up ones as the pie plate can be a little deeper or bigger. 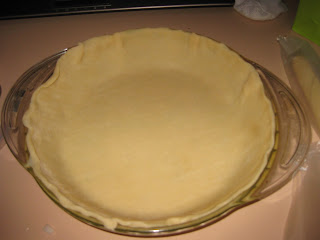 Here the sauce is being started with the onions and butter.  While I double most of the stuff for the sauce I did not totally double the butter.  I just used 1/2 cup (1 stick) 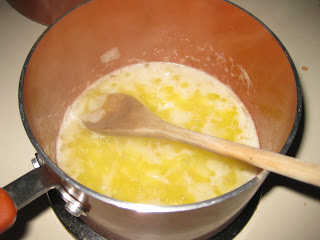 Sprinkles always likes when I open the cabinets while I cook so that she can crawl around and get into tight places, as seen below. 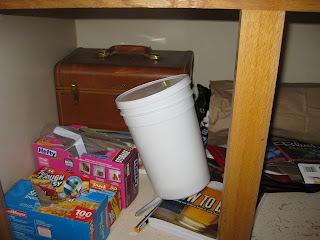 So once everything was ready, I placed the chicken and veggies in the pie plate. 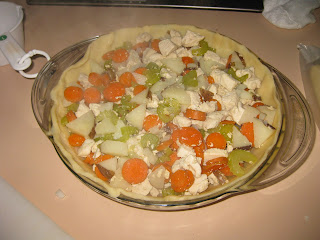 Then I poured the sauce over it.  It was a little difficult to get the sauce exactly as thick as I would have liked.  You really have to be careful and add the milk and chicken broth pretty quickly and don't turn the heat down too much until it starts simmering. 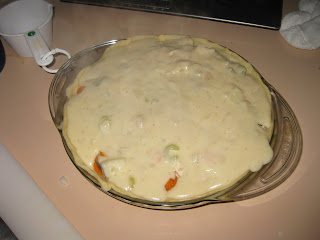 Next I covered the Pot pie with the second crust and cut a few slices in it. 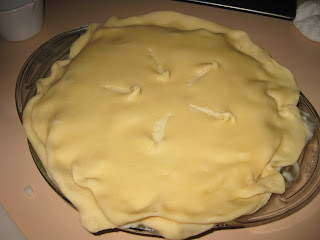 And 45 minutes later... it was done!  I got a little bit of leakage on this pie, I think because my pie plate was a 9.5 inch one and the dough was for a 9 inch plate.  Which made it harder to make sure that the dough was pinched together. 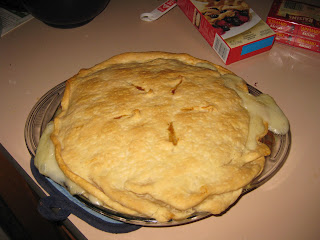 And here is a side view. 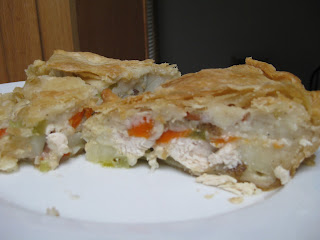 This dish was really really good and very simple to make.  I definitely recommend trying this out.
Posted by The Elephant at 12:15 PM No comments:

Thus, I made Quinoa Chili.  Here is the link

I only made a few small changes to this recipe.  The first was that instead of boilding the quinoa in water I used Chicken Broth, just to add more flavor. The only other change that I made was to use canned corn instead of frozen corn.

This was not a recipe that Sprinkles appreciated much.  She was slightly interested in the Jalepenos as I chopped them up, but not much else. 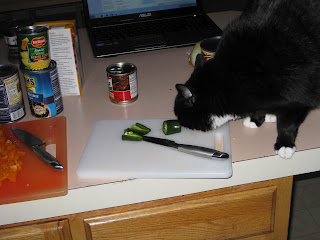 The first step was to make the quinoa. Here it is starting up. 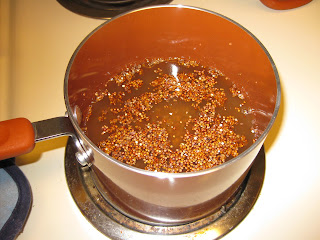 This process required a lot of chopping. I had to use all of my knives and all of my cutting boards.  But eventually it was all ready. 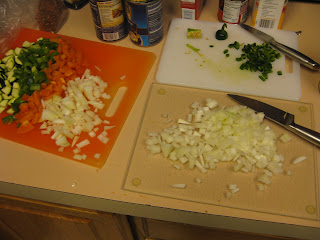 By this time Sprinkles had  gotten on top of the cabinet where she could moniter everything and meow at me. 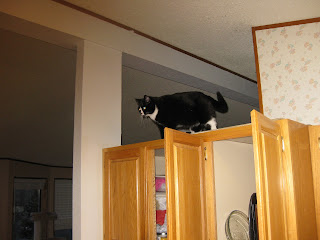 I first cooked the onions, shown below. 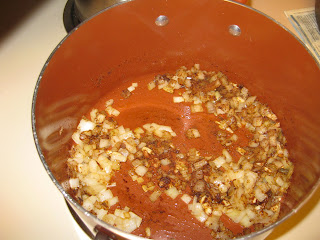 Then I added the other vegetables and the canned tomatoes and started cooking it. 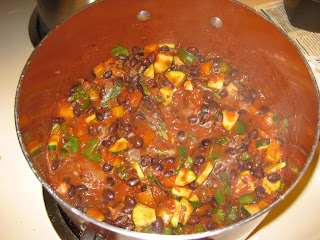 Once the quinoa was ready I added that to the rest of the mixture.  The picture below was taken after adding the quinoa. 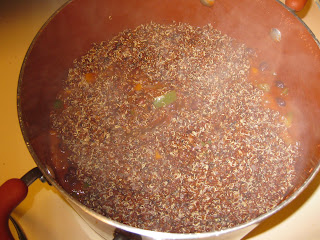 After mixing everything together and letting it cook for a while, the chili was pretty much done. 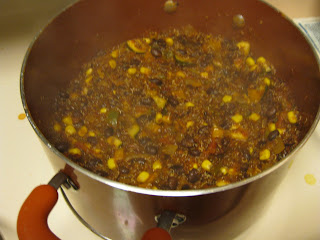 The only thing left to do was to make cornbread!  My standard cornbread for chili is just Marie Callender's packaged cornbread.  It is simply to make and tastes great, especially with chili. 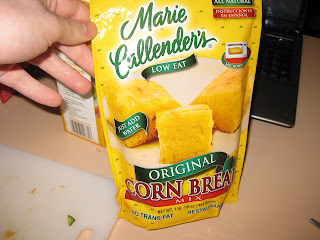 I mixed up the cornbread as the chili was cooking and it was done at close to the same time. 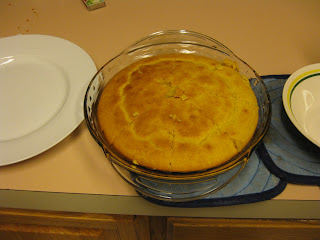 I made up some honey butter for the cornbread.  Which is just some butter and honey melted together in the microwave, and then added cheese to the chili. 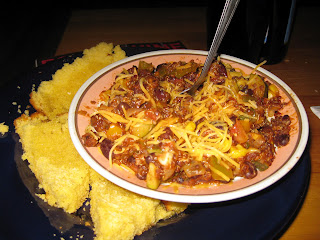 I have a chili that I typically make which has meat.  I really like that chili, and while I don't think the quinoa chili is really close to that, I do think that it was pretty good and it was much healthier. I was actually pretty surprised at how good it was.  While there was no meat in it, the quinoa definitely kind of made it meaty.  Overall it was a very good dish.
Posted by The Elephant at 10:33 PM No comments: