Well this recipe was a long time ago, I think I cooked it in early May or late April, but it is the next in line to get discussed.

I used two recipes for this meal, the first was Spanish Style Chicken and Sausage and the second was Roasted Potatoes with Greens.

Here is the final dish, included with a croissant. (which I did not make). 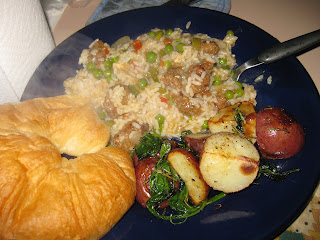 The main change that I made to this recipe was how I made the rice.  I made the rice separate from the main dish.  And then when it was done I added everything.  I am lucky enough to have a rice cooker, so that made this part really easy, but I think it made the rice better and would definitely recommend it.

As always, Sprinkles was very interested in what I was doing and decided to sit and stare at me for a while. 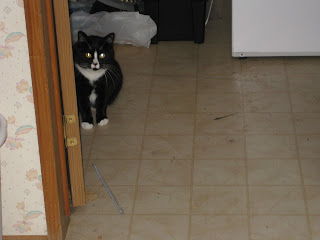 I made the potatoes first.  So I cut them all up, then made the sauce with rosemary and garlic. 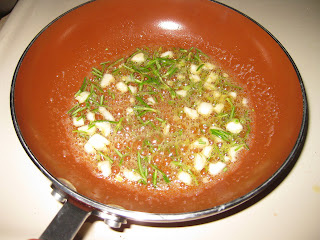 Then I poured the sauce over the potatoes and mixed it around and put them in the oven. 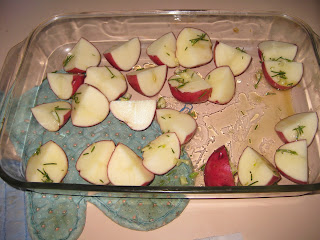 Once that was completed I cut up the sausage and also started the rice. 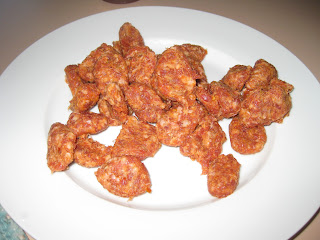 I then added the chicken and sausage and other ingredients to the skillet. 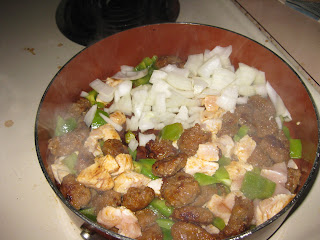 At this point, Sprinkles thought that my computer was something she needed to stand on. 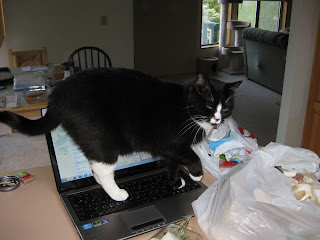 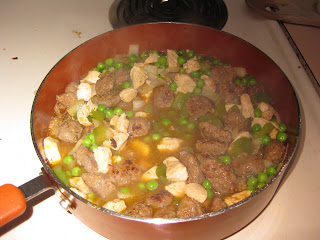 Sprinkles decided to hide in the closet so I followed her and took pictures. 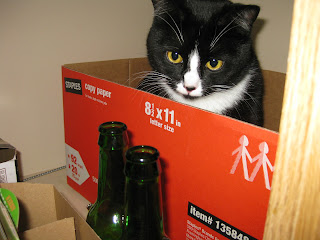 At that time the potatoes were done.  Here they are removed from the oven. 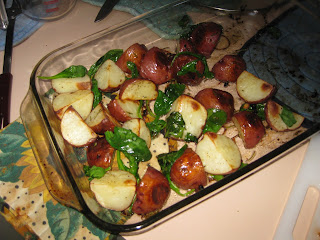 And very quickly after that the rice was done and I added it to the main dish.  I didn't cook it it at all I just mixed it together and let it sit for a little while before eating. 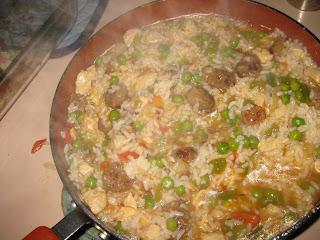 I thought that this was a really great dish.  It tasted great and I think that the potatoes complemented the dish well.  It has been awhile since I had this, but I remember really enjoying it.