Our last day in Munich, was not spend in Munich, we took a trip to Dachau and then headed to the conference.

Dachau Castle Grounds
Unfortunately, everything was closed.... So we just walked around, it was kind of interesting as the city is older than Munich, but wasn't what we had been planning on. We were able to sneak (through an open gate) into the english garden of the castle, which was pretty cool.

A Panorama of the Castle and surrounding grounds. Or as Eric would call it a "Panoramajama" 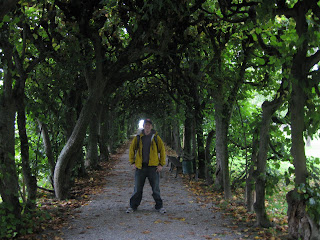 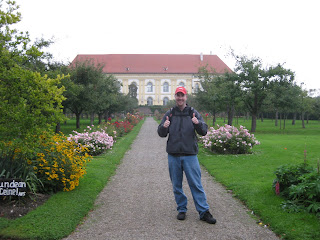 Me and the Castle

Herrsching
We next went to the conference. Since we are cheap we walked the 2 km from the train station to the hotel. As you can see in the picture below the weather is perfect. 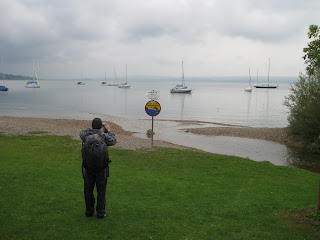 So far the conference has not had a lot of picture opportunities, other than perhaps the rather sketchy laundry room that I used....

Hope you enjoyed the pictures... more to come once we turn our room into the party room ;).

We touched the lucky lions twice today (Sunday), so we may have been tempting fate a little bit. Eric's (at the moment) non existent post will probably tell more of the story. He is doing conference stuff. I wasn't required to stick around .... so I only stayed for half. 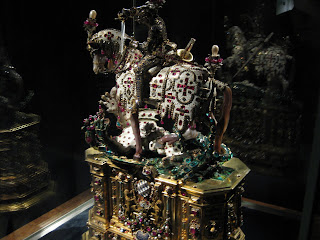 This statue, has an amazing amount of diamonds and precious pearls on it. It is of St. George slaying a dragon. 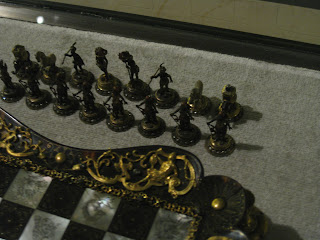 These are some of the pieces to a cool chess set, which Eric is sure to blog about, very intricate, much like everything else in the treasury. 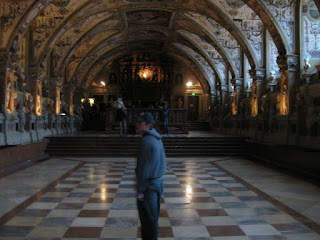 Eric checking out the Antiquarium, which is the oldest room in the building and had some cool busts of people, like Ceaser, and a lot of people I don't know.

The Street Festival
After we touched the lions the first time we had no idea what to do, so we decided to walk along the street. Like magic a street festival appeared before our eyes. Despite the rain we slogged our way to the end, stopping for some currywurst along the way. 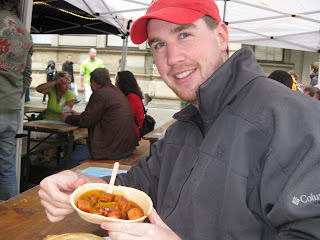 We saw a lot of booths and some dancers and a lot of rain, one booth in particular caught my eye. 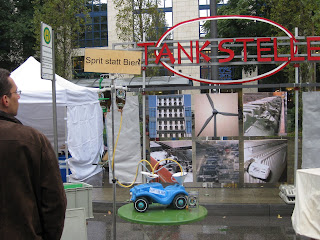 A Car that runs on beer?? Isn't that better suited for drinking?
After we finished walking through the street festival we debated touching the lions for a second time. Eric said it would be greedy, I said it would be fine.... the result was.... us drenched in rain for the walk back and all the buildings we wanted to go to closed... perhaps Eric was right.
Posted by The Elephant at 5:40 AM No comments:

Another Day in Germany. This time we are going to be staying in a castle, which is very cool. This happened last night, but sadly there was no internet connection. I am sure Eric will provide more information, but here are some pictures to help pass the time. Ice Cream, It's whats for dinner

So the castle is really cool, but sadly, they have no food, so we take an excursion to the town of Pullach, to find a grocery store. We buy 8 ice cream sandwhichs, and some other, non important, real food. 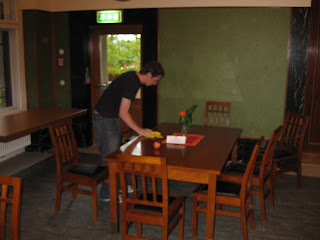 So we got breakfast for free, but we had to bus and clean our tables. Eric did it very well... I just took pictures. 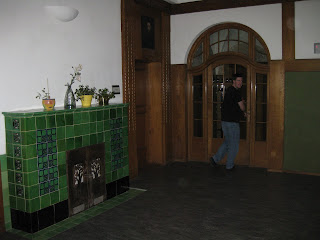 Exploring the Castle
So instead of taking the non-existent tour we instead wondering around the castle trying to open random doors. 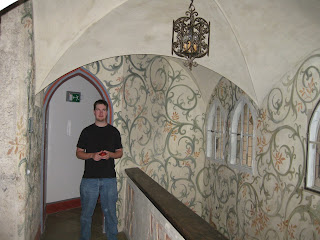 We found this kind of cool room, but we mostly wanted to make it to the top of the castle tower. We eventually found the staircase and started climbing, we nearly made it to the top before we ran into: 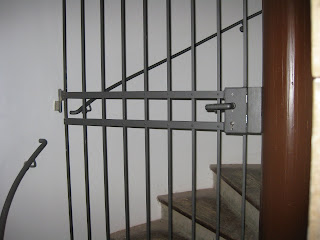 Luckily for us there was still something cool at the "top" of the tower. An awesome and slightly smelly bathroom. 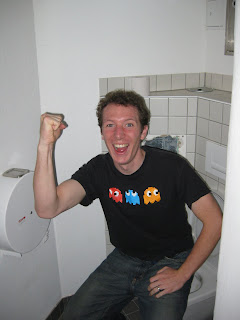 I guess he really has to go?

A Panorama of the Castle Courtyard
Posted by The Elephant at 10:22 AM No comments:

So... my camera was on the fritz for a bit... nothing a few euros couldn't fix and make me feel really stupid. Basically, I forgot to charge my battery before I left. :(
Anyway, here are some pictures to accompany Eric's previous blog post. 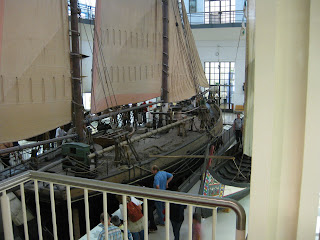 This was the leading boat at the marine exhibit. It was, uh... cool? 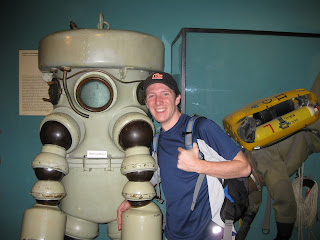 Don't Touch!
This robotic looking object was actually a deep sea diving suit. It had a don't touch sign on it... Eric touched it anyway. 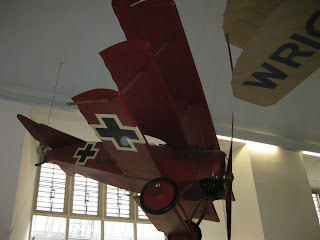 This was part of the aviation exhibit at the Deutsches Museum, It couldn't find any information about whether it actually was the Red Baron's plane, but I also didn't find any that said it wasn't. So I will assume it was. 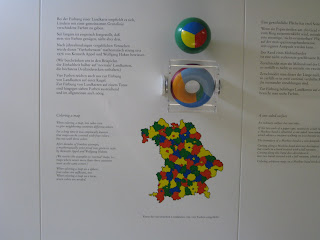 They have Map Coloring in Germany too!

So this may not excite a lot of people, or anyone, but I got a kick out of it.

View From the Sundial Garden
This is a panorama of half the view from the sundial garden. It was at this moment that my battery died. So I have no more pictures of the day....

Hope you all enjoyed it!

Posted by The Elephant at 9:55 AM No comments: