Houston we have a ..... Johnson Space Center

Recently I took a trip to Houston to go to the Johnson Space Center and a Houston Astros game.  It was kind of a long drive, but it was a really fun day, so it was worth it.  I went with Kyle (one of my roommates from last year) and Dave (his roommate now) who both work at NI with me.


When we were looking up stuff to do, we first noticed that they had a video presentation on the Mars Curiosity rover.  We got there about 15 minutes before it started so we just got in line for that.  It started with a little video about NASA, which we all had to stand for, then they let us in to the theater area so we got to sit and listen to a talk about mars and the rover.  It was pretty cool, but definitely aimed at the younger members of the audience. 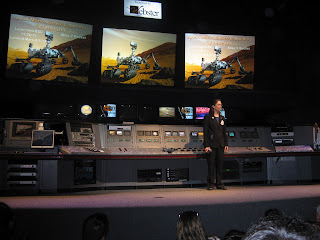 Once we were done we wanted to do the tram tour which takes you to mission control and to see the rockets. Unfortunately, due to some stormy weather, read lots of rain and maybe lightning, the trams were cancelled for most of our time there.  Despite this people still lined up: 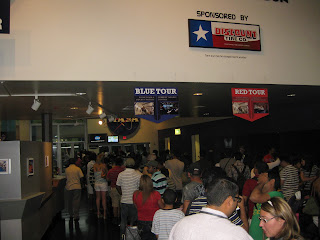 So instead Kyle and I went in this flight simulator ride, where we got to control this little thing.  Inside we were in a pretend F-16.  Kyle flow and I shot things.  In 5 minutes we shot 17 enemies and got the Ace rating!  Also we flew upside down a lot, so that was fun! 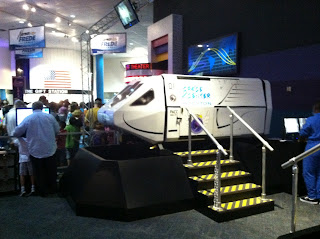 Afterwards the tours were still cancelled, so we just walked around and explored a bit.

There was this little simulation thing of how the engines worked.  And it was running on LabVIEW, so Dave and Kyle had to take pictures of it. 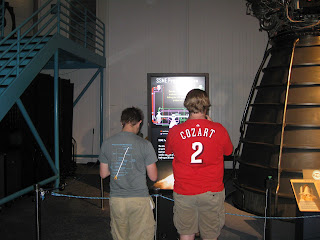 Next we went up to the replica space shuttle that was embedded in the wall.  It was I guess a place that they practiced and stuff. 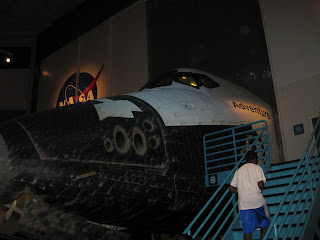 The thing I found most interesting was their bathroom... which was mostly just a closet. 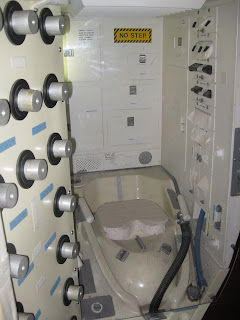 After we were doing looking around, we went to the spaceship galleria, which was a video of all of the stuff that NASA has done and some of JFK's speeches.  It was pretty good.  They also had the lectern from JFK's famous "We choose to go to the moon speech" 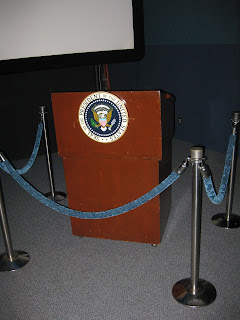 After the video was over we got to go into this gallery that had a bunch of the actual spaceships that had been in space, which was really awesome.

This was the Faith 7, which was the last spaceship of the mercury program.  It looked so cramped and I can't imagine going anywhere in it for long periods of time. 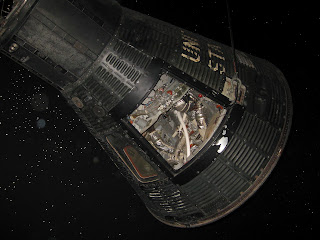 Then there was this Gemini spacecraft, which was a 2 person space craft. 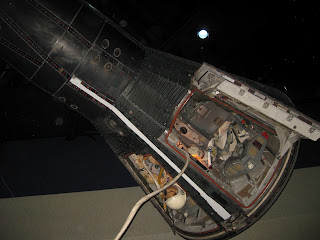 Finally, there was the Apollo 17 capsule, which was pretty awesome, it also looked pretty beat up. probably from reentry. 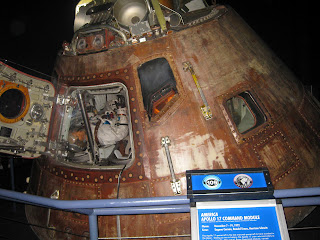 Since we couldn't go to mission control I took a picture of part of Mission control from the Apollo launches.  Not quite as awesome, but kind of close. 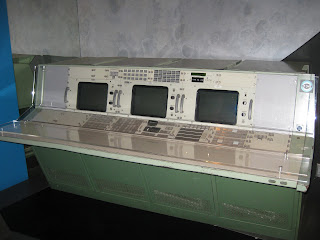 They also had part of sky lap there, well a training version of sky lab.  Some of the parts of it were crazy.  For example, here is the shower.... which was just a tube. 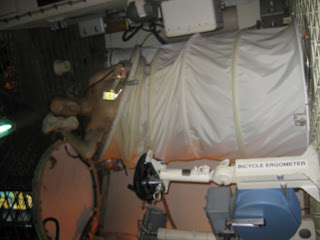 This is the sleeping compartments, which were really small. 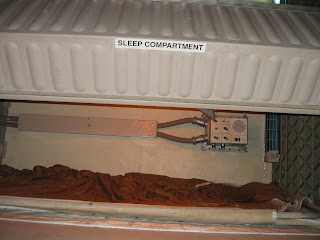 The biggest area was the part, where I guess they exercised... it seemed like a waste of space, but here is an example of a guy floating around. (note: this guy is fake). 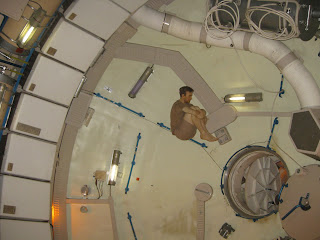 The final part of the gallery was a scary image of  the future astronaut.  It was a robot!!!! 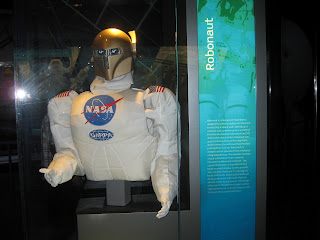 Finally, while most places have dippin' dots, the space center had Space Dots! So I had to get some.  They were pretty much the same, but they did have pop rocks! So it was kind of fizzy, which was an interesting addition. 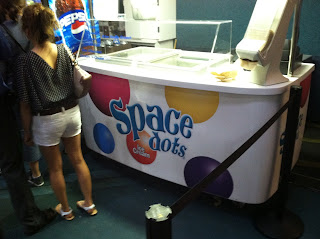 After that we headed out to the game.  We weren't able to do the tram tour, but it was still a really fun afternoon
Posted by The Elephant at 2:58 PM 1 comment: