After a rousing day 1, day 2 started out super exciting with a do or die game of Connect Four.  Riley was so excited that his hair stop on end. 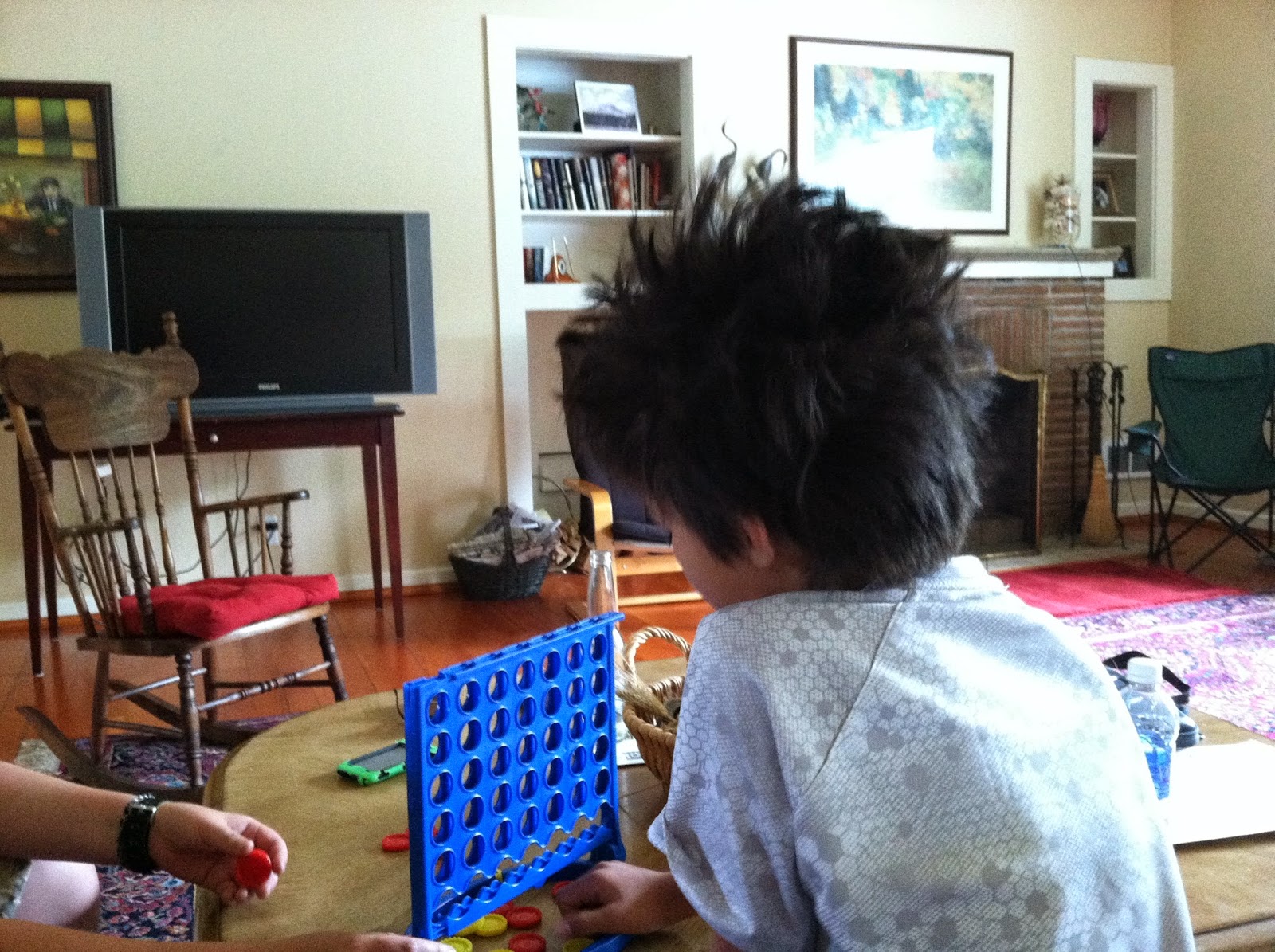 After Riley got tired, Claire and Kyle faced off.  Kyle dominated. 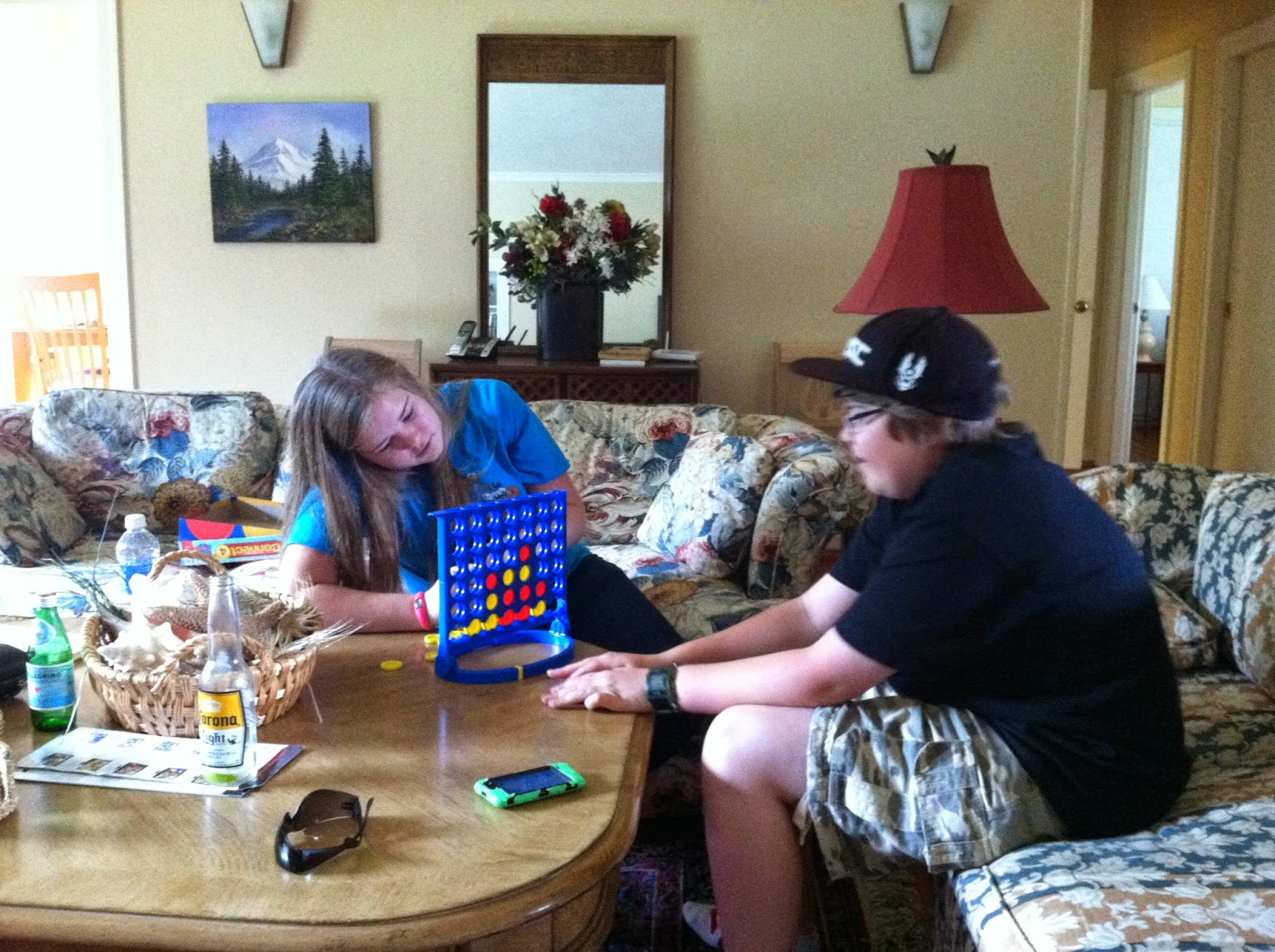 Then we headed out for a walk in Oswald West State Park.  This was to get down to Smugglers Cove and the tide pools.  Here we are heading out.  The path was nice since it went under the road and we didn't have to worry about getting hit by traffic. 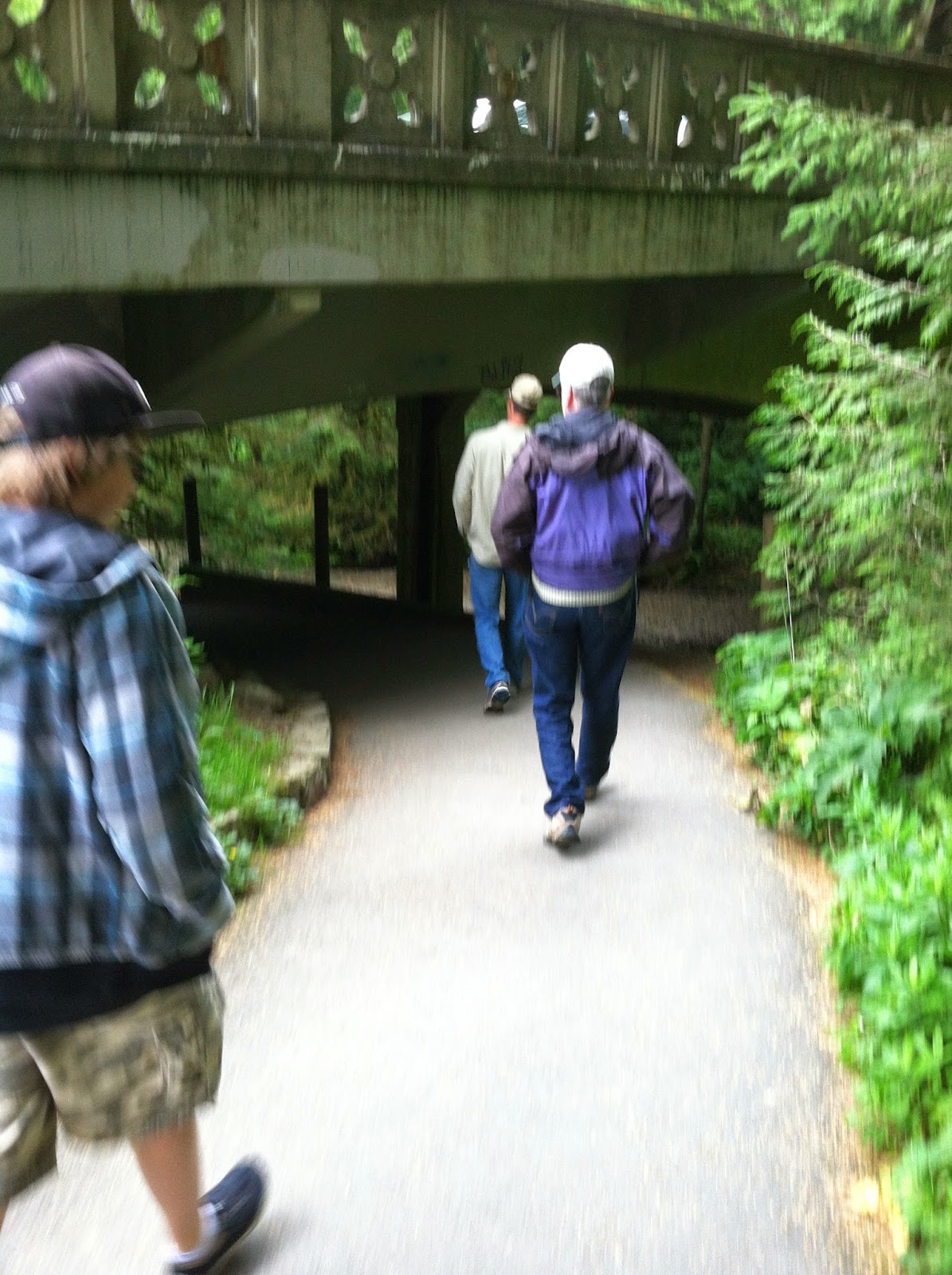 The walk was really cool.  It was basically an Old Growth forest, with some nice trees and a little creek.  This tree had a sign on it from many years ago, but it had grown so much that the sign  was way above our heads.  This sign was informing us that the tree was a Hemlock. 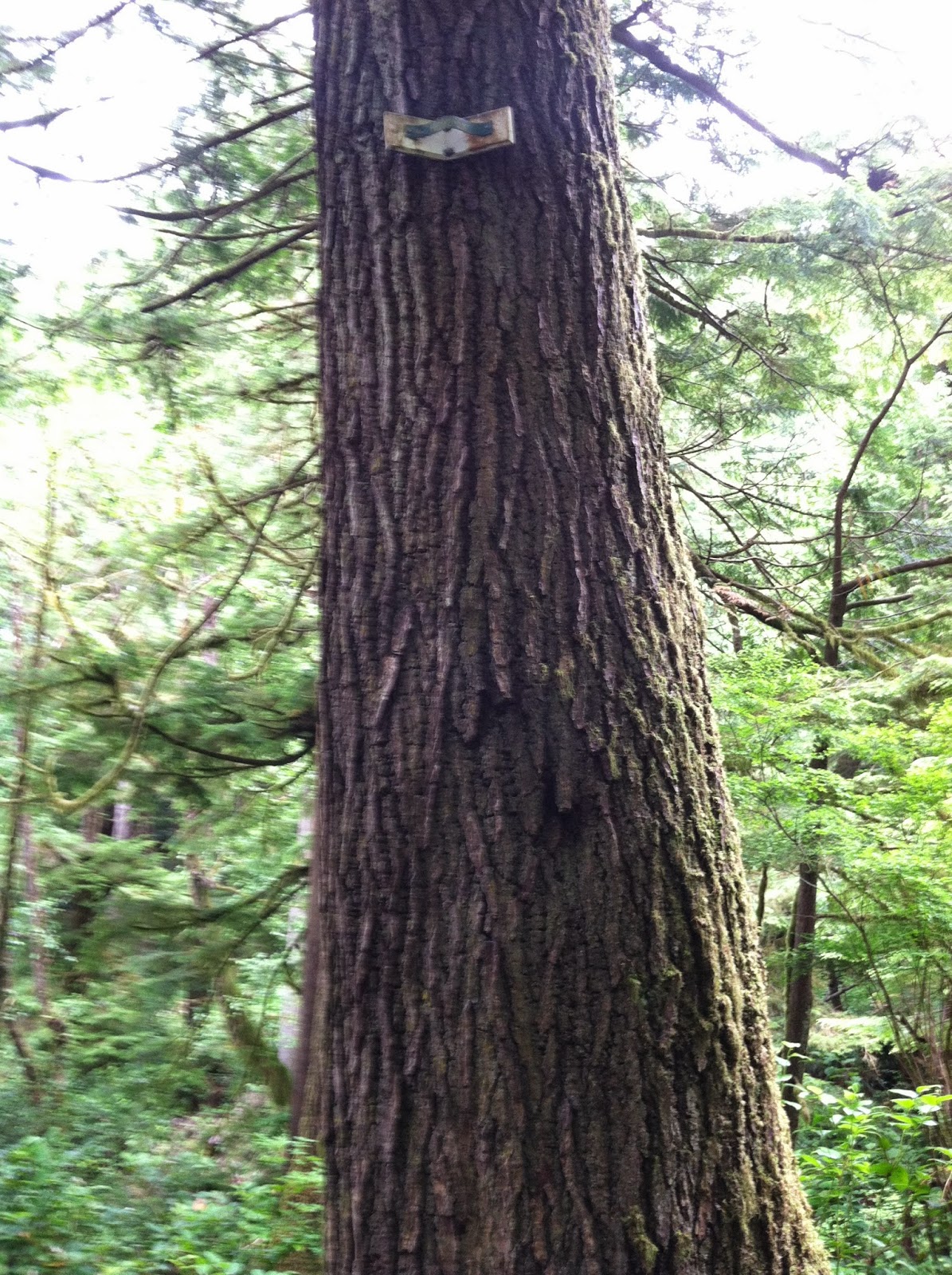 We made it to the beach and after some frolicking in the turf, we headed to the tide pools.  Here are Kyle and Riley checking them out.  We saw a lot of sea anemones and Kyle had fun sticking his fingers in them and having them get a little numb. 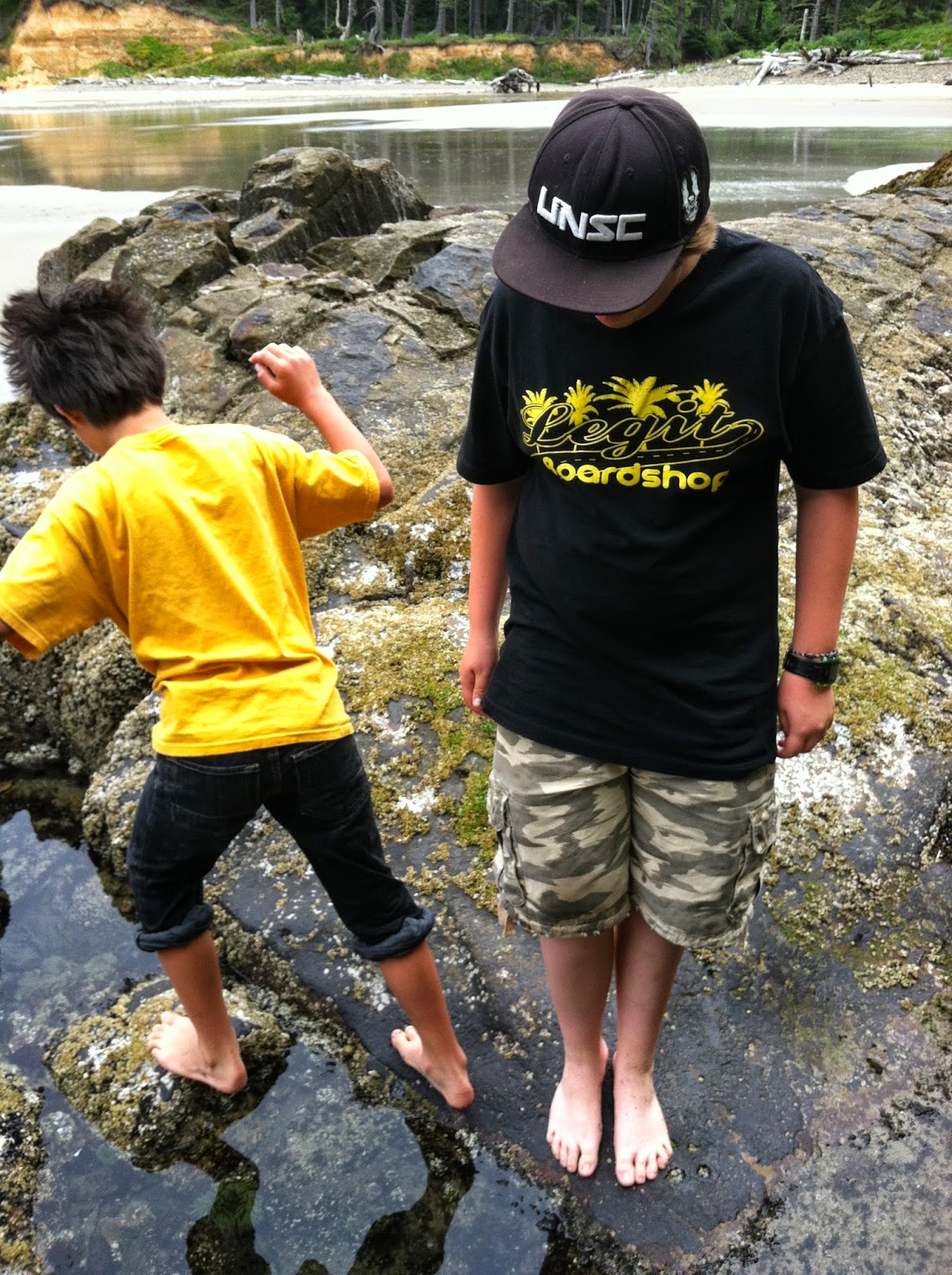 Here is the view of the beach from the tide pools. 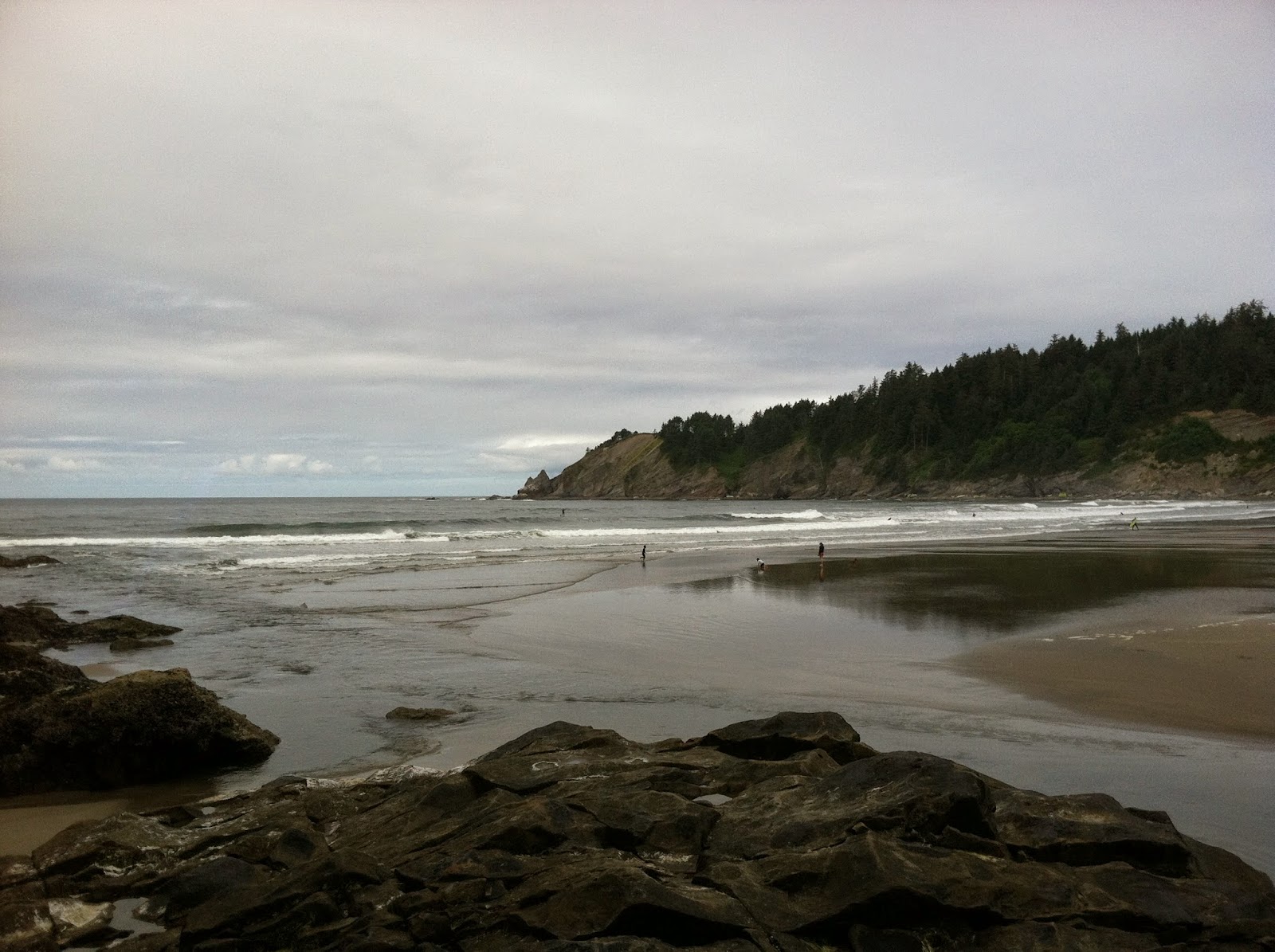 Here is a picture of Riley and his dad Harvey looking at the pools, hunting a hermit crab, while Kyle is looking at... something else. 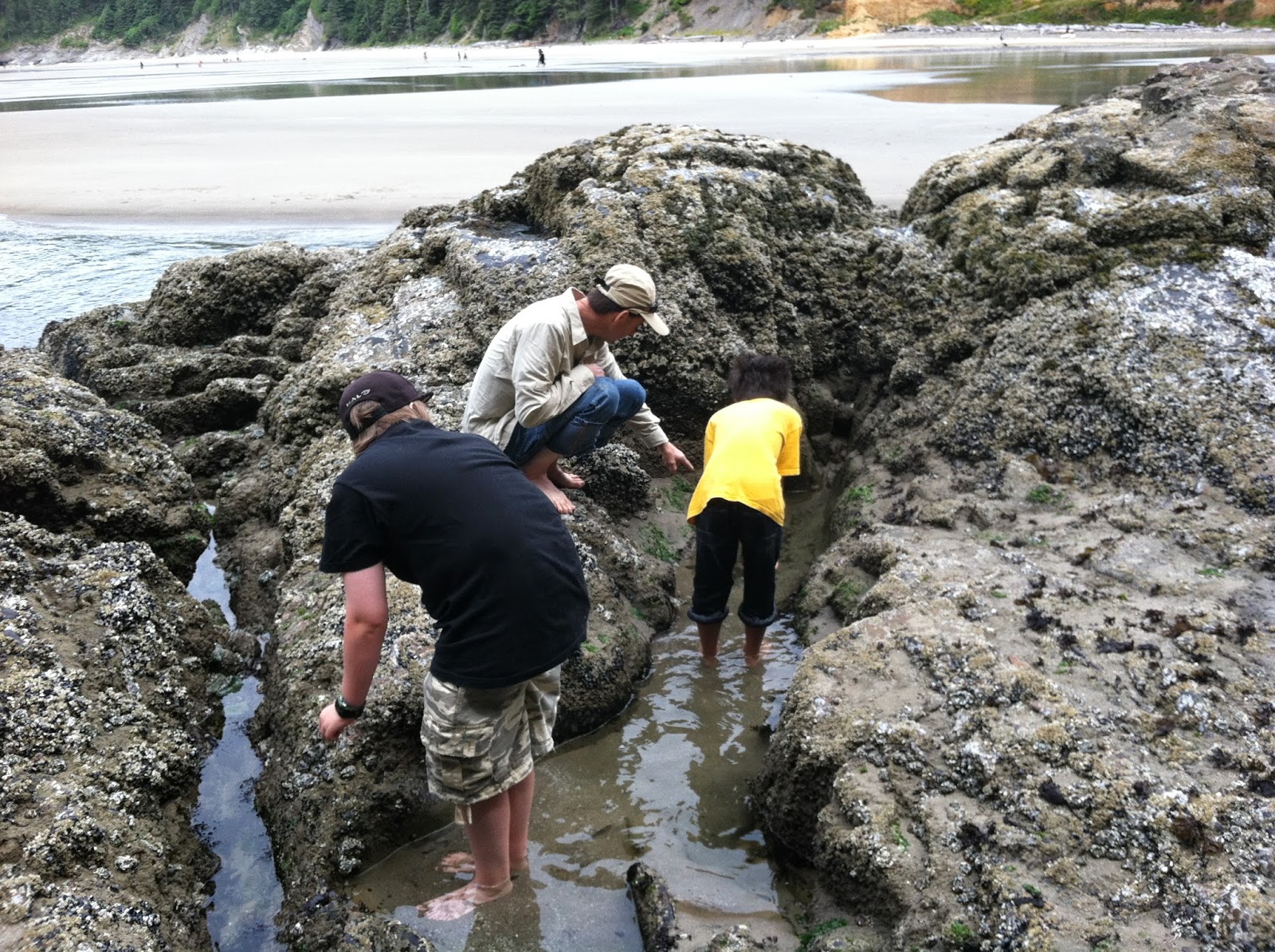 This is Riley after he caught the crab, he doesn't look very excited, but I can assure you he was.  He decided he was going to carry it around with him for a while, but then he slipped on the rocks and it escaped into another pool.  He shrugged and moved on. 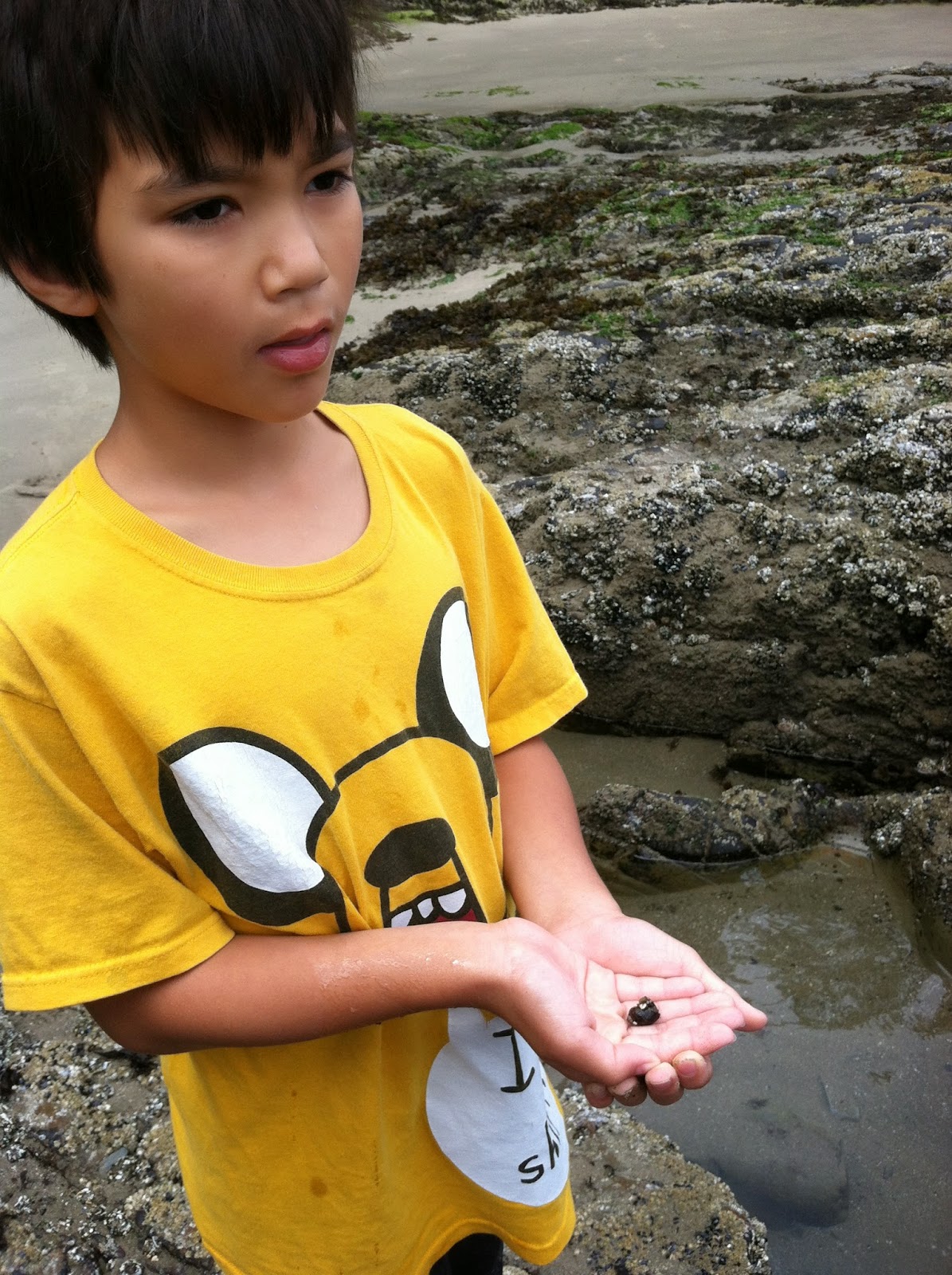 Then we went and tried to catch this little fish that were coming in with the waves.  We were very unsuccessful, though Kyle caught a few.  He and Harvey both ate them.  I am sure that those little fish are now swimming around in his stomach. We heard that there were some starfish at the other end of the beach.  Riley and I found a cave! 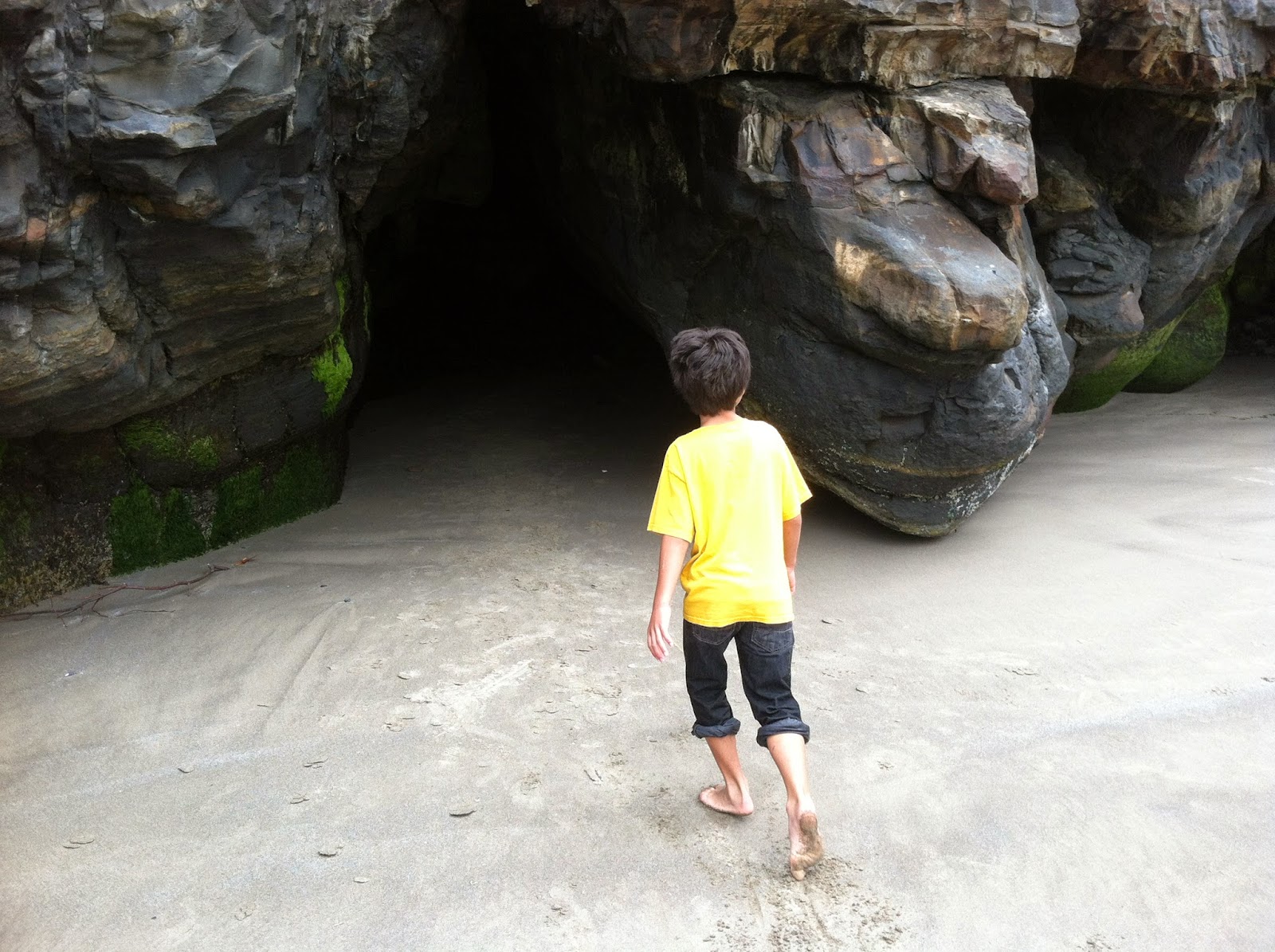 Though it ended very quickly.  I am pretty sure that you could sleep there if you really wanted too.  I don't think that the cave would be very warm, but I do think it would be dry. 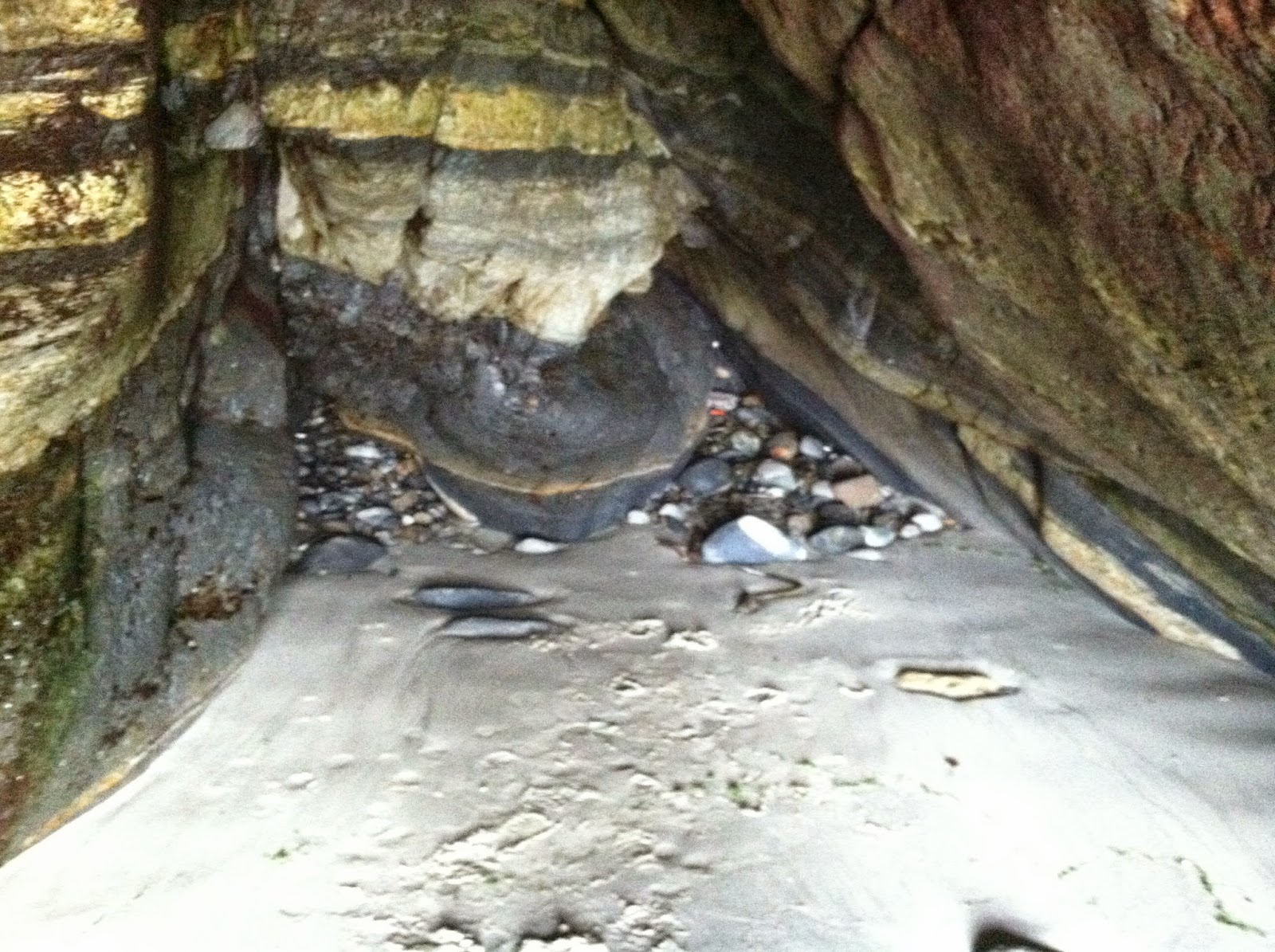 Next to the cave was a nice little waterfall and a bunch more rocks with anemones on them.  There were some rocks were the entire side of the rock was full of sea anemones. 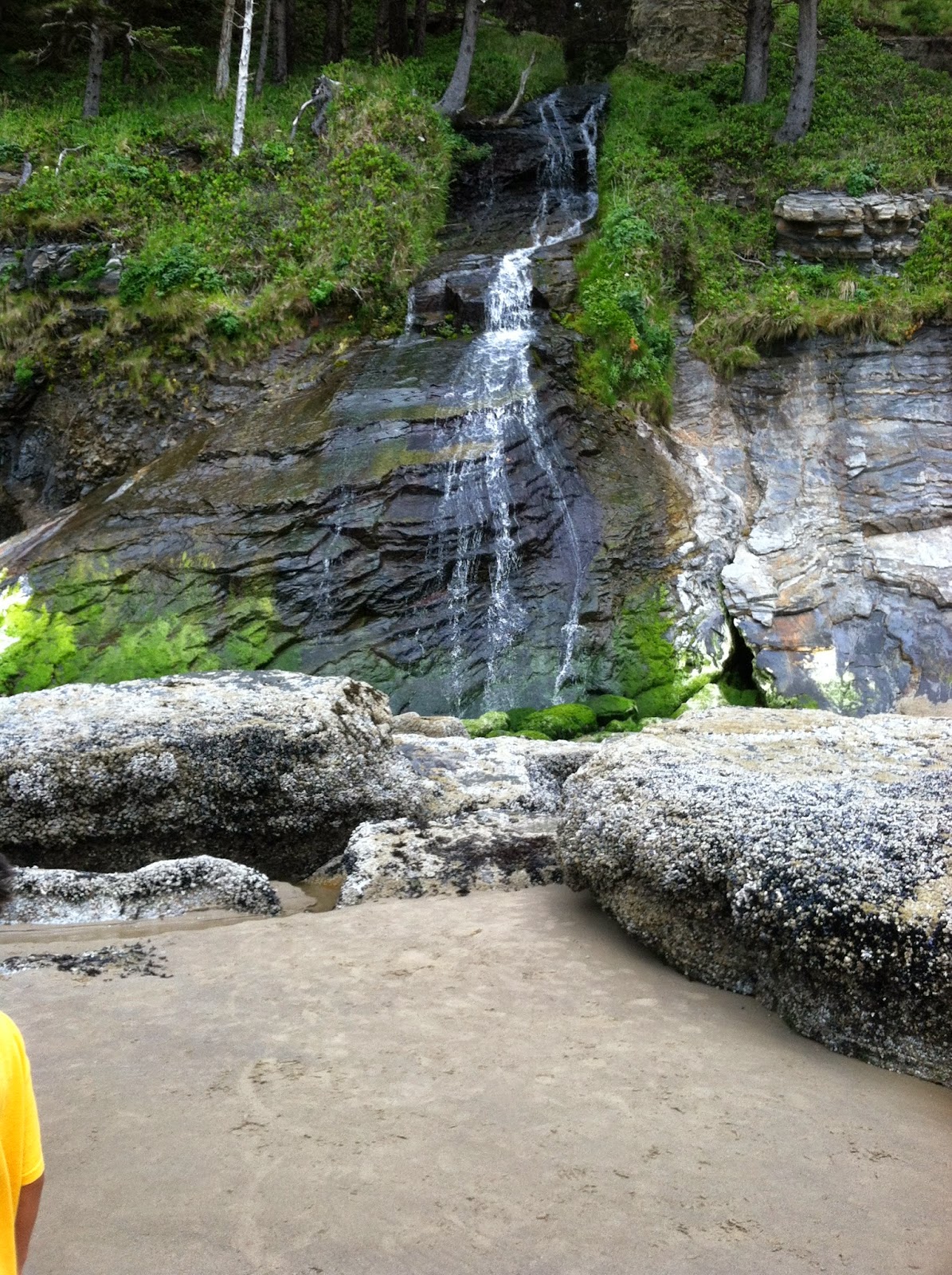 Here is the first starfish that we found.  It was kind of hiding, and we couldn't see all of the legs.  Riley asked where the head was (as in Patrick Starfish). 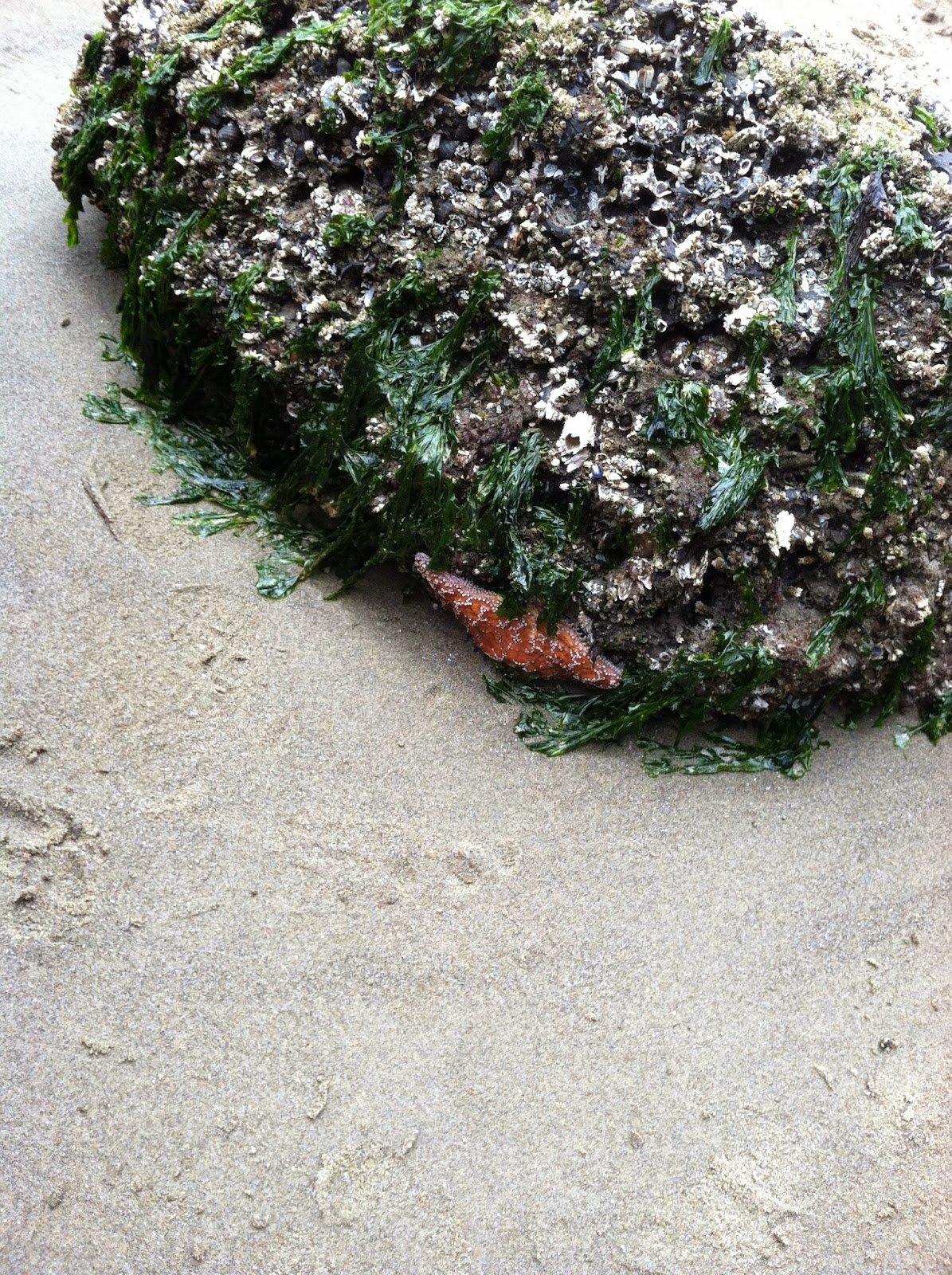 On the way back to the car we played Pooh Sticks, which is a game where everyone drops a stick off one side of the bridge and runs to the other side to see whose comes out first.  This is one of my favorite games.  The best part was when Riley's stick got stick so we all watched it.  This caused everyone walking by on the bridge to stop and stare at the water trying to see what we were seeing.

After getting back from the tide pools we had lunch and then got ready to go Kayaking.  We got 8 kayaks, 7 doubles and 1 single (Kyle).  I ended up kayaking with Riley, which was fun, though very tiring.

I didn't take my phone on the trip, so no pictures of that, here are people coming in. 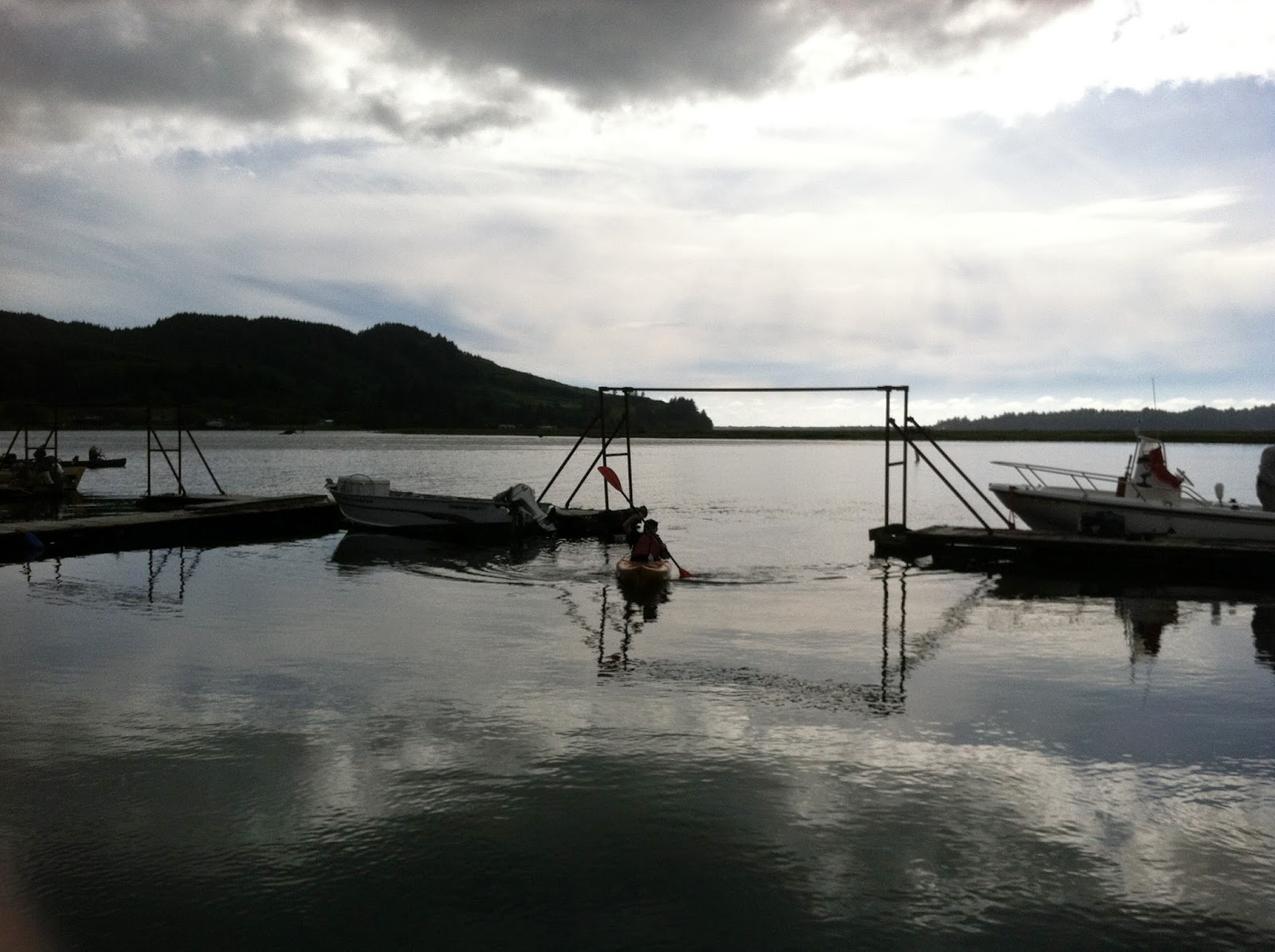 This is Kyle, after the trip. 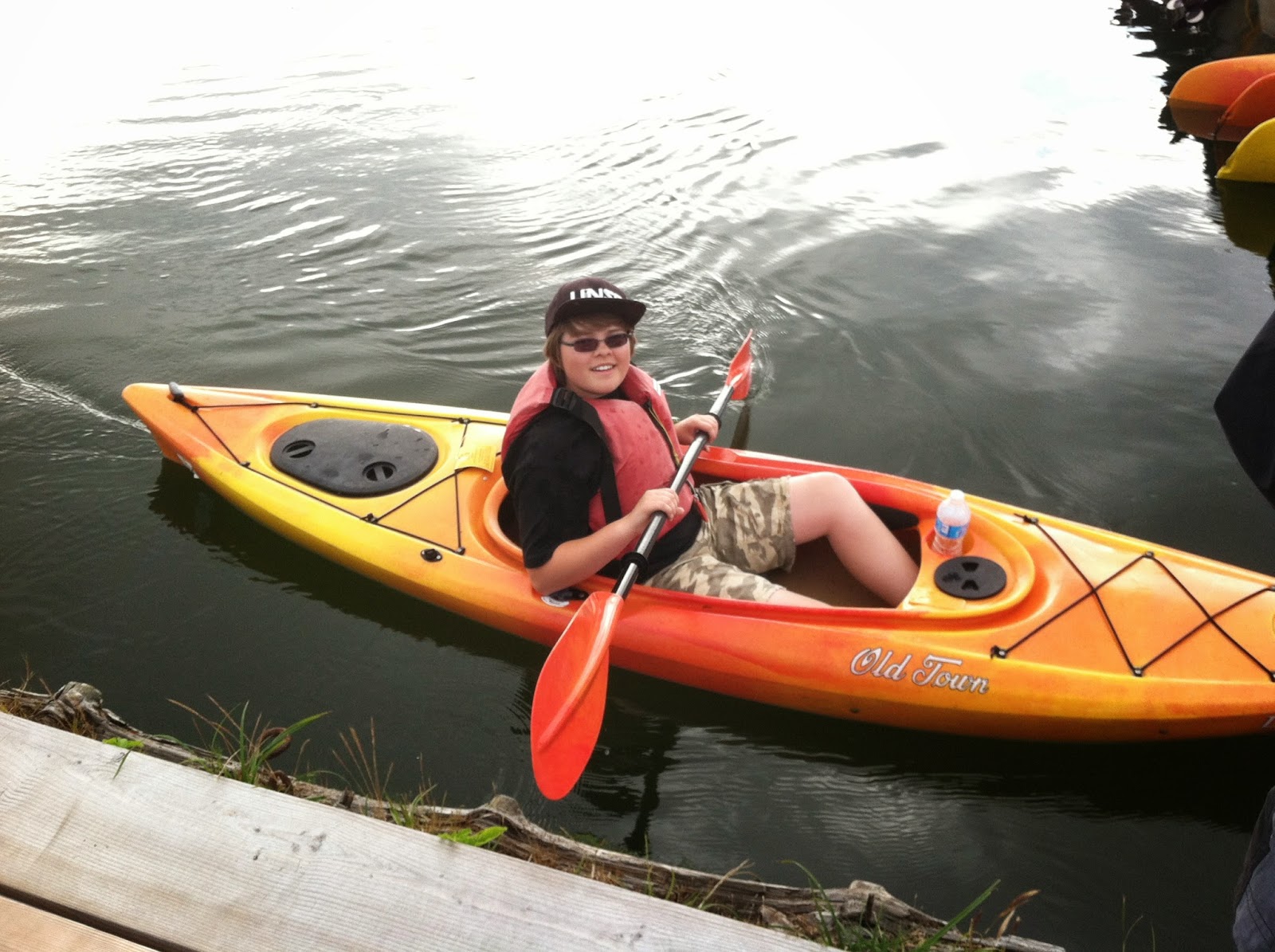 And here is Marissa and Aynika coming in after our journey. 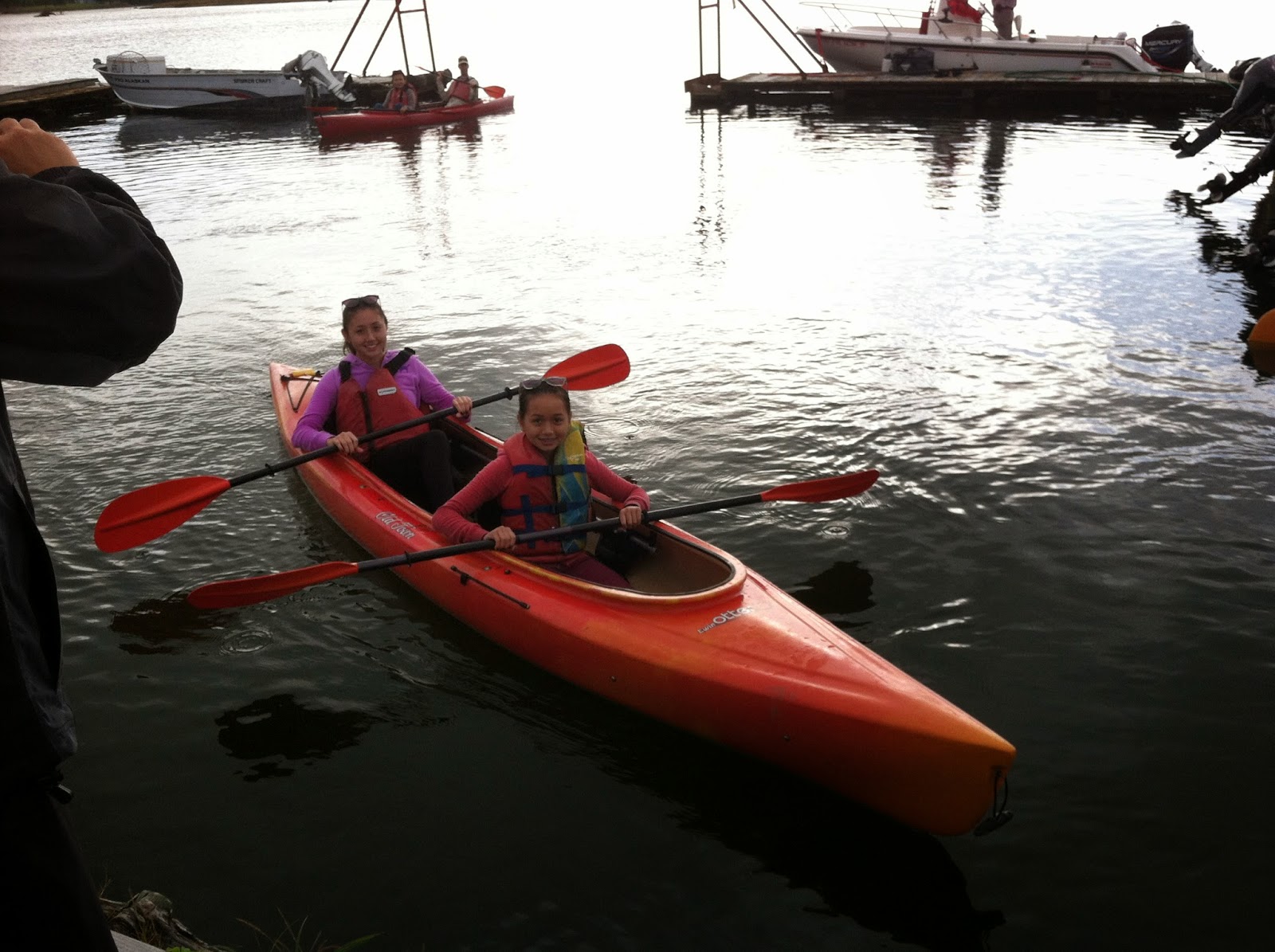 We kayaked for about 3 hours, so afterwards we were all pretty tired, but we came back and had dinner and then another bonfire.  It was another good day.

Here is Riley's summary of Day 2:
Uhm.... it was fun. Uh. I'm not good at dialog.  It was tiring, we kept going kayaking all day. I nearly died. I'm still recovering.
Posted by The Elephant at 2:02 PM No comments:

This week my moms side of the family is having a reunion in Manzanita, Oregon.  The first day was Wednesday, with everyone arriving at different times.  My parents and I arrived first, followed shortly by Harvey, Kim, Haylee, and Riley.

We all bundled into my car and headed down to the beach.  The weather and the sand were terrific. 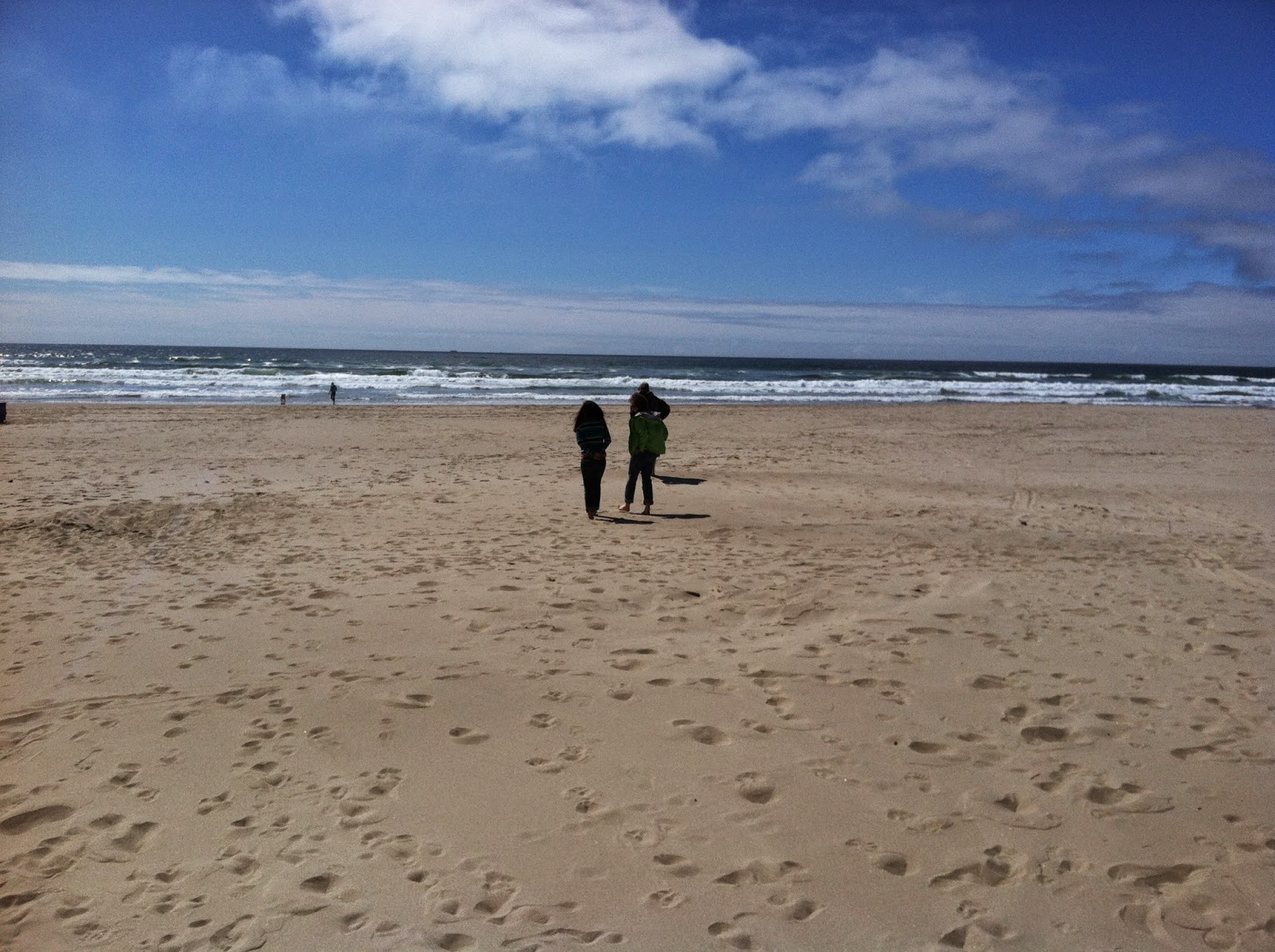 The water was, as is typical in Oregon, very cold. 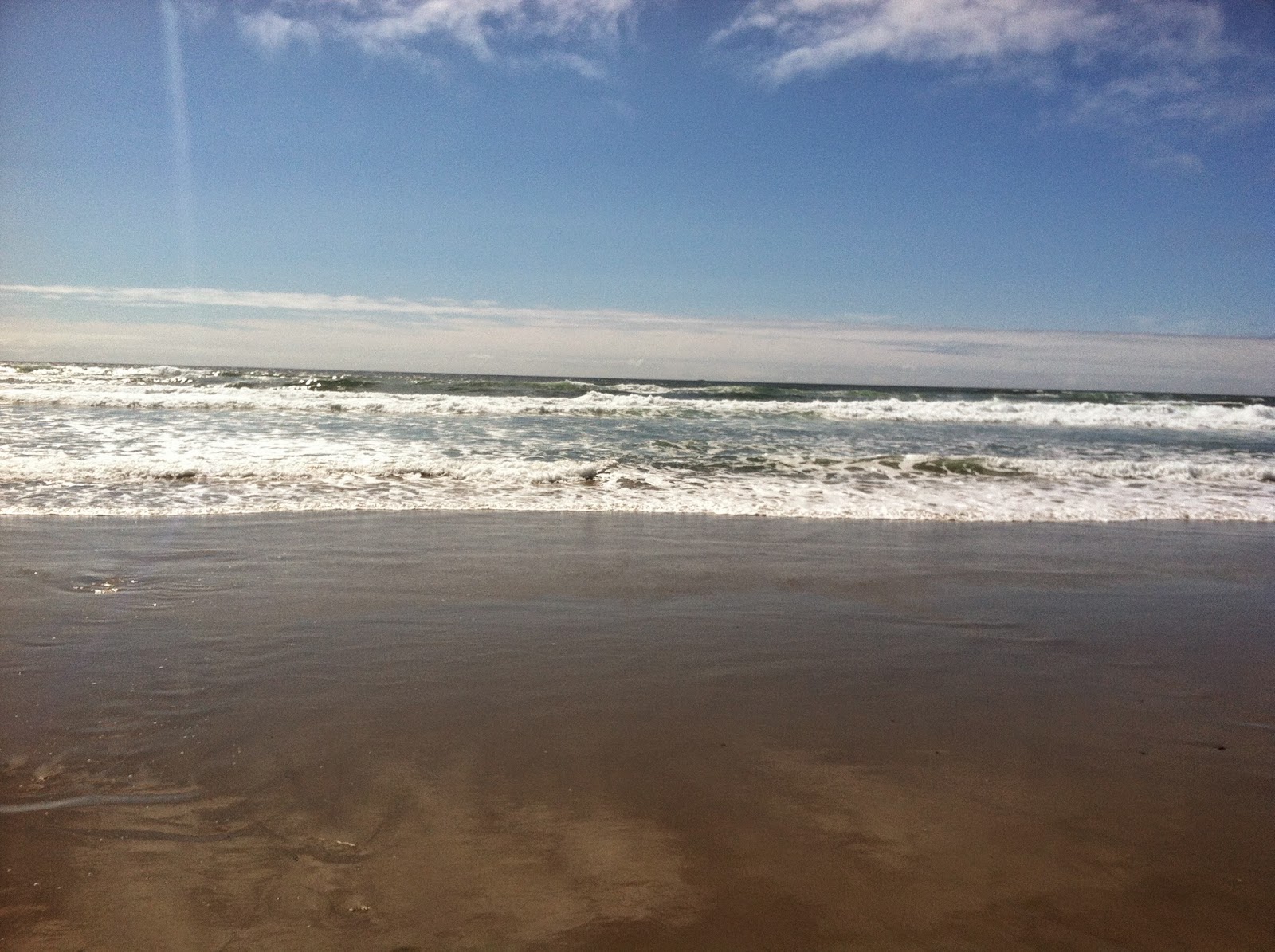 Riley and Haylee searched the beach for shells and sand dollars, unfortunately they were only able to find pieces of sand dollars and cracked shells.  Riley seemed excited regardless. 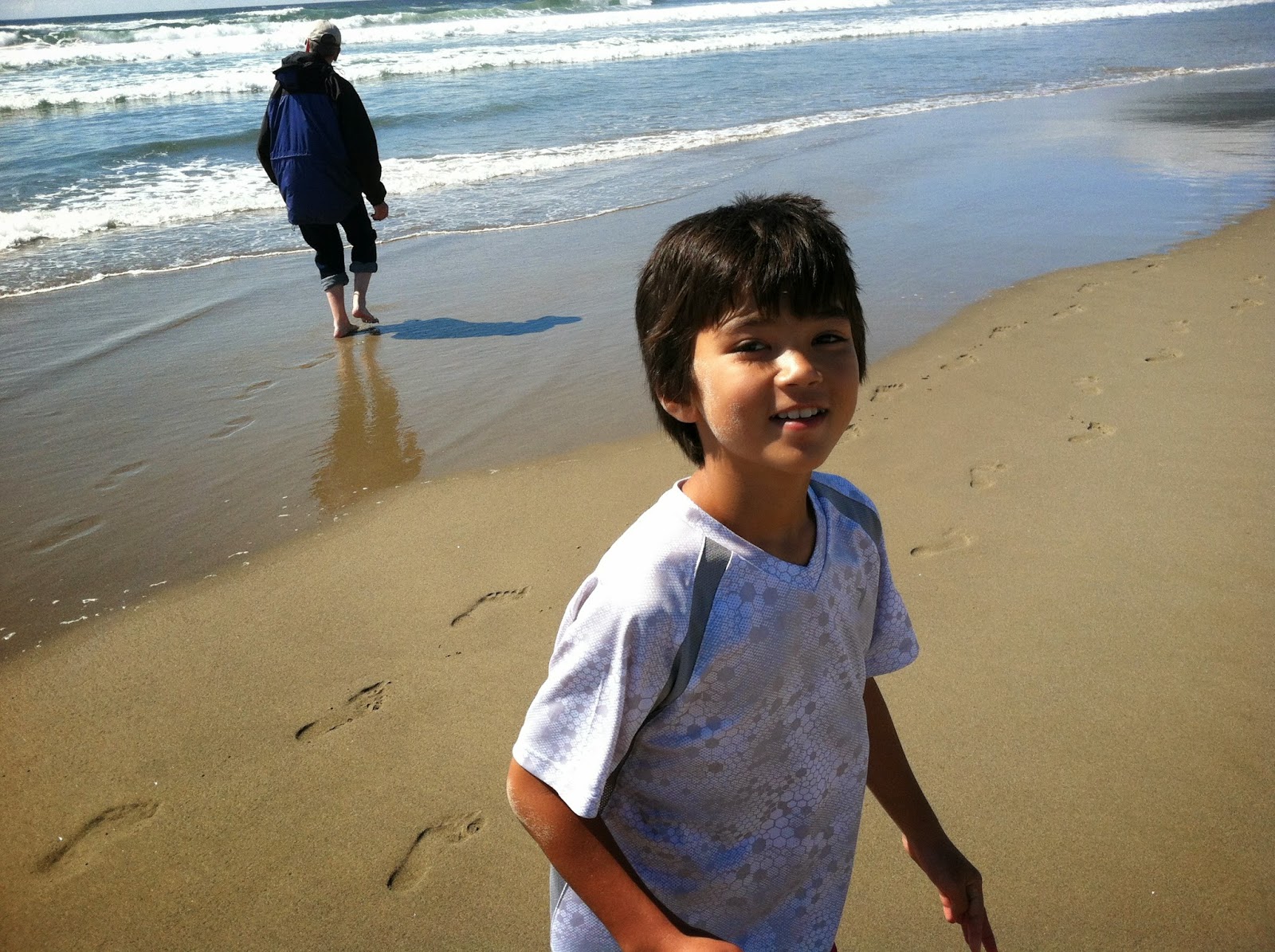 We saw a bunch of these little creatures. They were hopping around the sand and then whenever one of us got close they were pretend to be dead.... which was an effective strategy, since it did keep us from eating them.   After getting back, we looked them up and discovered them to be Sand Fleas. 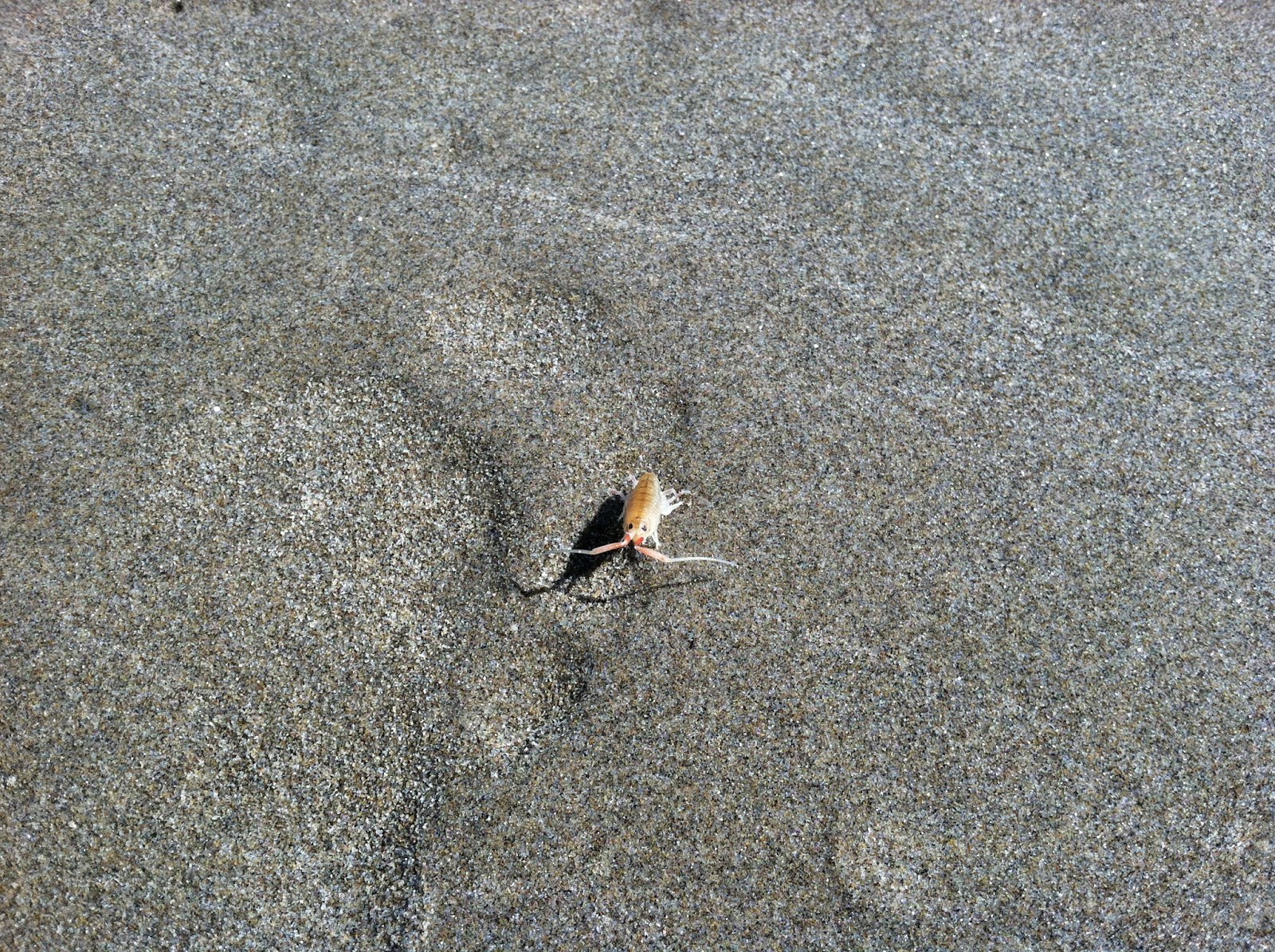 Here is a picture of my cousin Haylee, Aunt Kim, Mom, and cousin Riley. 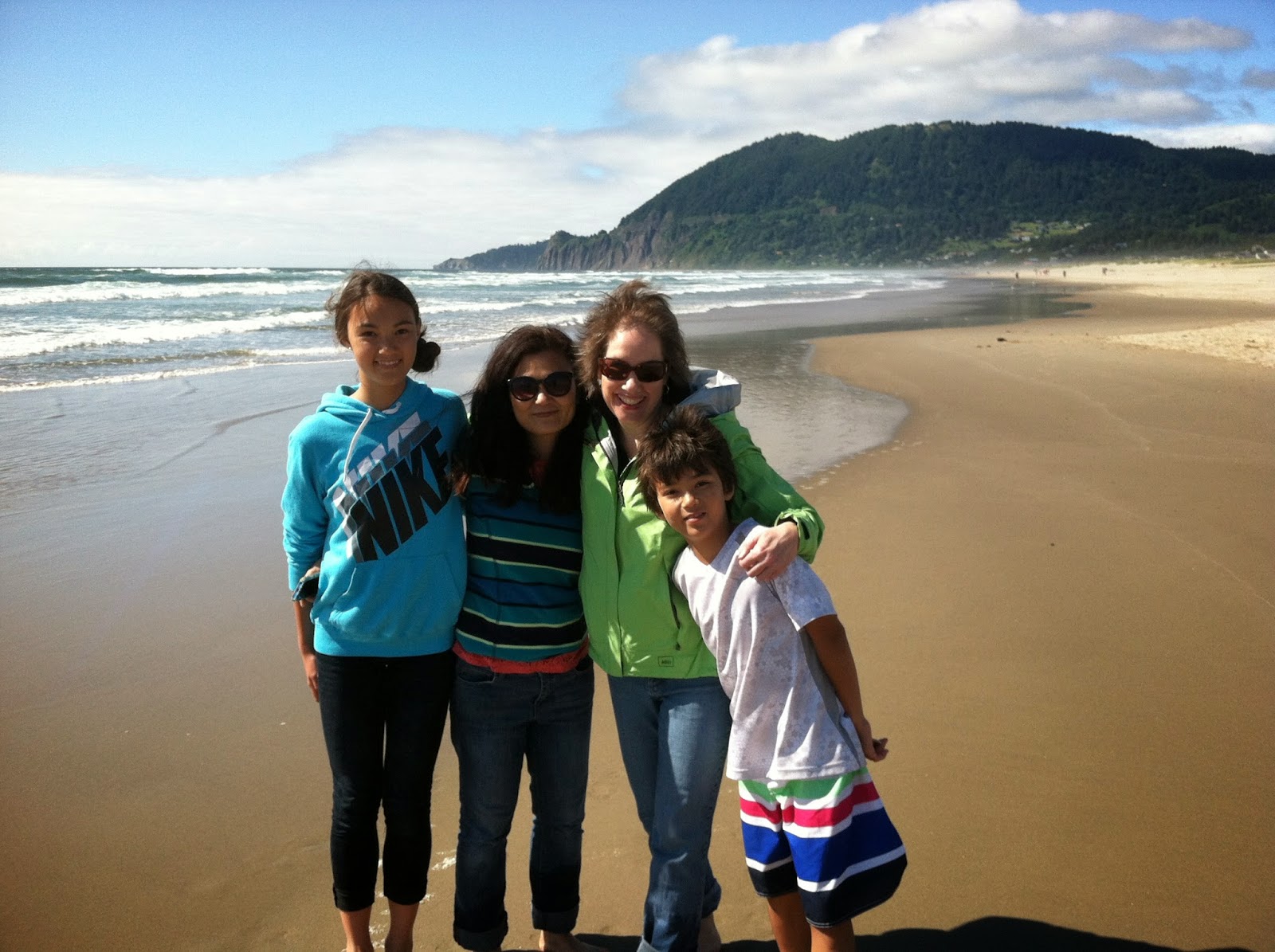 After a while, Riley claimed that his hands were cold, so he buried them in sand to warm them up.... He also claimed that it worked, though it did require doing it several times during the walk back to the car. 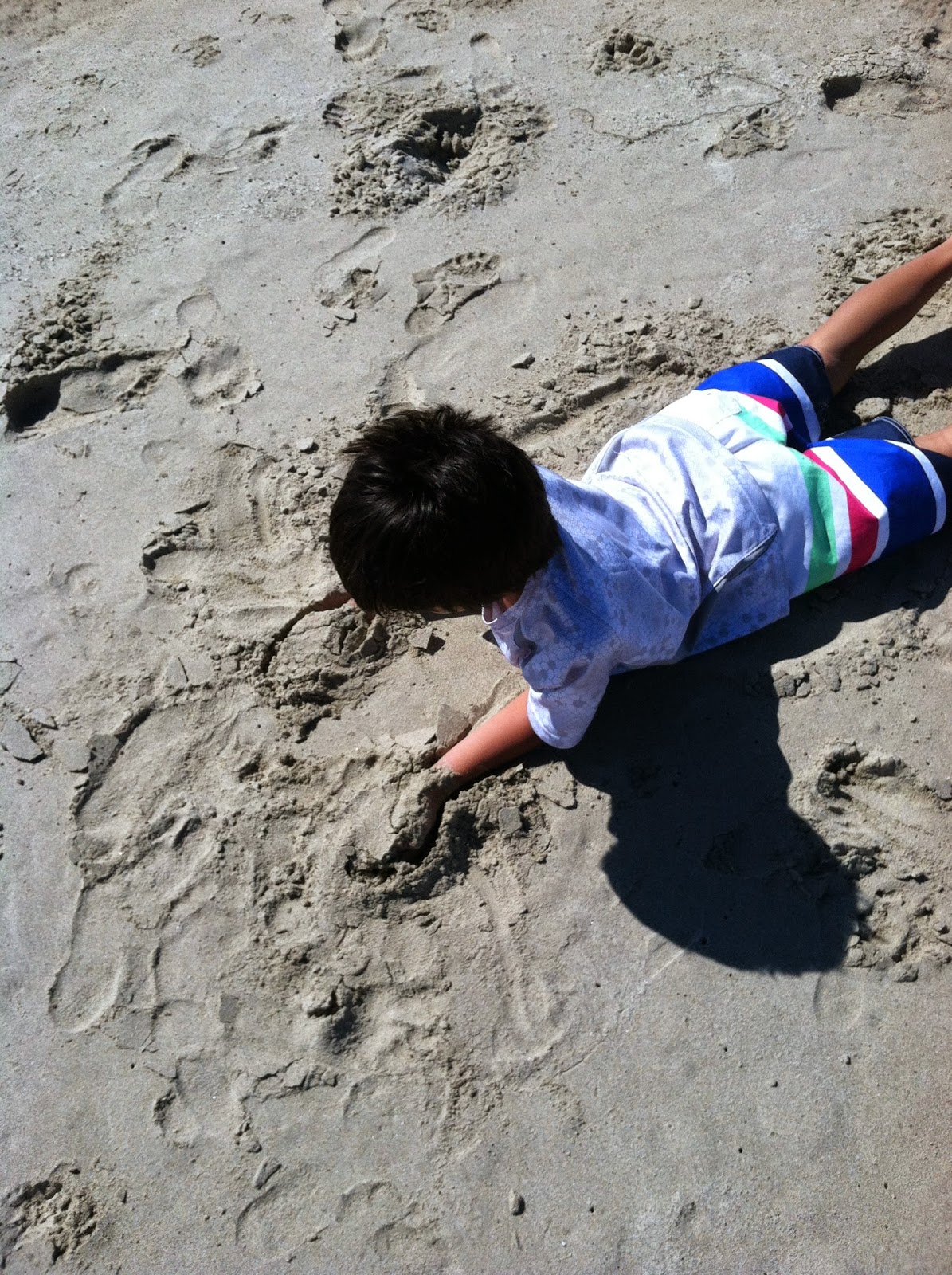 Here is a picture of the house that we are staying in.  It is an old school house that has been renovated so that people can sleep and cook and stuff. 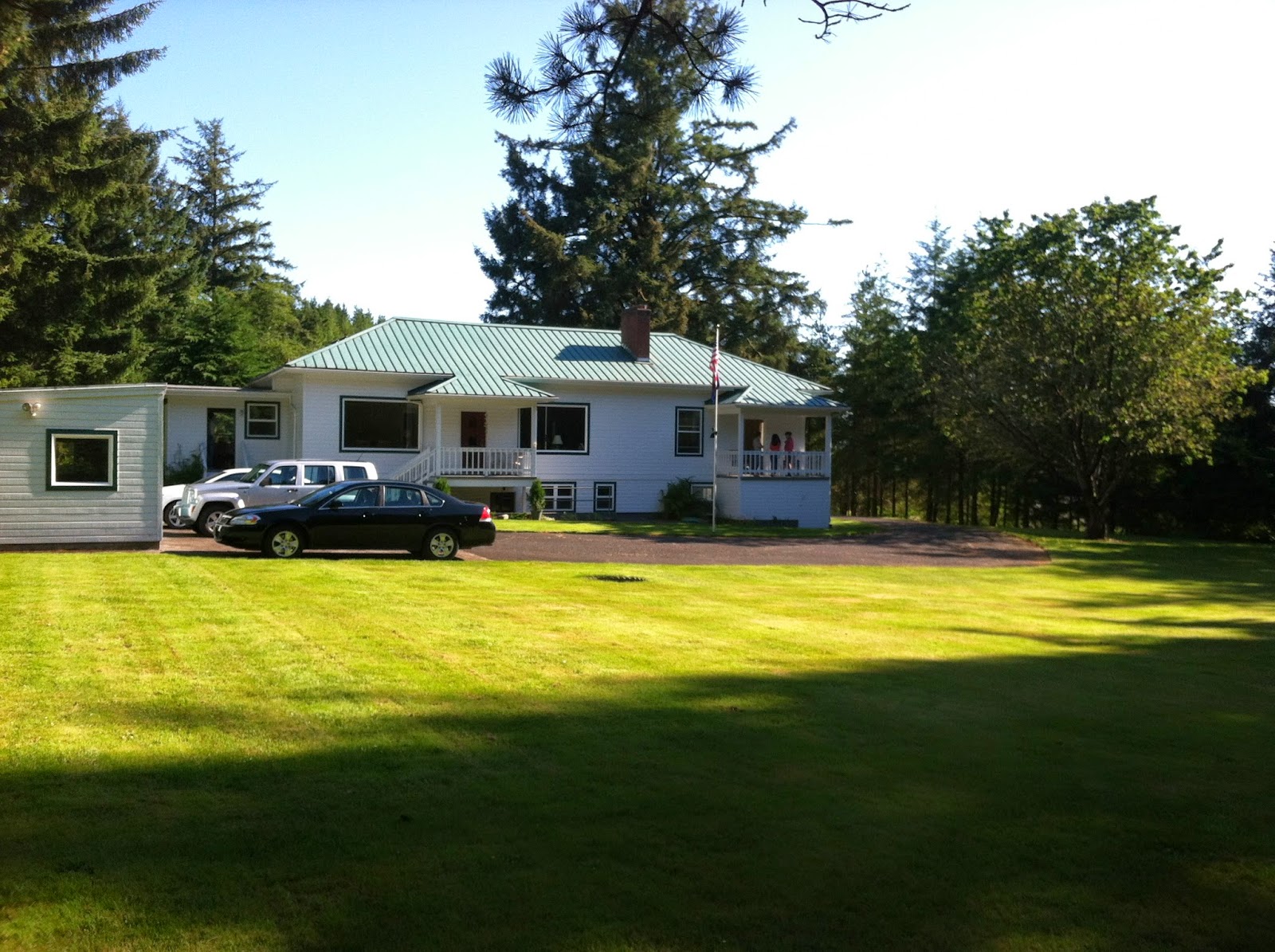 By the time we got back from the beach, Margo, Scott, Kyle, and Claire had arrived.  and my dad started up the grill to make burgers for dinner. 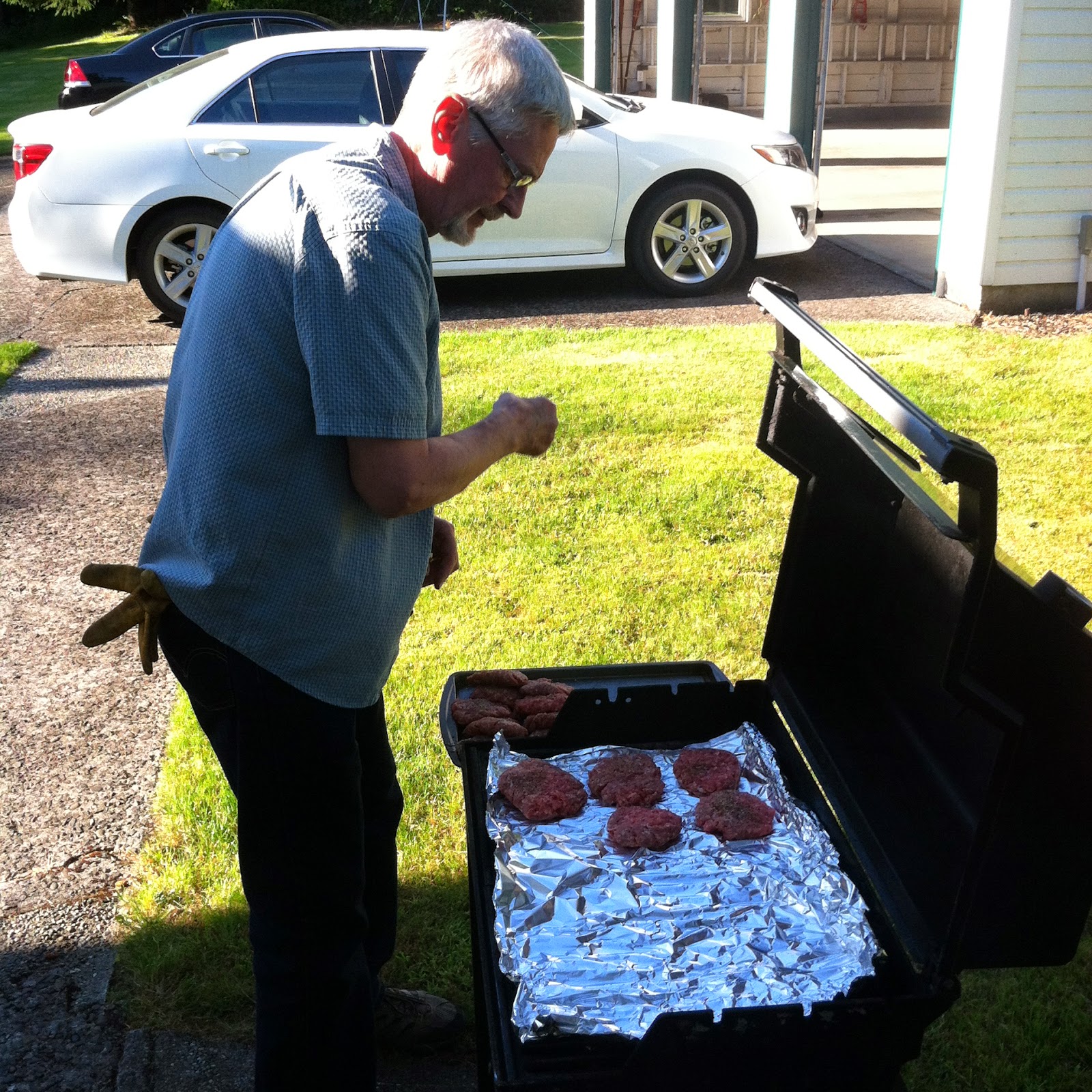 After dinner, the kids and I went down to the beach, where they played beach soccer while I reffed.  Haylee excelled while Riley clearly had the most ground covered. 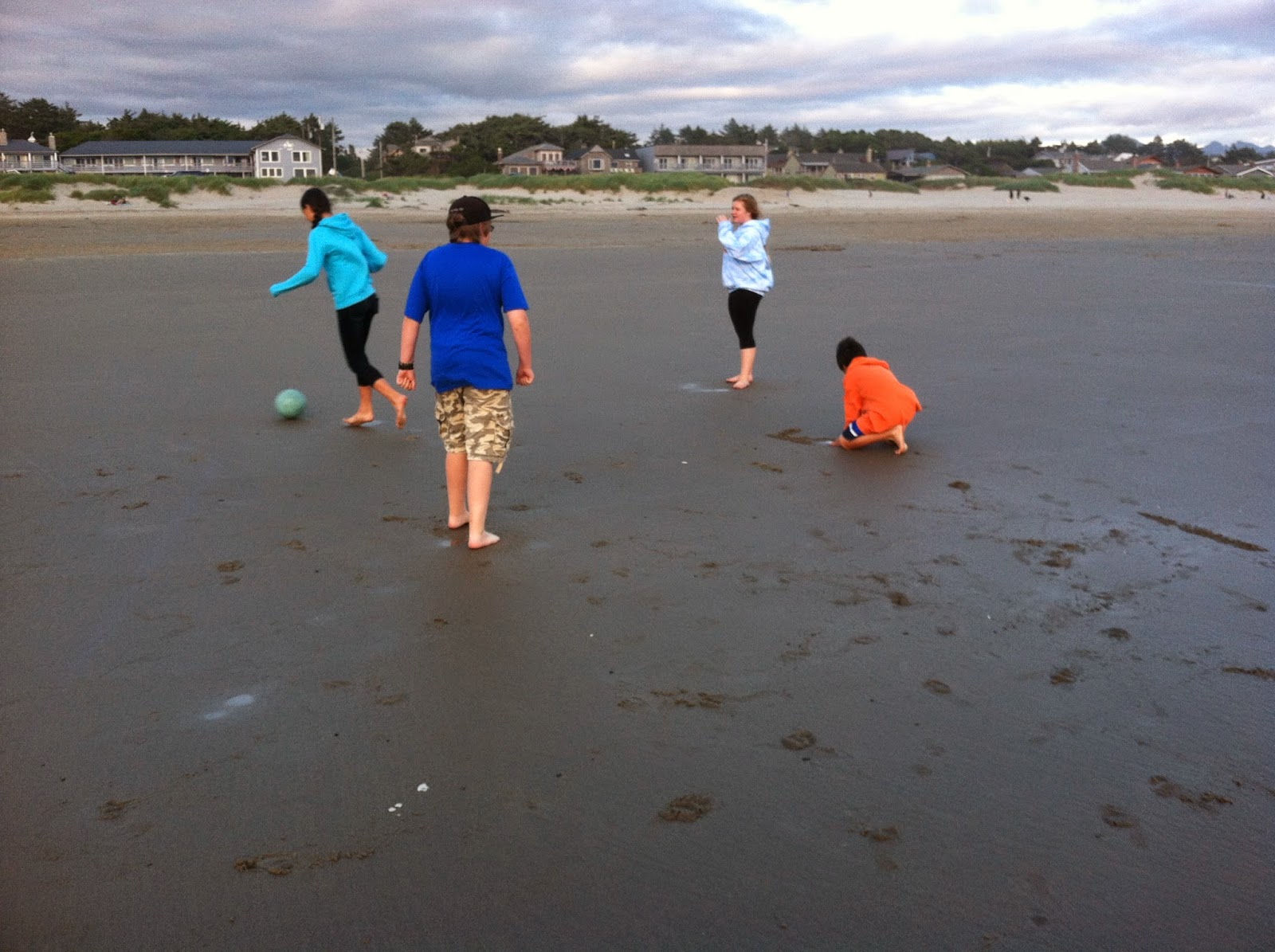 Here is a picture of the beach and the reflection near sunset. 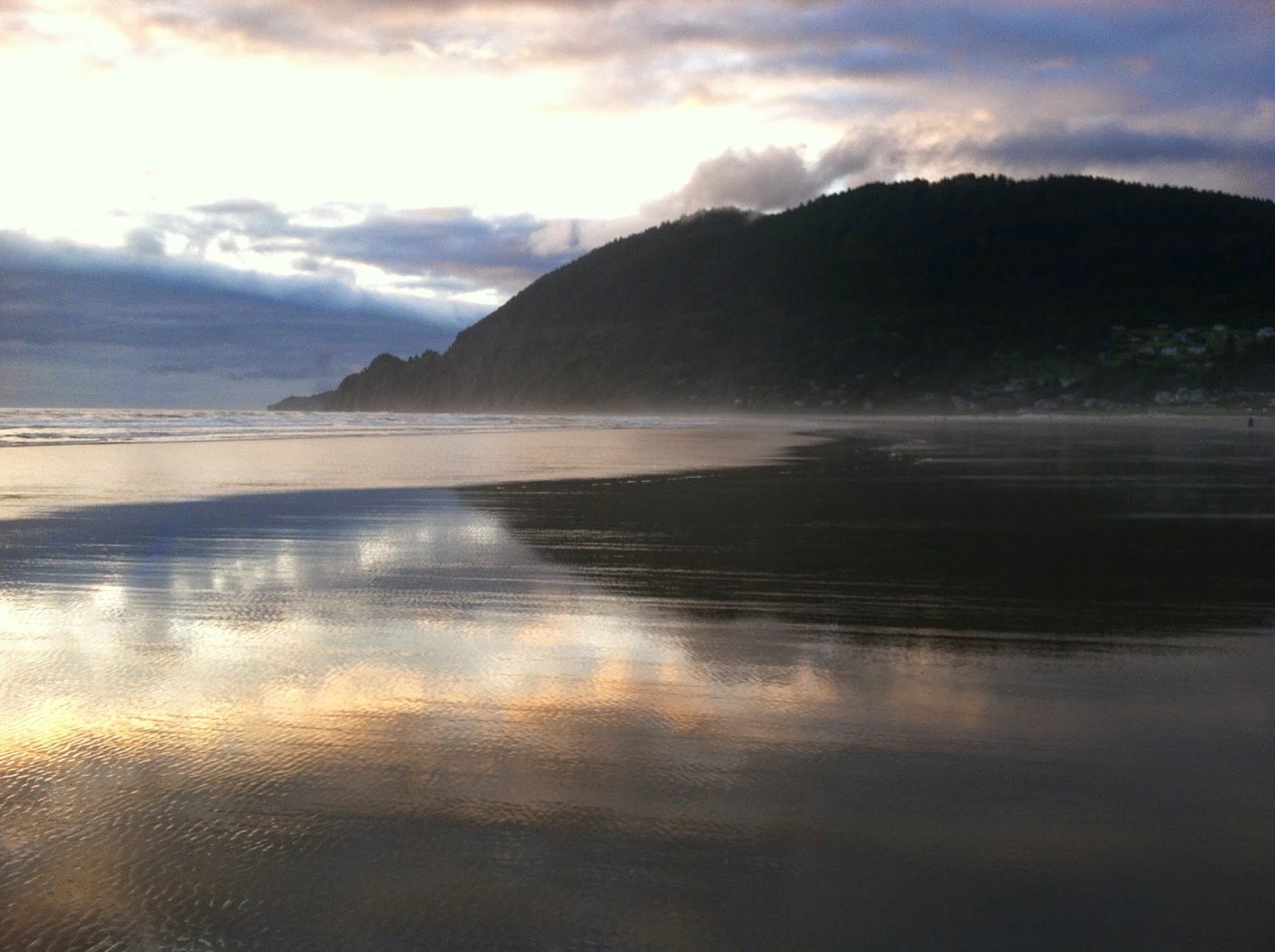 Here is a look back at Manzanita from near the water. 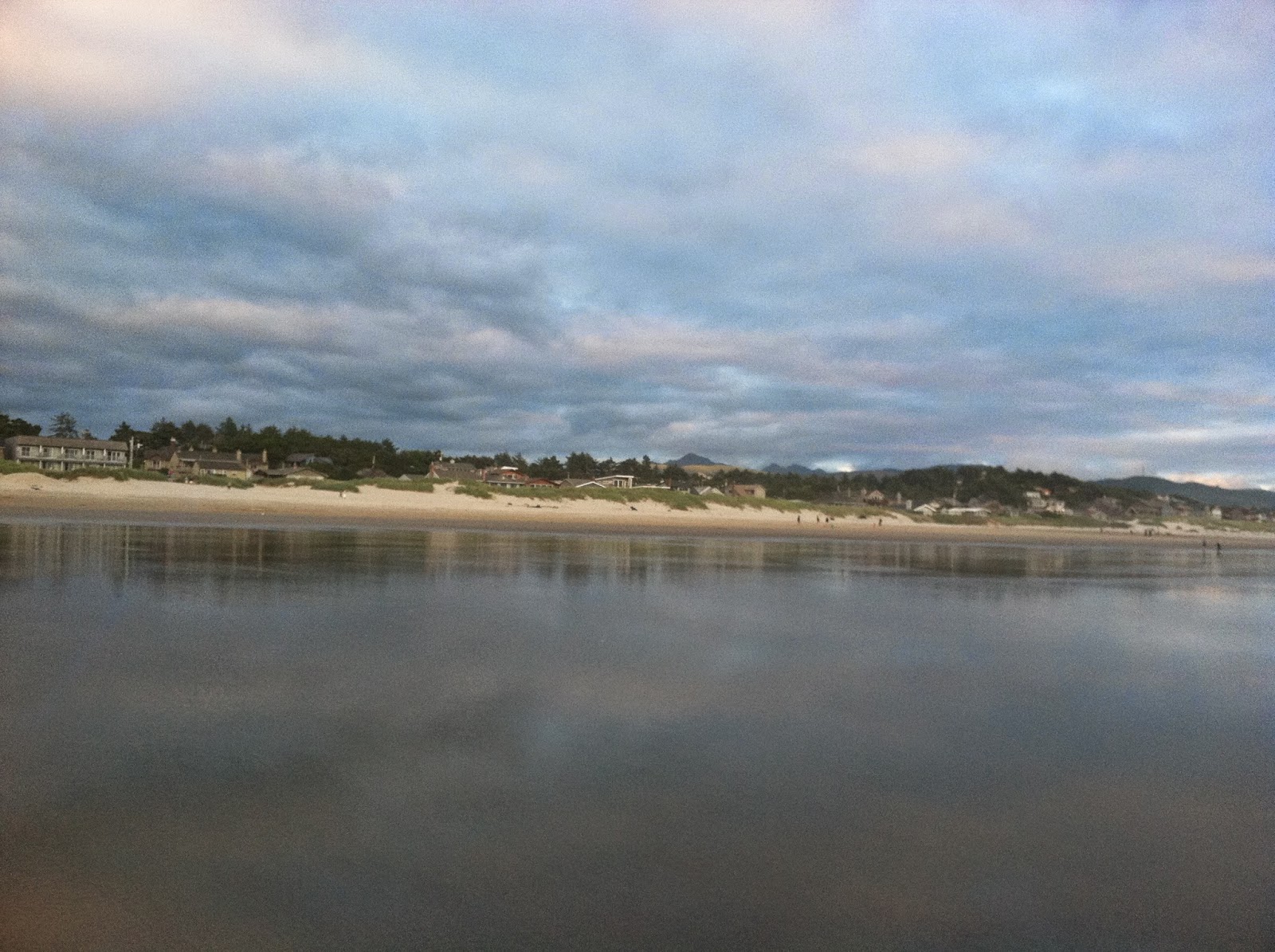 When we got back,  we started the fire pit up so that we could make smores. 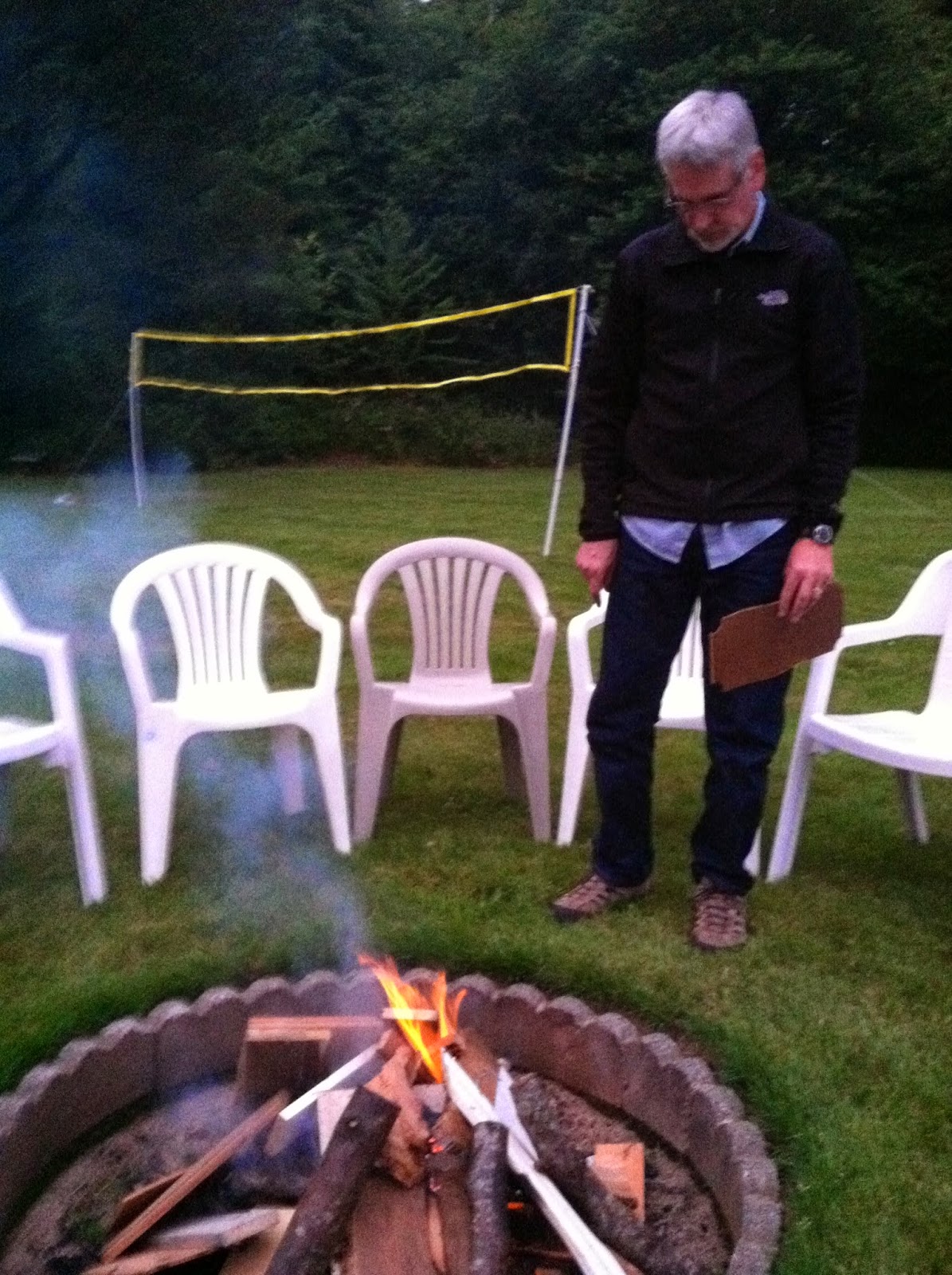 Here is the haul that Riley found at the beach.  We ended up putting a piece of sand dollar in the fire.  It proceeded to burn up. 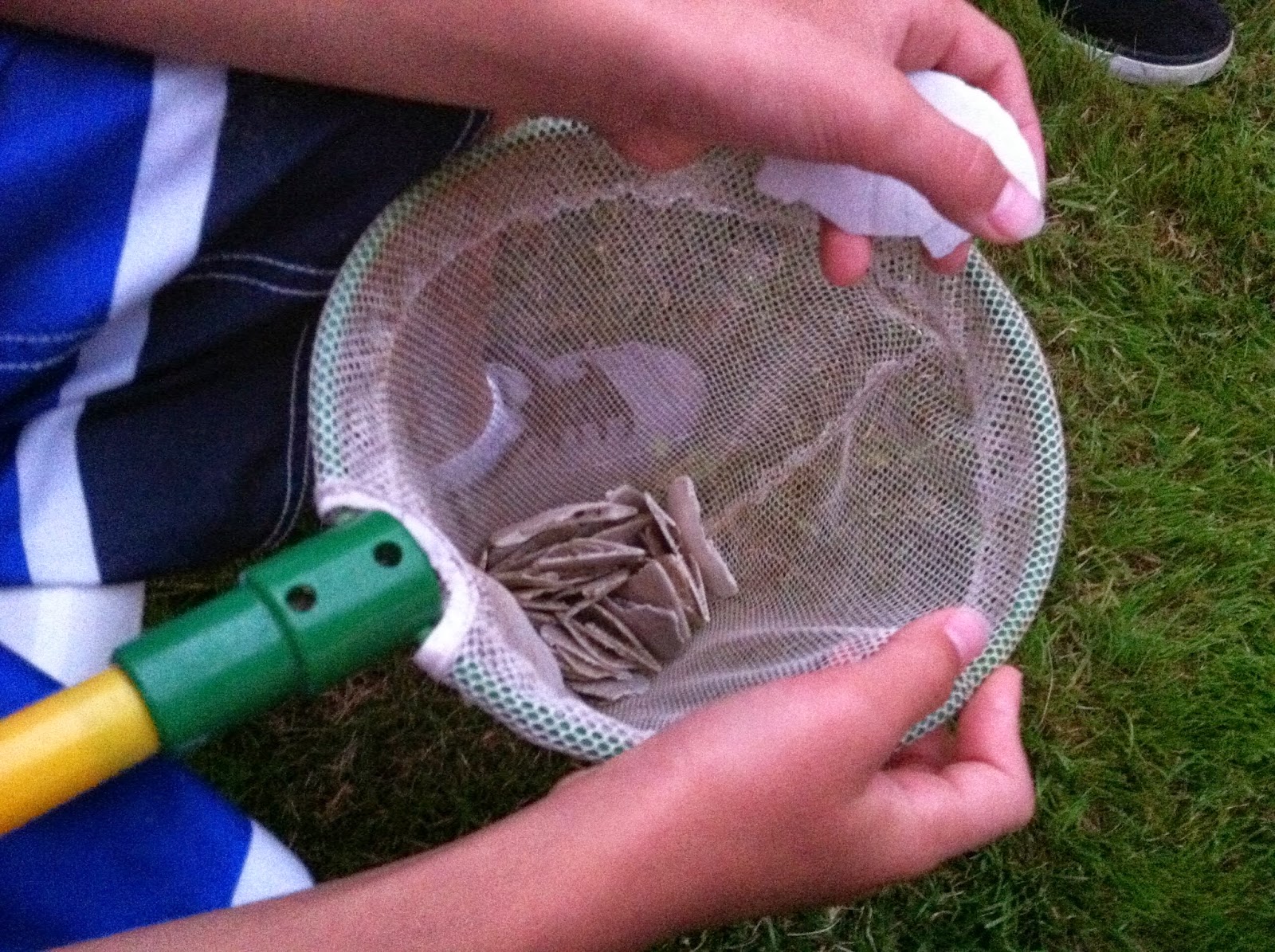 Here is Riley's summary of the first day:
It was fun, I caught a lot of sea shells with Chris.  I played soccer and it was Fun!
Posted by The Elephant at 6:14 PM No comments: