It has been forever since I updated this blog, nearly two months.  I just got busy with school and other projects and just couldn't carve out enough time to write about what I have been making.  But rest assured I have still been cooking.  Now that I have time to update the blog I'll be doing so with more regularity.

Since I'm in Texas I have a lot less cooking equipment, but I am still going to try to make things.  Anyway, the recipe for today is a Spinach Quiche.  Here is the link to the recipe.

So it's been awhile since I made this, but I will attempt to discuss it.


The first step was to cook up the onions and garlic, which is shown below. 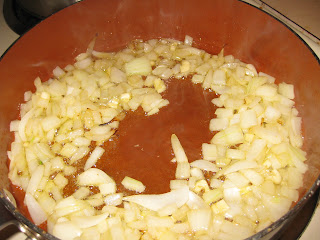 Sprinks was not at all interested in the cooking, but she did find a box that she enjoyed sitting in. 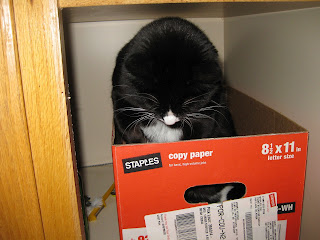 So I then mixed the Spinach up with the onion mix.  I used a lot less spinach than the recipe called for.  Probably about half. 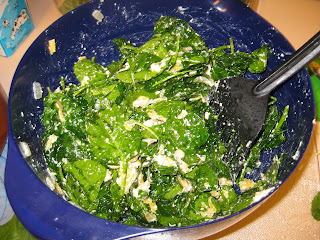 I put the pie crust in two pie crusts. 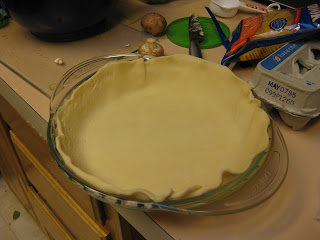 I put half of the spinach in one and half in the other, then poured the egg mixture in them. 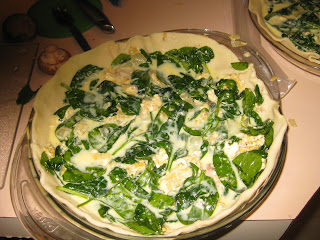 Then into the oven they went. 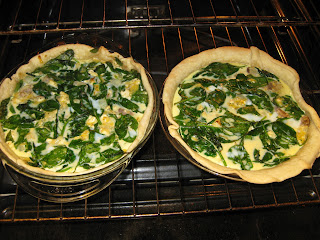 After 15 minutes I added the cheese to the quiche's 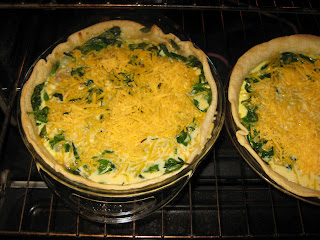 Then they were done. 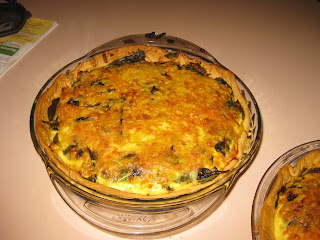 Here is one slice.  I actually really liked this dish.  I liked it better the next day reheated, but it was really pretty good. It was a little bit shallow, so I guess next time I might add more spinach. 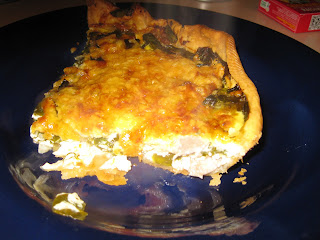