The back log continues, this time it is time to discuss the Shrimp and Quinoa dish that I made.  Again, I am pretty sure that this dish is from sometime in May, so obviously I am struggling to actually fight back against the backlog. 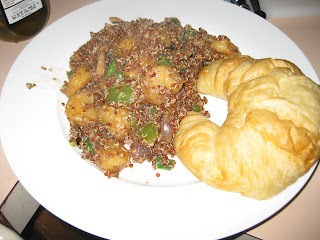 And here is the recipe that I used for this:

I made a few changes to this, instead of adding asparagus and raisins I added some green beans and the full green pepper.

I also want to discuss Quinoa a little bit.  It is very important to either
1) Buy prewashed Quinoa
or
2) Make sure to wash it very carefully.  If you don't wash it you can get kind of a rubbery taste to the Quinoa.

I started cooking the Quinoa.  Instead of water you can use chicken broth, which I think is a good addition.  I can't remember exactly what I did for this recipe, but I think I just used water.

At the same time I began cooking the veggies in the skillet. 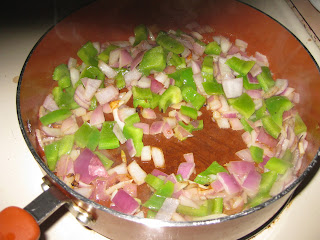 Sprinkles was far more interested in looking out the window that watching me cook.  I don't think that she likes Quinoa much. 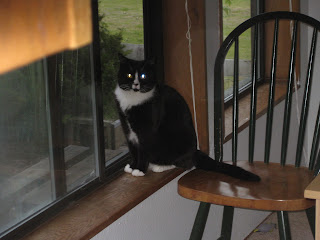 I added the mushrooms and continued cooking the veggies. 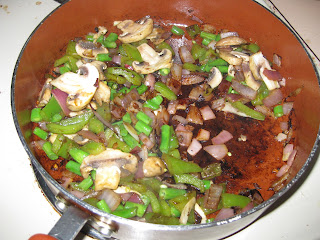 I soon added the shrimp. 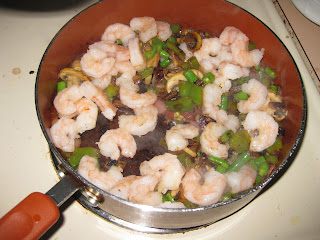 and cooked it until the shrimp was done. 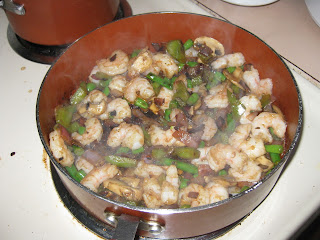 Once everything was cooked I mixed it all together in a bowl and served it up. 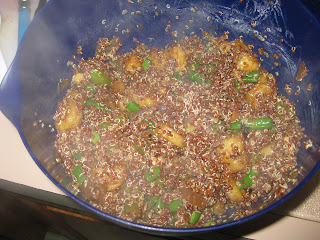 I really liked this dish, it was really tasted and pretty healthy and a nice way to get Quinoa in my diet.  I would certainly recommend trying this and next time I might actually h

I finally made it through all of the recipes that I made in Oregon and am now onto the first recipe that I made in Texas.  I asked one of my roommates what he wanted and he requested Manicotti, so that is what I made.

Here is a picture of the completed recipe: 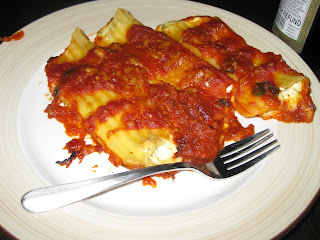 And here is the recipe that I used.

I didn't make any changes to this recipe.  It was pretty straightforward.  The only thing that is worth talking about is how I filled the manicotti.  This was very similar to the stuffed shells that I made previously.  To fill the manicotti I filled a plastic bag with the filling and the cut a small hole in one corner, which allowed me to squeeze the filling.

I first mixed the filling together, which is shown below.  While I was doing this I also boiled the manicotti to cook it up. 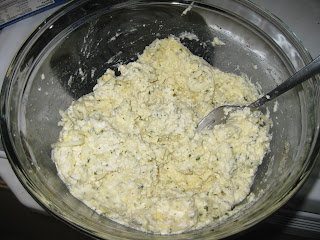 Here is the plastic bag with the filling and a hole cut in the corner. 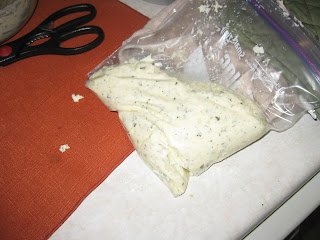 Here is the manicotti filled on top of the sauce. 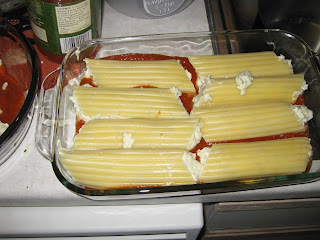 And then finally here is the manicotti in the oven and ready to cook. 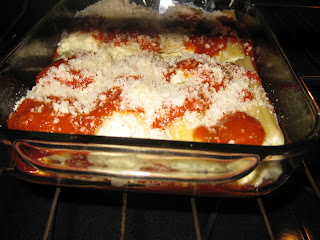 This was a really simple recipe to make and was pretty good, and it seemed like my roommate kind of liked it.