Most of the previous recipes have been fairly meat heavy and hasn't involved pasta at all.  So in looking at my potential recipes, Stuffed Shells actually sounded really good.  I wasn't sure that I could pull it off, but I figured it would be a good recipe to try.

I also decided that I would try to make a side dish and so in addition to the stuffed shells I decided to try an aparagus recipe that sounded really good to me.

Here is the stuffed shell recipe that I used: Link

So I wasn't really feeling the mushrooms and I decided to leave them out.  The only other change was I made the filling before I did anything else.  I then put this in the fridge and let it chill while I made the noodles and got everythign else ready.  I think this made the filling a lot easier to use.
I also only had to cook these for 45 minutes.  60 would have been much too long.
Asparagus

The only thing I did different was I used grated parmesan cheese, only because I had leftover from the shells.  I thought this was fine, but there is no real need to do this.
I let Sprinkles taste the ricotta cheese, she seemed to really enjoy it. 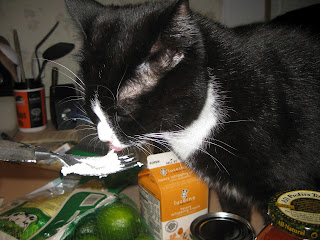 Here is the ricotta, parmesan and mozarella all mixed up. 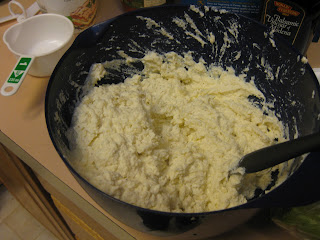 This worked really really well.  There was no mess and no fuss.  It was just simple.  It was hard to really take a picture of this, but the next two kind of show it. 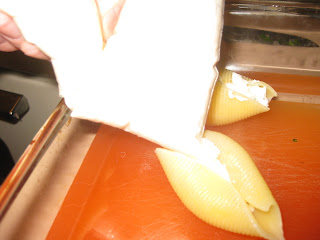 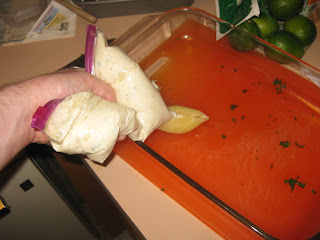 Once the shells were done I poured the sauce over them.  This recipe made a lot of shells, so you need at least two pans. 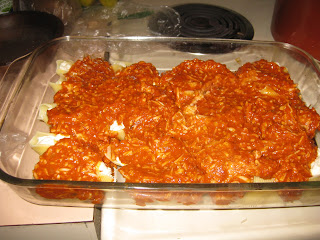 Here is a close up of the shells. 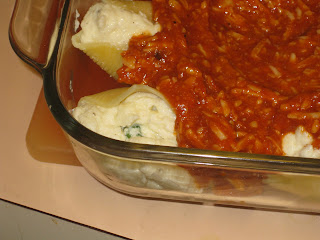 While the shells were cooking I prepped the asparagus, which was pretty simple.  I just drizzled them with olive oil and then sprinkled them with the parmesan cheese. 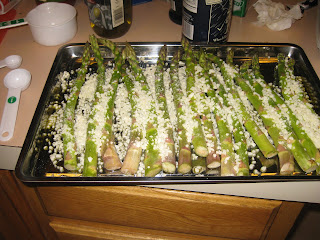 I cooked them for slightly longer than 15 minutes, but here is what they looked like when I removed them from the oven. I had to wait to cook them until after the shells were done. 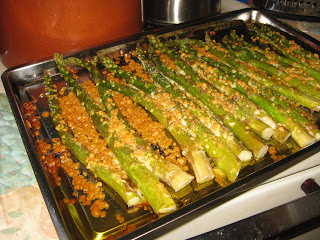 And here is the final meal: 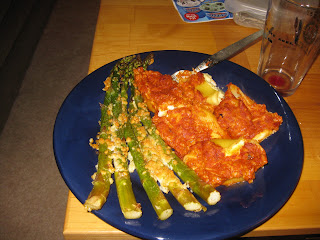 I really enjoyed this meal.  The shells were really really good and the asparagus seemed to complement it fairly well.  Overall, I think this might be the third favorite recipe that I have made, behind the ribs and po boys.
Posted by The Elephant at 1:52 PM 2 comments: