All right, it has been a long time since I have posted a recipe, but I finally have some free time, so I shall attack a bit of the back log.  I choose this... well mostly because it looked good, and it was another quinoa recipe that I could try out.  When I told my friends I made a dish with beets they looked at me incredulously and asked very seriously if I had purchased the beets on my own accord.

I thought it was good though, so I suppose that is all that really matters.  Here is the final result: 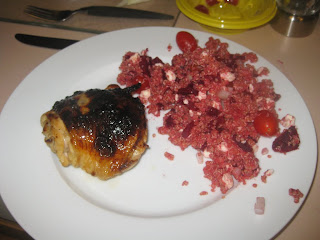 I managed to slightly burn the skin of the chicken thighs, but I am going to blame the recipe as I shall explain below.

Position a rack 6 inches from the broiler and heat the oven to 450°F. Line a large rimmed baking sheet with foil.

In a large bowl, toss the chicken thighs with the oil, 1 tsp. salt, and 1/2 tsp. pepper. Put a rack on the baking sheet and arrange the chicken thighs skin side up on the rack. Roast until the thighs are lightly golden and an instant-read thermometer inserted in the thickest part without touching the bone registers 165°F, about 20 minutes

Meanwhile, in a small saucepan, bring the cider and honey to a boil over high heat. Reduce the heat to medium and simmer vigorously until the mixture has reduced to 1/2 cup, 8 to 10 minutes. Remove from the heat and whisk in the butter.

Toast the pine nuts in a frying pan over medium heat for 2 minutes, or until lightly colored and fragrant; remove from the heat and set aside to cool.

Rinse the quinoa under cold water and drain it in a colander. Add it to a pot and cover with the water or broth and a pinch of sea salt. Bring to a boil, then turn down the heat, cover, and simmer for 12 to 14 minutes, or until all of the water or broth is absorbed. Remove from the heat and keep covered for 5 more minutes. Transfer the quinoa to a bowl and fluff it with a fork; let cool. Add the beet and toss gently. The quinoa will take on a nice pink color. Add the tomatoes, onion, and cheese.

So cooking the chicken thighs was going to be pretty quick, so I first started on the tabouli.  I first  toasted the pine nuts so they would be ready. 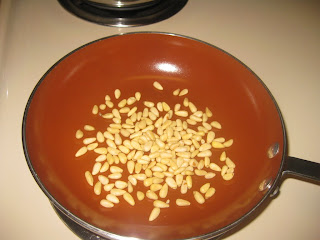 Then I prepared the beet..... this took... much longer than I was expected.  I think next time, I would recommend cutting it in half or in smaller pieces, because cooking a whole large one was very long. 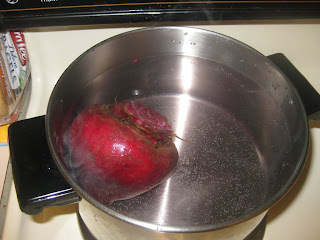 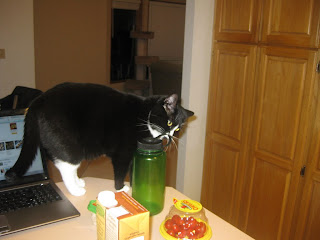 So the quinoa was done, I didn't include pictures of that, but I used chicken broth.  I would always recommend using broth of some sort when cooking quinoa.  Also, if you didn't buy the prewashed kind.  Make sure you wash it.

So I cut up the beet into kind of small pieces and then mixed everything together. 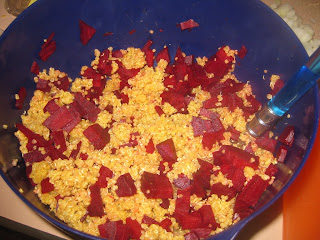 Then I added the onion and the feta and the cherry tomatoes. 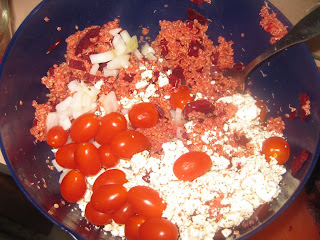 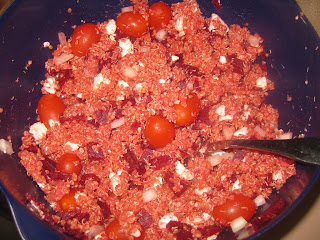 I think I started the chicken as the quinoa was cooking.  I tossed the chicken thighs with oil, salt and pepper and then put them in the baking sheet and put it in the oven to cook. 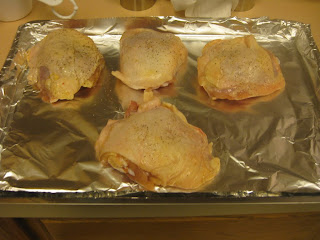 Then I prepared the glaze.  It was pretty simple and was done quickly. 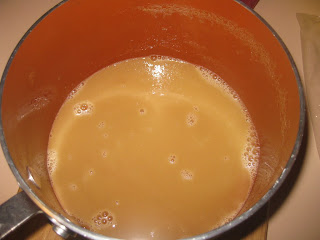 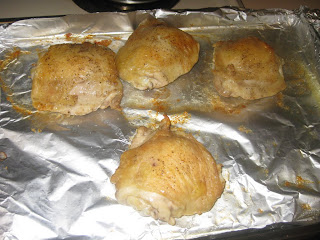 SO..... the recipe said to broil it for 2-3 minutes 6 inches away from the broiler and then glaze again and then broil again.  Perhaps I was too close to the broiler... I am not positive... but regardless.... I made a mistake and the skin got just a tad crispy and that was only after about a minute... so... be careful. 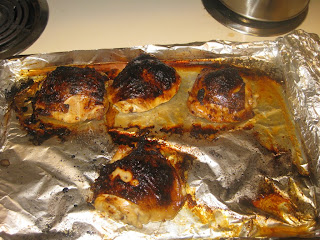 And here is the final dish.

Other than the fact that the skin was a little burnt, I thought that this meal was great.  The beet was actually really good when mixed with quinoa.  It was much better when it was warm.  The chicken was good.  The skin... was a little crispy, but the glaze helped a lot.  All in all it was a good meal, and not too bad in terms of time.
Posted by The Elephant at 9:12 PM No comments: