As some of you may know, this summer I have an internship in Texas. Since I had heard that there is very little public transportation in Austin, I decided that I should drive. I am not quite sure that was the correct decision, since it was a long, long drive. About 2000 miles, which took about 36 hours over 4 days. I had contemplated doing it in 3, but I am glad that I didn't, since that would have been way too many hours per day, and I was already tired when I ended on most days.

So I left on Thursday and after bidding adieu to Sprinkles... who seemed... slightly ambivalent about me leaving, I headed out. I always forget how absolutely boring much of Eastern Oregon is.... here is an example. In fact the most interesting thing about this picture may be the bugs splattered on my windshield. 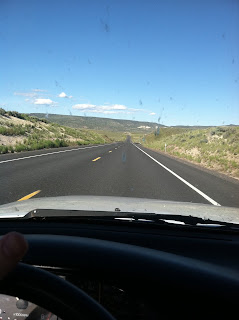 At the end of the first day I pulled into Boise, Idaho. It was a pretty good 9 hours. I actually contemplated going farther.... but I sort of had to do a drug test for my internship, and it was either stop at Boise and do it on my way to Texas, or drive up to Portland the day before I left... so Boise it was.

I woke up early Friday and headed to the drug testing place. I tried to drink a lot of water before I went... but.... it wasn't enough. So I ended up having to sit in the drug testing facility drinking water.... for about an hour. That was annoying.... but I finally got it out of the way. Then about five minutes down the road, I was forced to stop at a rest area.... as I once again would have been able to take the drug test. I ended up having to stop several times in the next 3 hours, so that was fun :).... although it did diminish my travel time. 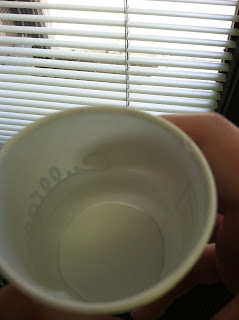 By the end of Friday I had made it to Green River, Utah which is kind of like an oasis in the middle of the Utah desert, but at least the barren landscape provides for nice sunsets. 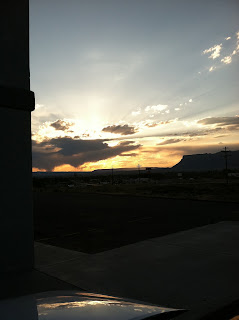 The next day I got up bright and early and headed out. It resulted in lots of empty roads, but the landscape was very pretty, so it made the drive a lot better. 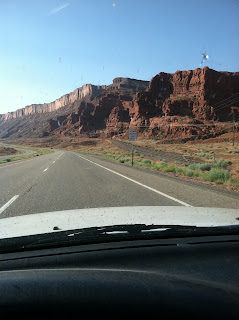 Early in the morning, probably around 10 or so, my car passed the 200,000 mile mark. I took a picture to commemorate the milestone. On a random side note, my car did very well. I was a little worried about the whole trip and so I was very careful about using the AC too much and spent a fair amount of time with the window down. 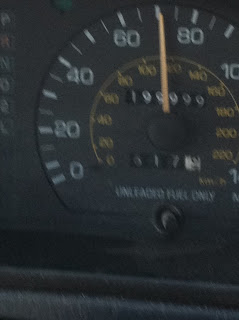 After my mileage milestone, I then encountered a first for me. I was slowed by a cattle crossing in Northwest New Mexico.... which was interesting. I got flagged down by a cowgirl, then all of a sudden lots and lots of cows rumbled across the road and just sort of stopped in the middle. Finally they got organized by the uh... cowboys and cowgirls... cowpeople? lol... that doesn't sound right, but anyway, they were soon out of the way and I was back on my way across New Mexico. 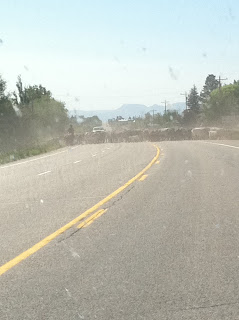 I couldn't really get a good picture of it, but the Arizona fires caused the sky to be hazy and the smell of smoke to linger in the air for almost all of the day as I drove across the state. About halfway through I realized that my arm was pretty warm and the sun was beating down on it, so I figured that I needed to put some sunscreen on... but... it was too late! I got burned just driving in my car! :p Luckily... despite what it looks like, it didn't hurt much. 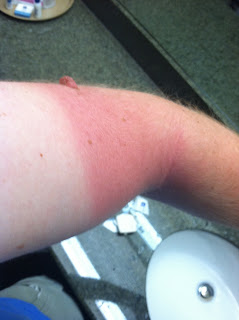 The third day ended in Clovis, NM which is right on the border of Texas and that meant that the last day was basically going to be nothing but Texas! Unfortunately for my entertainment.... there is even less going on in Northern Texas than Eastern Oregon!

Well that is not really that true, there are loads and loads of Windmills (The electric generating kind). I swear that there must have been something like.... hmm... 745... but that is just a rough estimate.

So my last stop before Austin to fill up my car and get lunch was in Sweetwater, which must have been ironically named, because I did not see any water, and certainly nothing that could be considered sweetwater, whatever that is... (sugar water?) 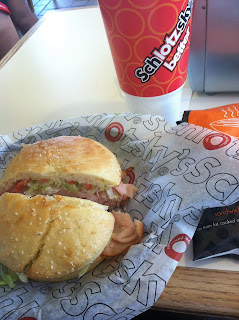 I arrived in Austin at around 4 PM or so.... I am in a pretty nice complex. I am in a 2 bedroom apartment with 3 other interns, but it is nicely furnished. So that is a perk, and the price is very good since the place that I am working at is picking up half of my portion of the rent.

Anyway, here is a picture of my bedroom, mine is the not messed up bed. 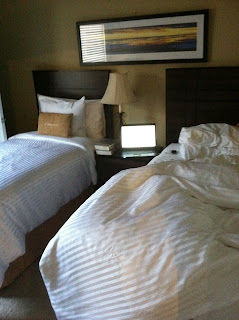 Here are a few pictures from my desk at work... I got a window seat! 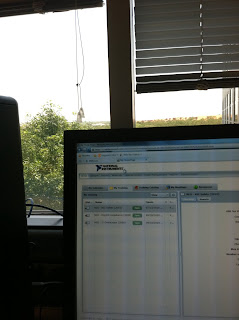 Which means that I get to daydream and stare out the window, and also occasionally get to see window washers or birds flying around, which is also a nice distraction. 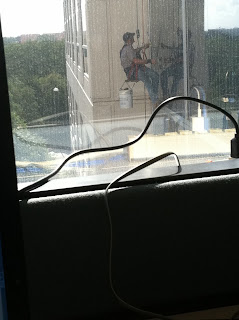 Finally, here is a short video tour of the apartment.