The backlog of recipes continues.  Today I am gonna talk about this pizza casserole that I made a while back.  I've decided to put a picture of the end result at the top of the blog so that people can look and determine whether they would like to make it and thus not read the rest of the blog if it looks bad. 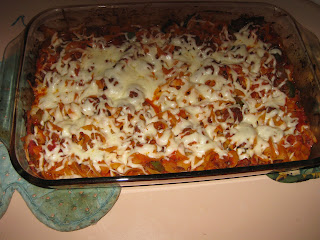 The link to the recipe that I used is here, and the recipe is below as well.

So this was a pretty easy recipe and Sprinles was not really interested in it at first.  She just wanted to hang out on my friends amp since it was carpeted and new.  I guess she was marking her territory. 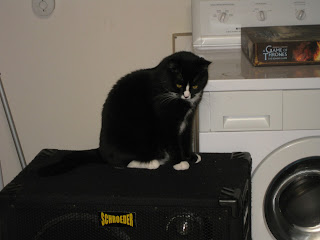 So I cut up the meat and put in the the skillet.  I used hot italian sausage for this. 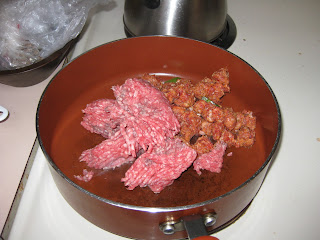 Sprinks demanded that I open the kitchen window for her... then starred me down. 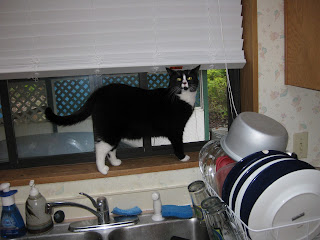 The meat finished and it was time to add the other stuff. 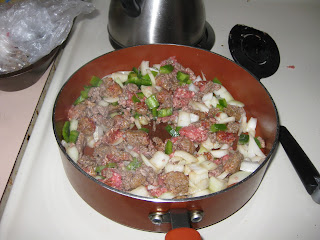 Sprinks finally realized that there was interesting stuff on the counter and so she came to sniff at it. 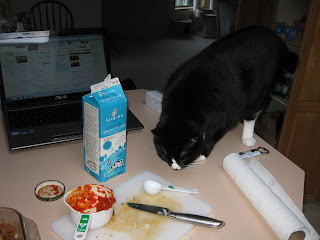 While that was happening I cooked the rice noodles and then once everything was done I mixed everything together and put it in the oven. 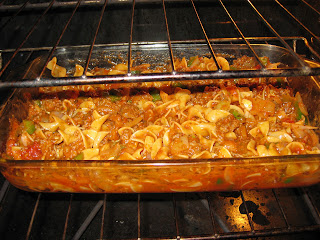 I took it out after 20 minutes and the result is below. 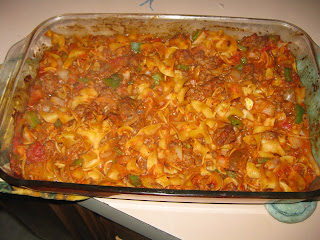 I then added the cheese and cooked it for another 7 minutes or so. 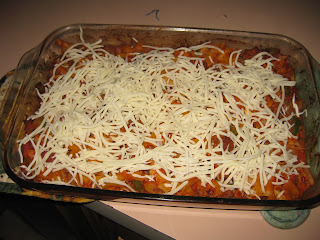 I thought that this was a good recipe.  It was easy and tasty.  Probably not the healthiest for you, but I combined it with an easy spinach salad to at least get some green veggies.  If I made this again I think I would increase the number of noodles that I used. It seems like there was a lot of meat and veggies to the number of noodles.  But it was quick to make, which is actually one of the reasons I picked it.
Posted by The Elephant at 3:05 PM No comments:

So, the second of the backlogged recipes.  This one was stuffed green peppers.  I made it for a Game of Thrones party since it seemed kind of medival.  The recipe can be found here, or below:

The process for this was really easy.  The first step was cooking the ground beef with the onions, which was pretty simple. 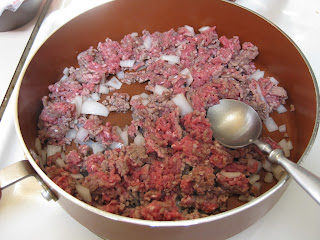 At the same time I boiled the bell peppers for 5 minutes.  Then I drained them and tried to dry them out a bit.  I then salted them and set them aside. 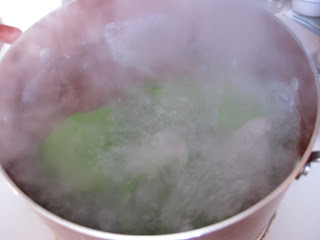 Sprinkles was thoroughly unimpressed with this recipe.  Instead she just hung out on the chair. 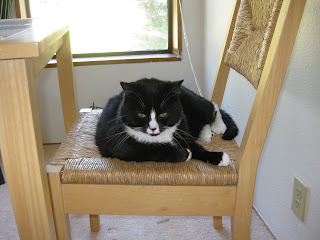 Here are the peppers waiting to be filled up. 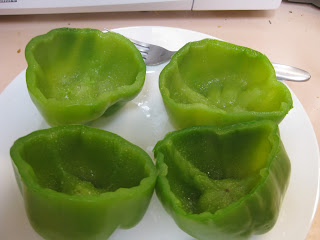 Meanwhile I added the rice and tomatoes to the beef and onions and cooked them together for about 15 minutes. 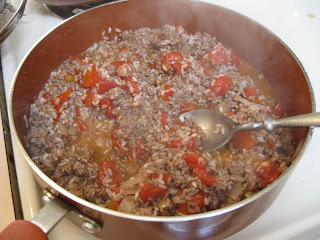 Then I mixed the cheese with the mixture and got a nice cheesy mixture and then filled the peppers with it. 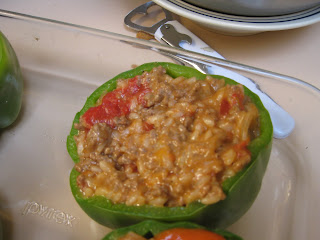 Then I made the tomato gravy.  I was only using four peppers so I only made half of the gravy.  And that was actually too much.  So half might be good for a full recipe too.

I thought that this was really good.  I liked this recipe a lot.  You need to supplement it with something as it probably isn't enough for dinner by itself.  I still really liked it though.
Posted by The Elephant at 8:56 PM No comments: