Pick a Photo, any Photo

So today marks the first game of the Portland Trail Blazers season. The Blazer's have this contest where fans can send in photos of themselves in exotic locations wearing blazer gear and try and get their picture on a broadcast.

Since Eric and I both failed last year, (Note: I don't see how Eric failed, he took his picture at Stonehenge!!!!) we decided that we would coordinate and take pictures with our blazer shirts on in Spain. We didn't coordinate that well and only did it on one day, but it was the visit to the Alhambra, so we got a lot of pretty good pictures.

Now you, my loyal readers (all... 14 of you?), can help us pick the photo to send in to the contest. The photos are below and there is a poll on the left hand side of the blog. Please vote for your favorite and help us pick the best photo!


1. Generalife Fountain Photo - A picture a a fountain in the Generalife palace. 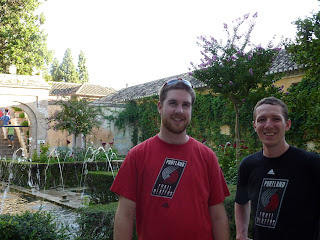 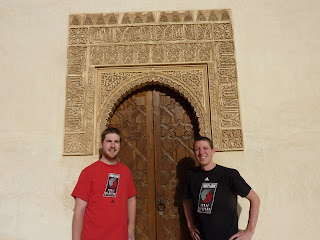 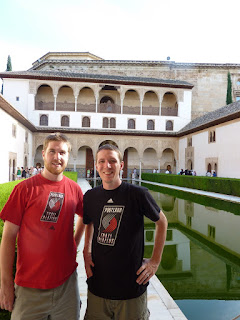 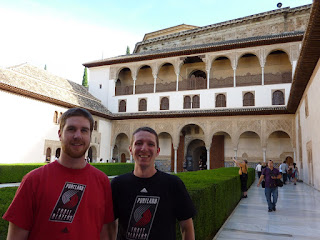 5. Upper Ramparts of the Palace of Carlos V Take 1 - 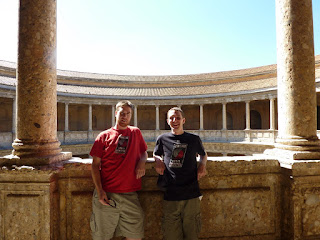 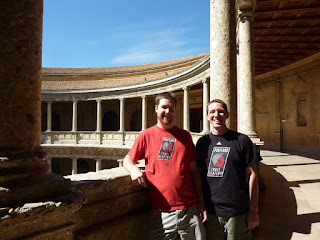 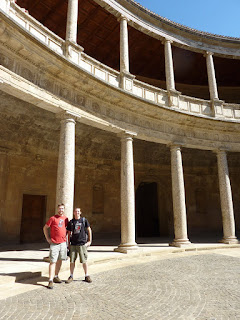