Saturday was the last day of the reunion and after the super action packed fourth of July, it was a little calmer.  The first activity of the day was to watch the world cup game.  Riley's favorite player is Messi, so he was vaguely excited that Argentina won.

After that a few of us headed out to go biking on the beach.  Another group went to the tide pools and a third went golfing.

The bikes were rather limited, they only had 2 cruisers and a bunch of fun cycles, which were basically tricycles.  My mom and Aunt Margo got the cruisers, while Kyle, Riley, and I got the fun cycles.

Here is Margo and my mom looking at the bikes. 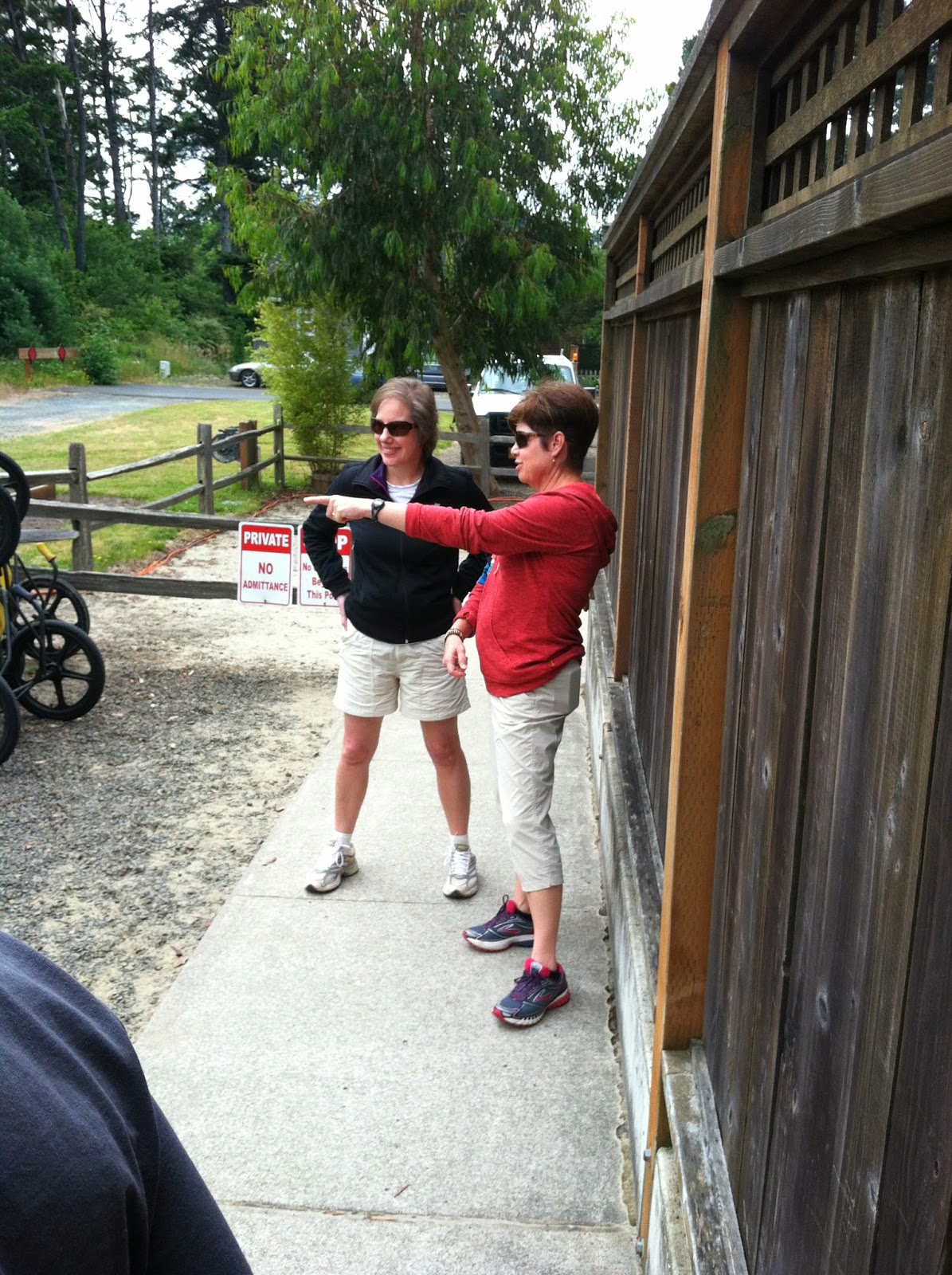 We had to walk the bikes  down to the beach, but once we got there we took off.  The fun cycles were fun to swerve around on the sand and they turned really easily.  They were also much slower than the cruisers.  Unfortunately, Kyle's was too small so he had to head back to get a replacement.  Riley, my mom and I headed down the beach while we waited.

Here is Riley posing on his bike. 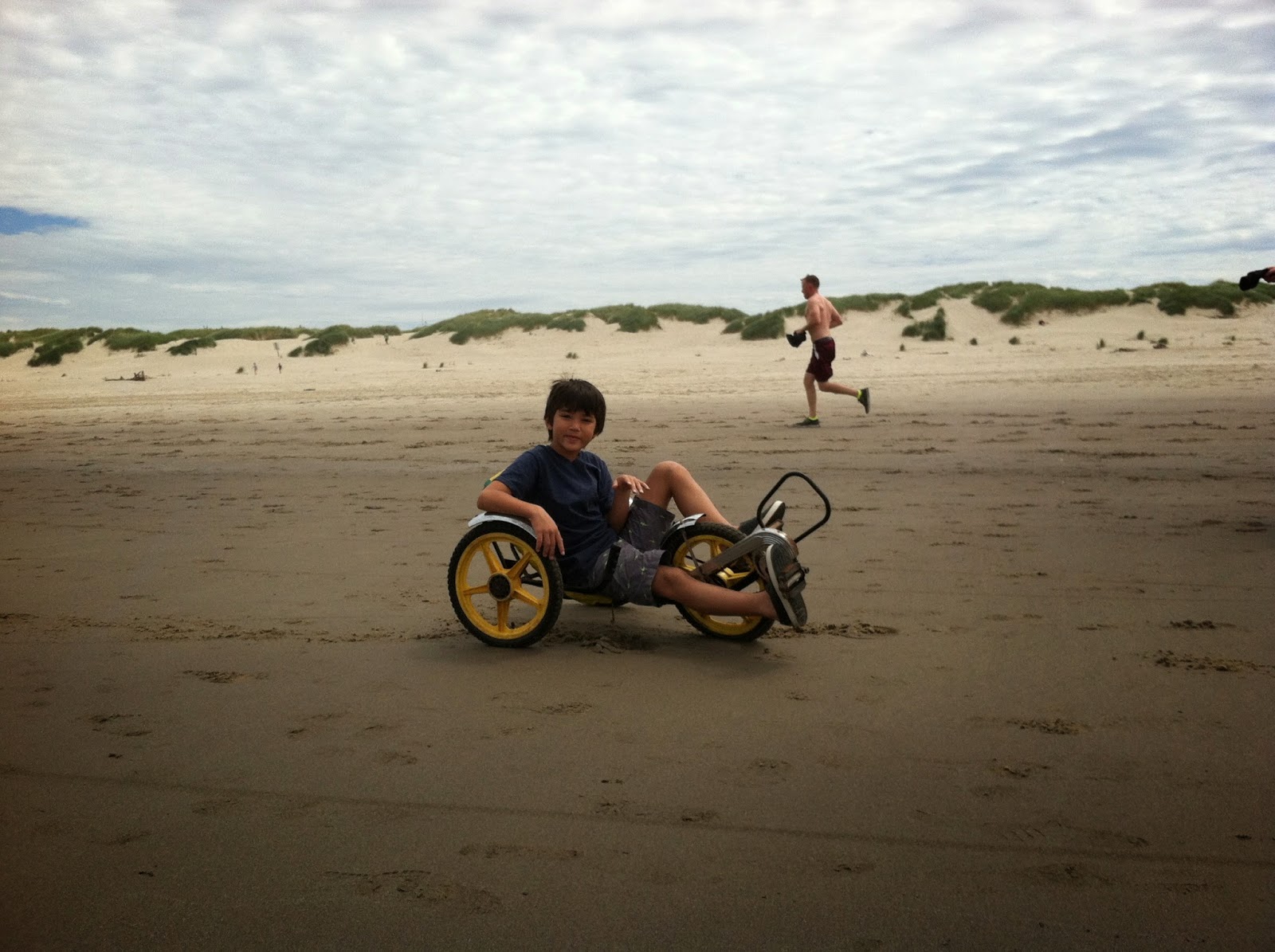 And here is my mom on hers. 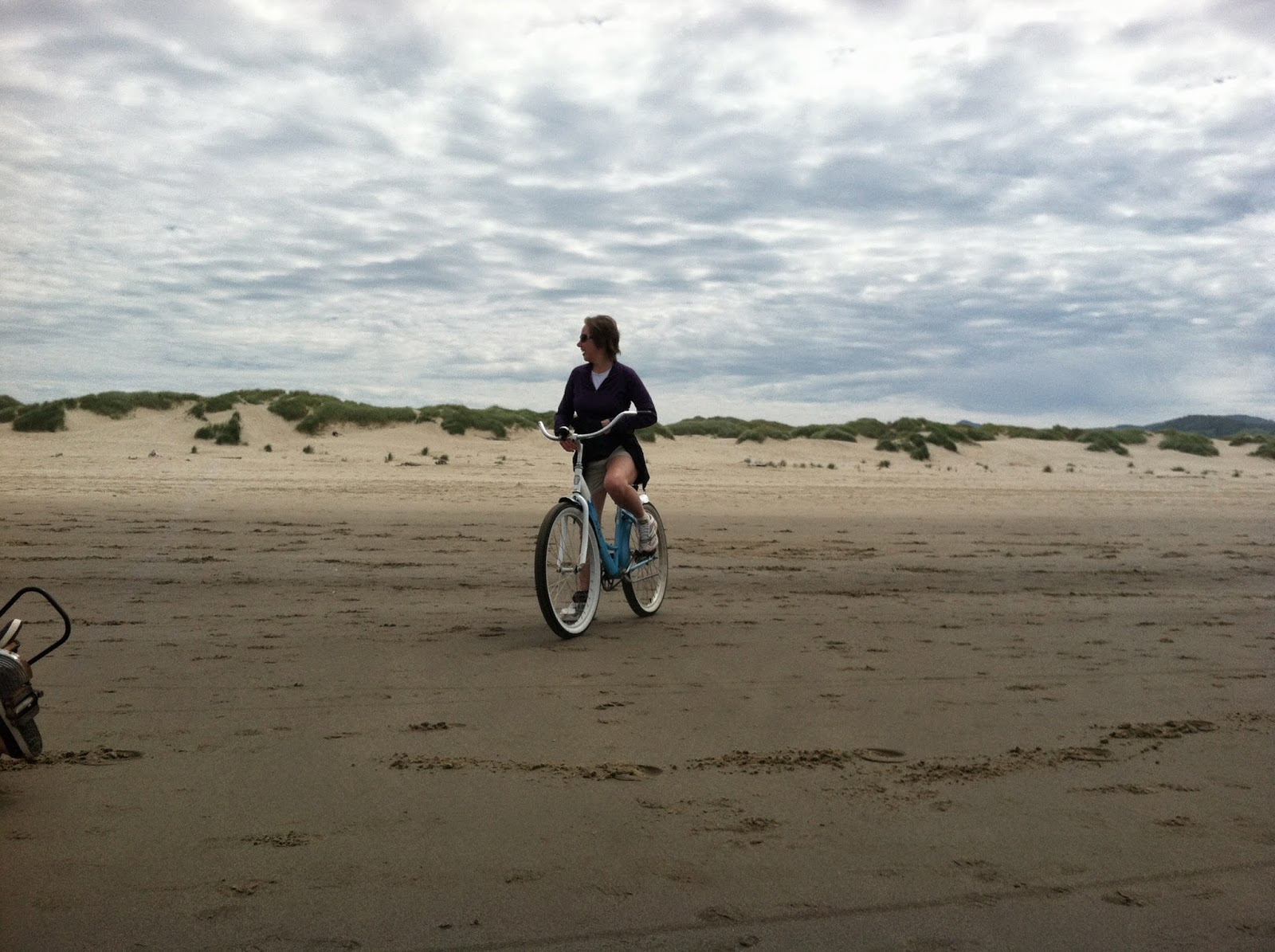 And here is Riley and I together.  Through much practice we managed to figure out how to high five each other while biking towards each other and we did a lot of circles in the sand. 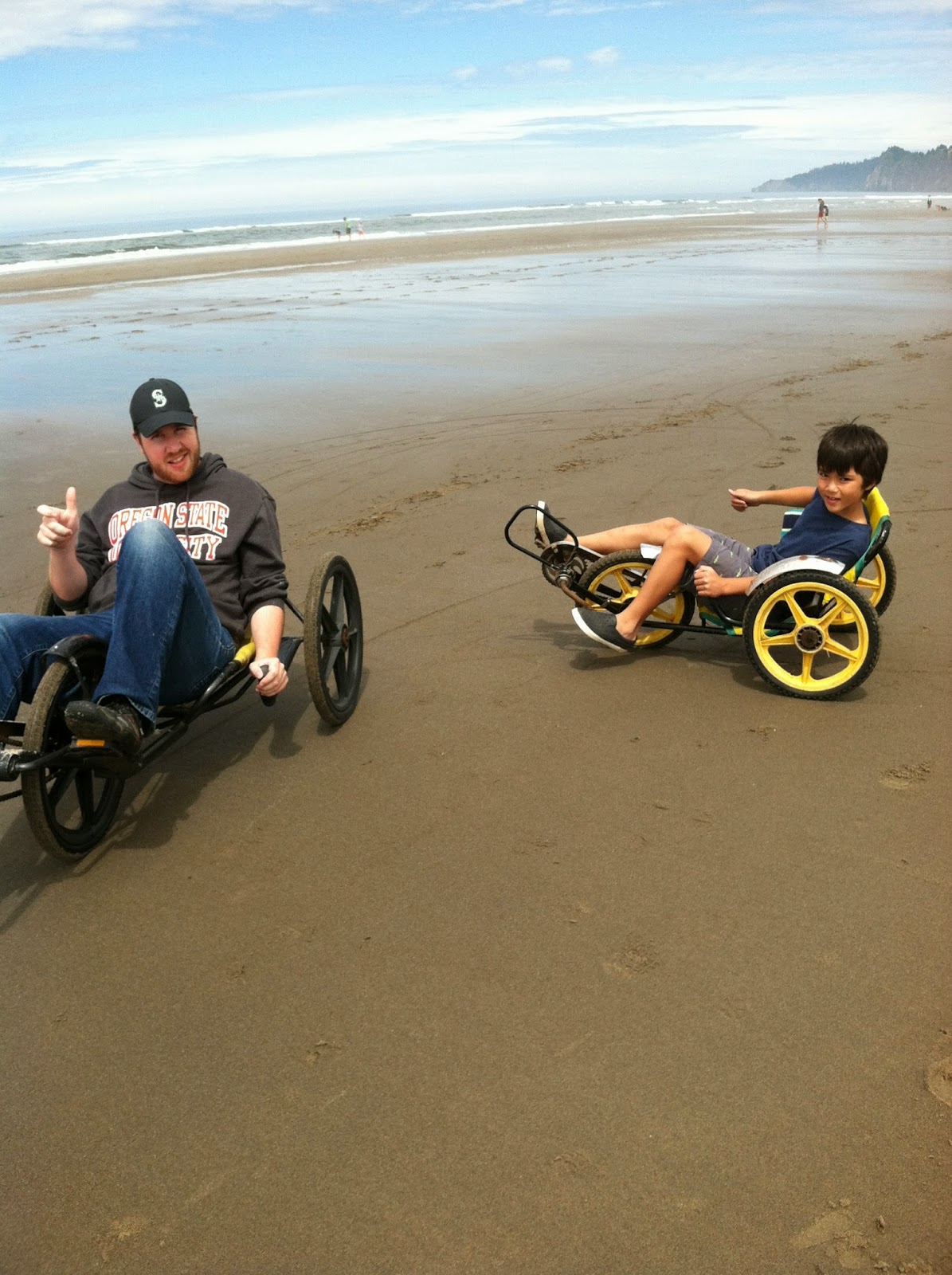 Eventually, Margo and Kyle caught up with us.  After biking around for a bunch and making a lot more circles in the sand, we took a selfie. Though... Riley was so bored waiting that he ended up yawning. 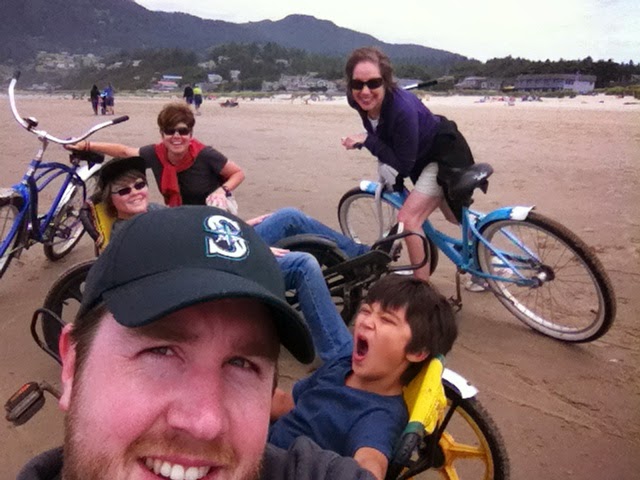 We had to return the bikes, so we headed back.  Outside the shop they had marsh mellow guns which looked pretty cool.  Margo got it for Riley, which brought our total bill to just over $50, and garnered Kyle a free shirt! 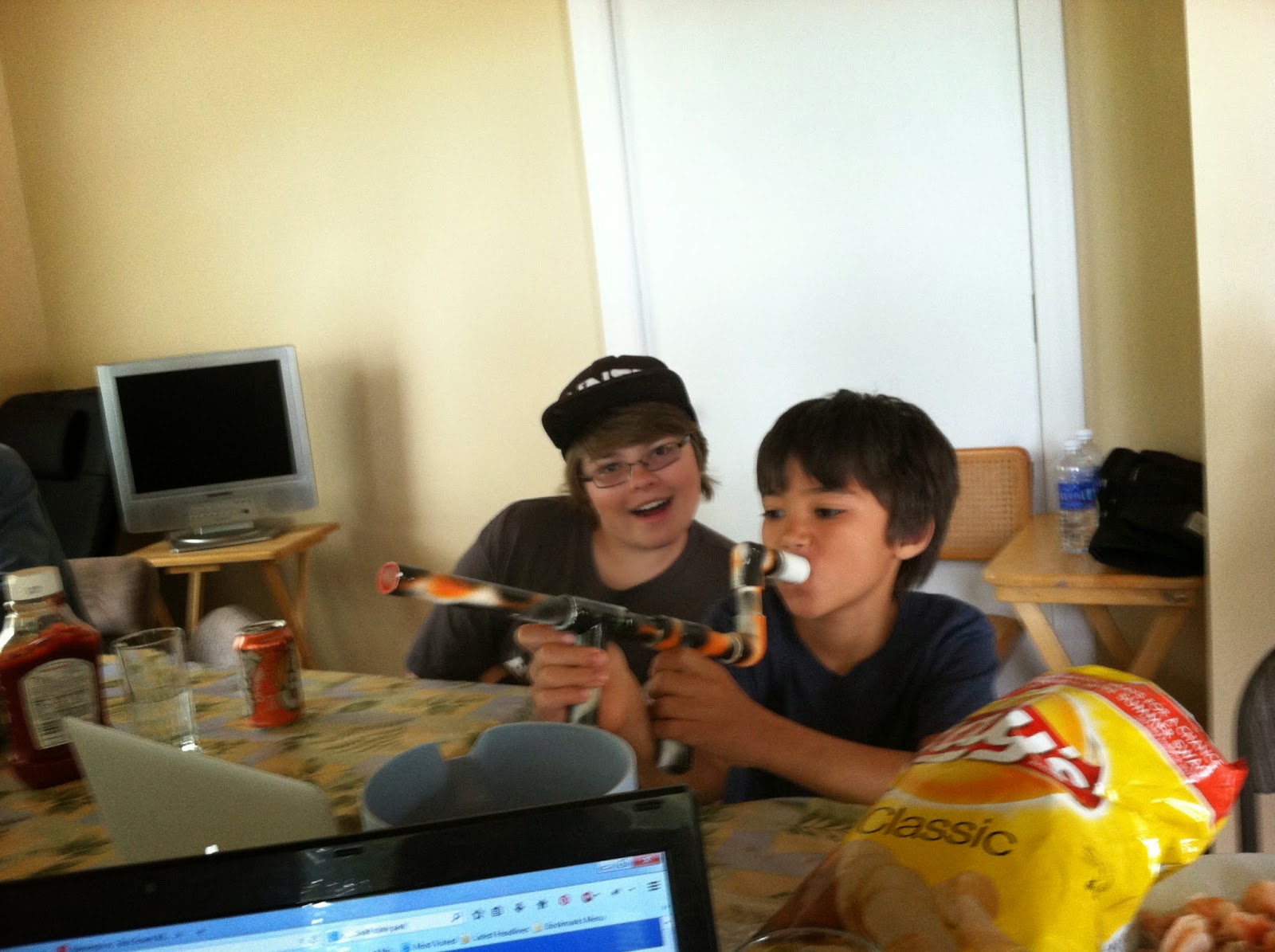 We headed back to the house and met up with everyone and ate lunch.  After relaxing a bit and watching most of the second world cup game, we headed to the Tillamook Cheese Factory.

Here is Riley and Kyle as a farmer and cow. 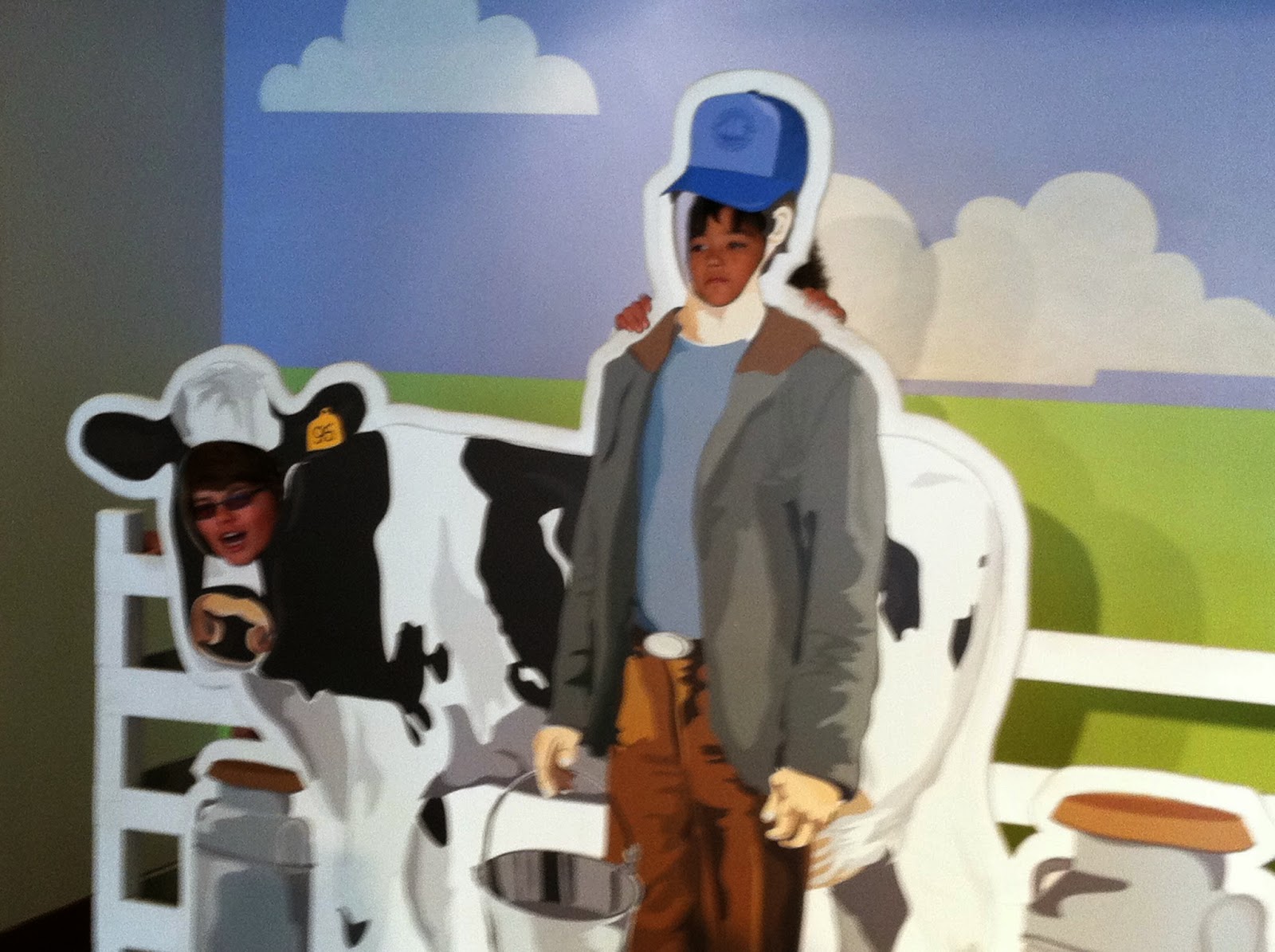 Here are the girls checking out the factory.  Since it was a Saturday, there wasn't a lot of work happening. 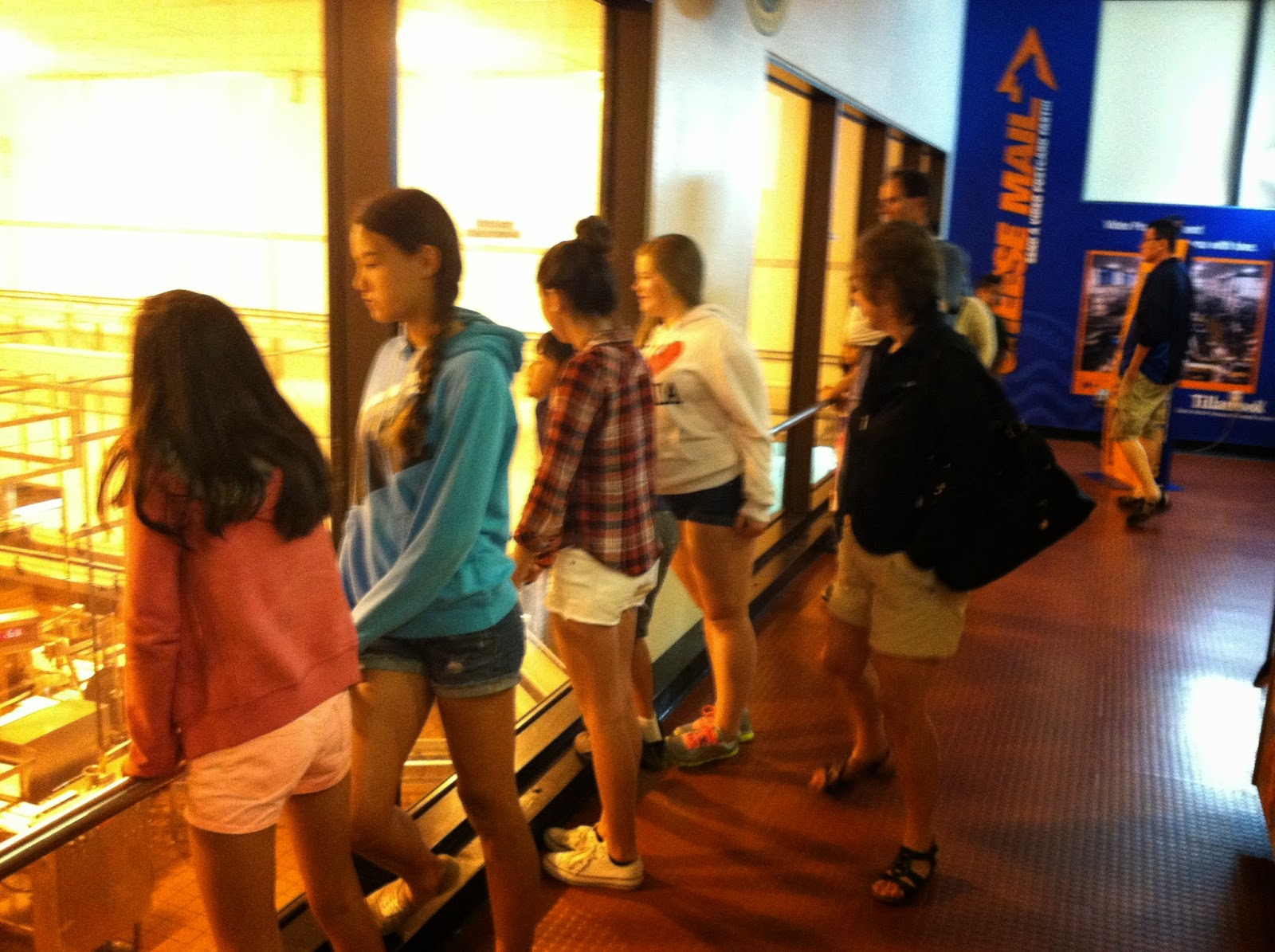 The biggest draw was the ice cream (it was a big draw for everyone, so it resulted in a lot of lines) 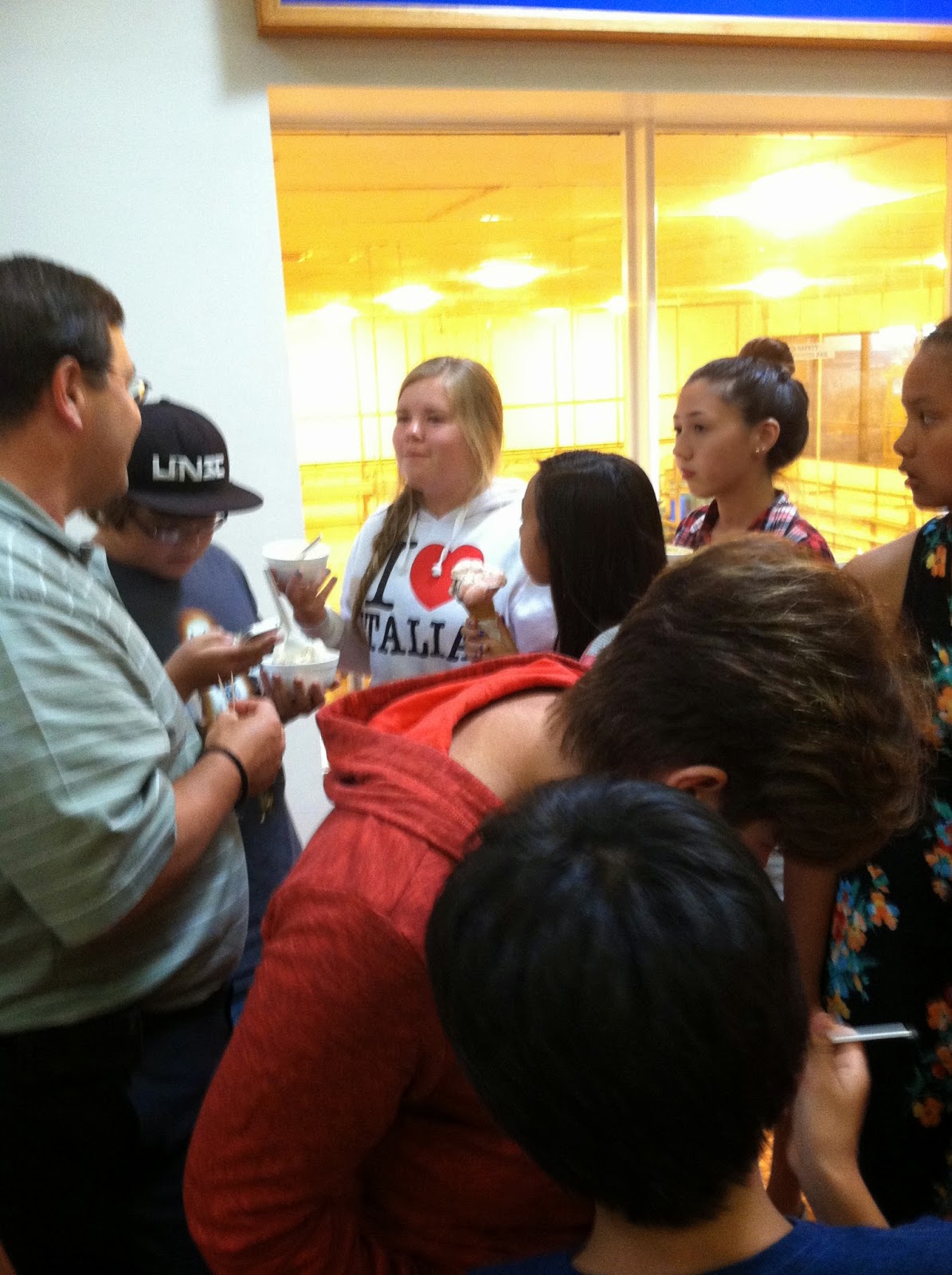 Here is Riley eating some ice cream while my mom is surprised at something. 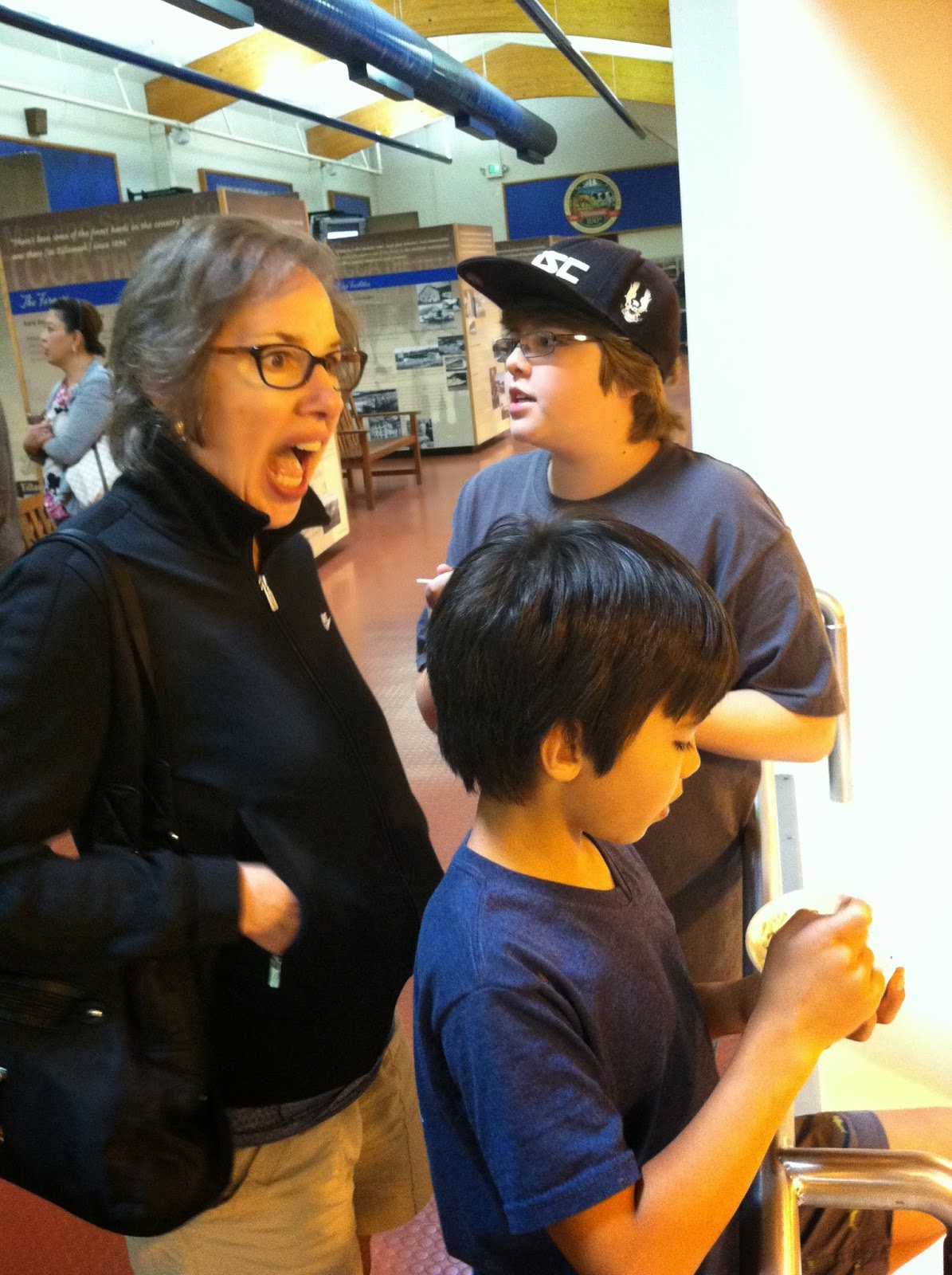 Next we went and stood in line for the cheese samples. Lots of lines, but people seemed to enjoy the cheese. 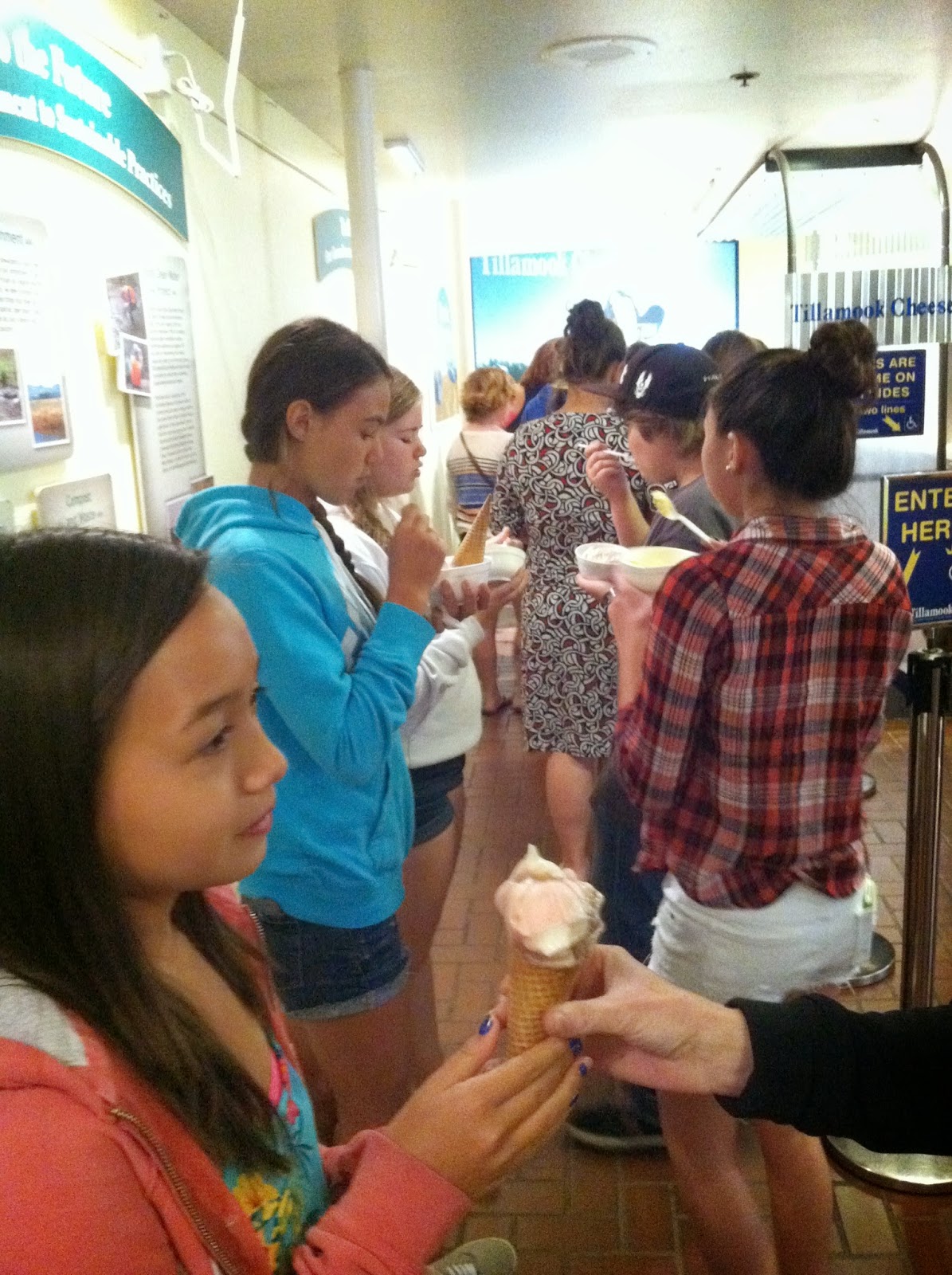 There was another photo opportunity in the form of a VW bug. 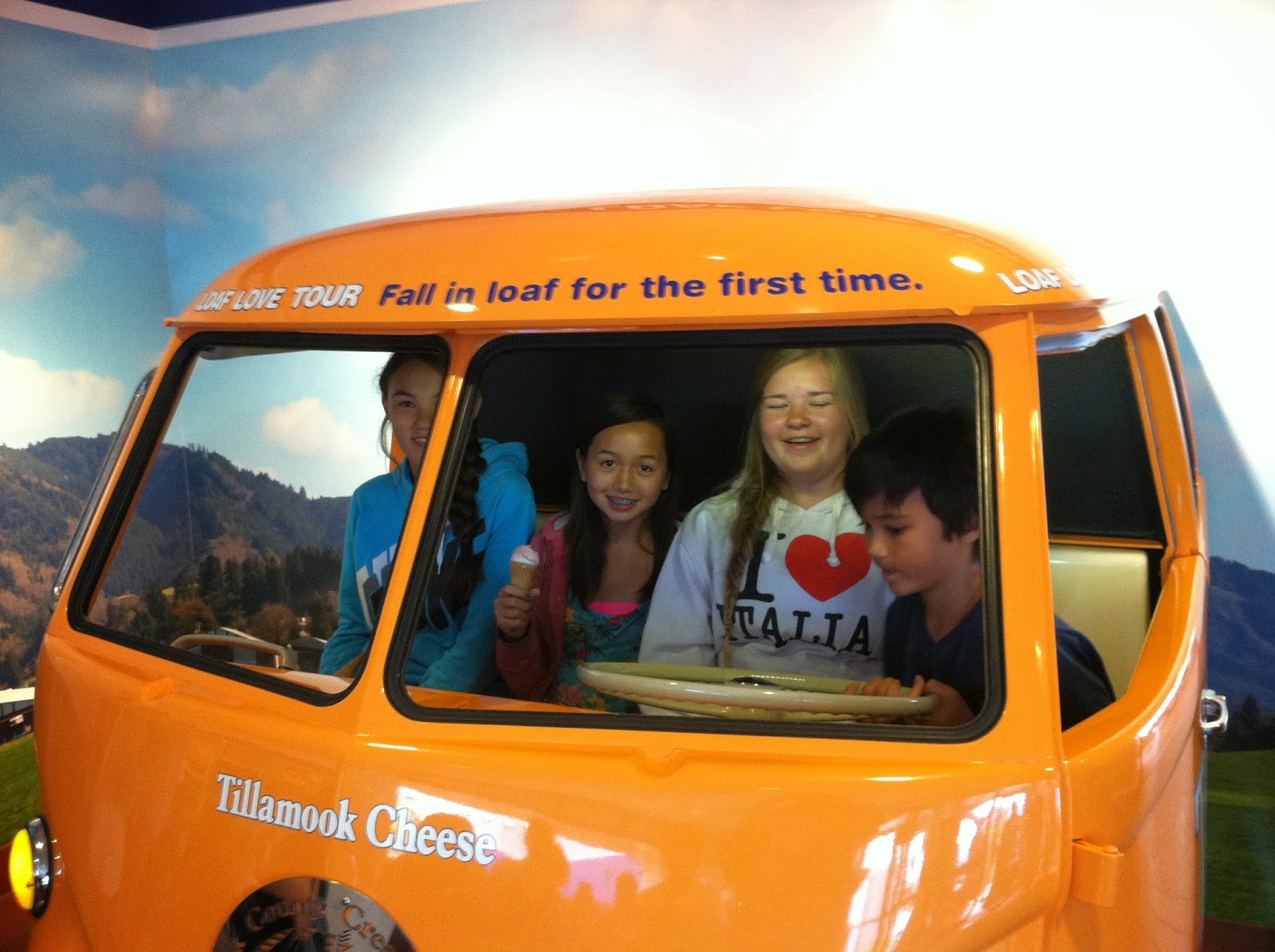 We went outside while we waited for everyone to finish their ice cream.  Here is another selfie with Riley. 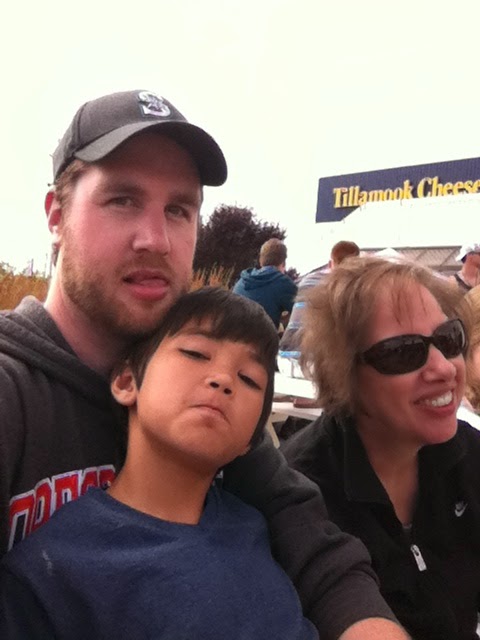 We headed back, where the girls played water balloon volleyball and my uncle Harvey played harmonica in the swing.  After dinner we all sat around the bonfire and talked about how great the reunion was.  Kyle also told us some stories and we cooked more smores and some apples in the coals. 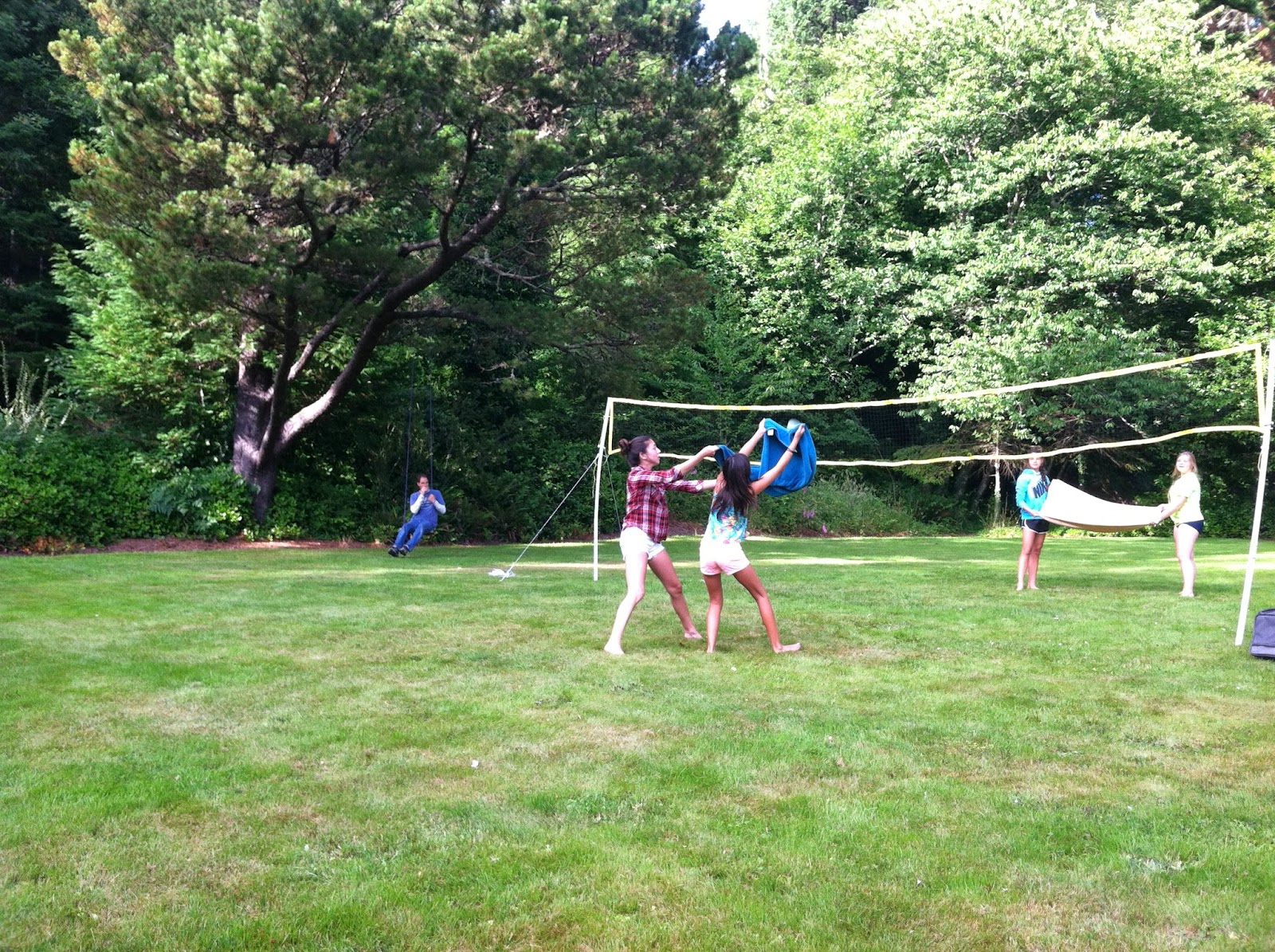 Since Sunday was departure day, I will just add it here.

We had to be out by noon.  We all gathered for breakfast.  Here is Riley with a milk mustache looking kind of sad. 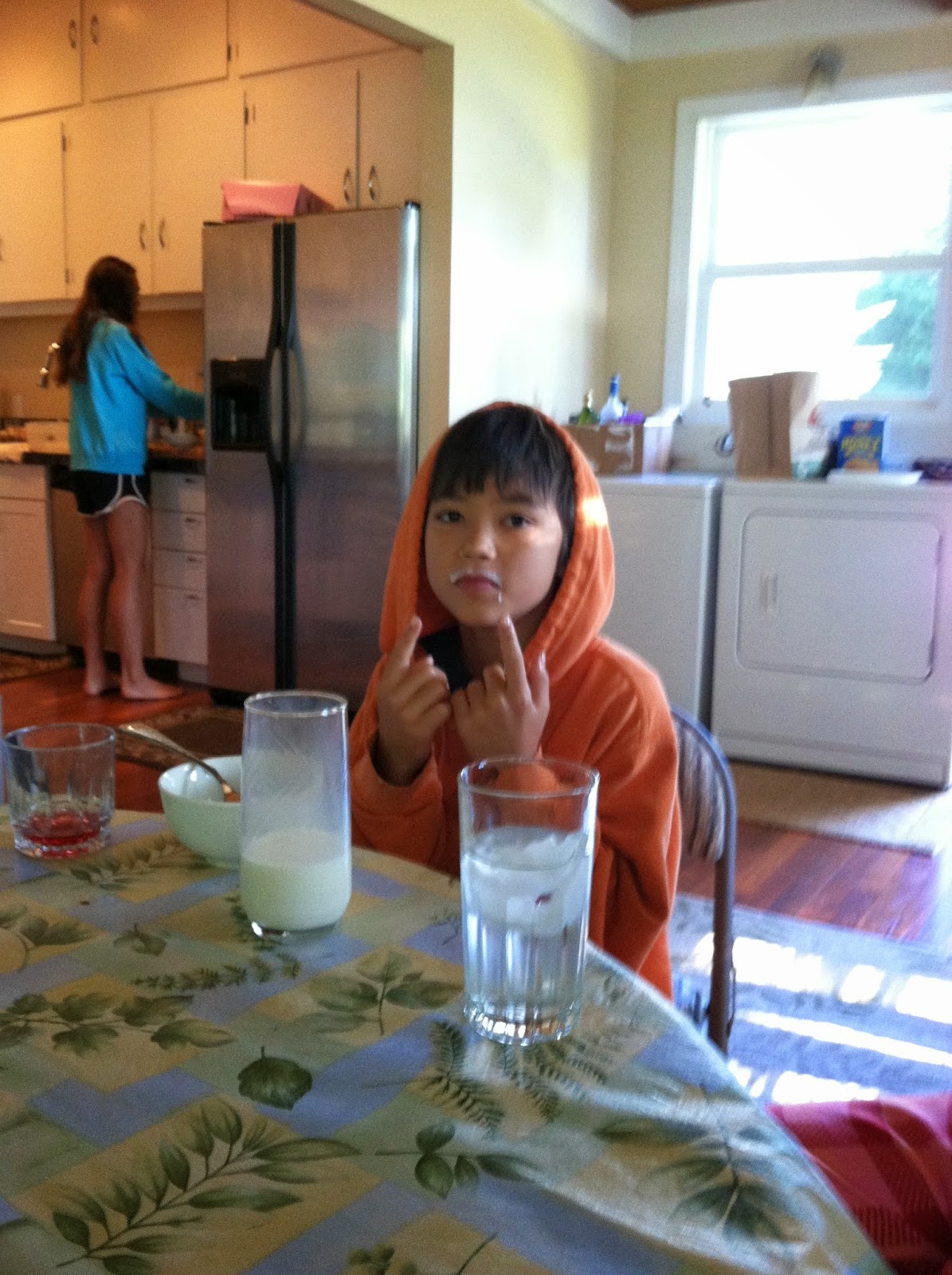 Margo, Scott, Kyle, and Claire were the first to leave, so we all bundled out to wave good bye and give them hugs. 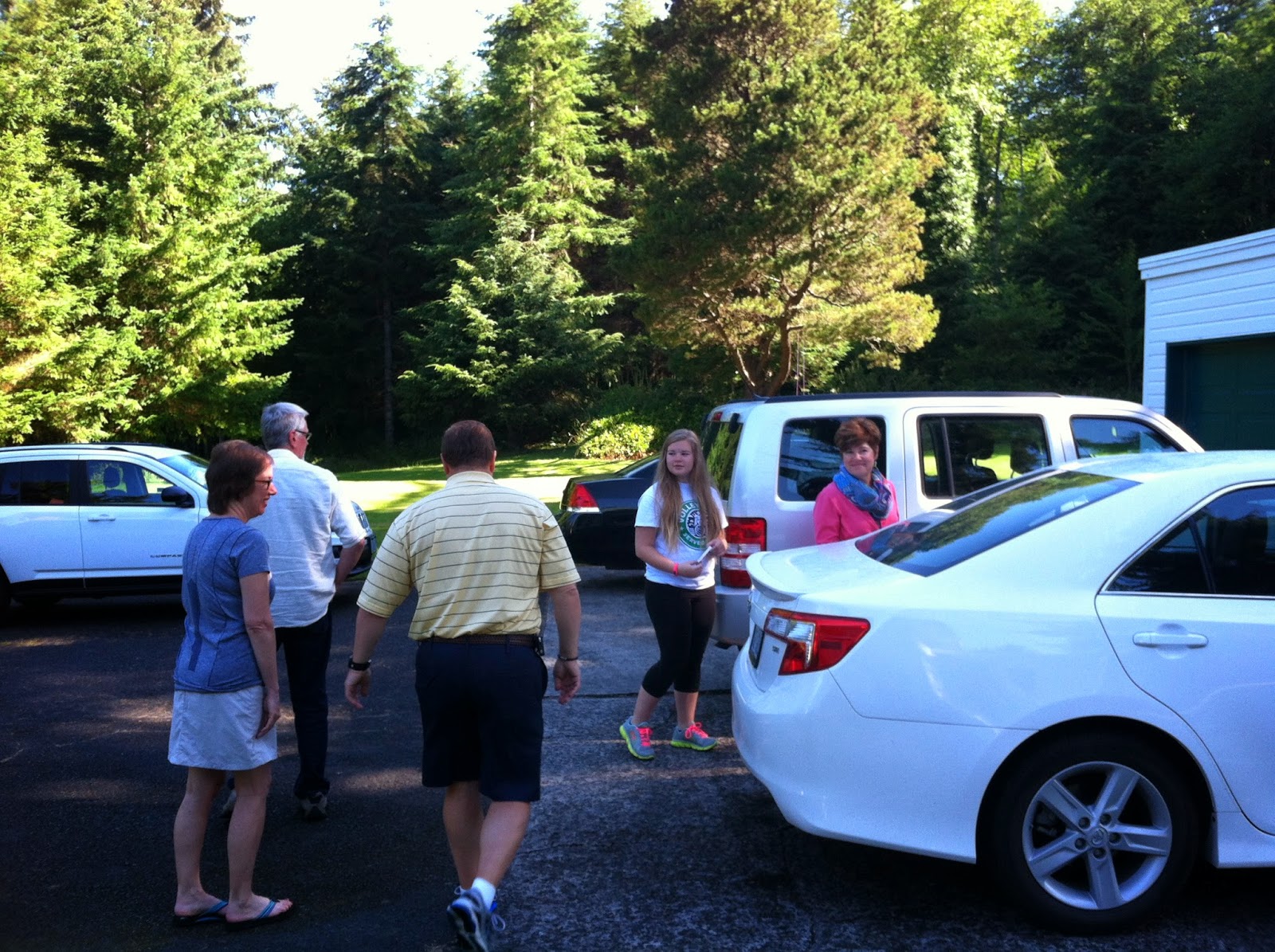 We headed back to my parents place and stopped for lunch at this little cafe that had fresh fish from Alaska.  They also had lots of fake tattoos.  Marissa, Aynika, and Haylee used them to create additional  eyebrows for themselves.  It was pretty adorable. 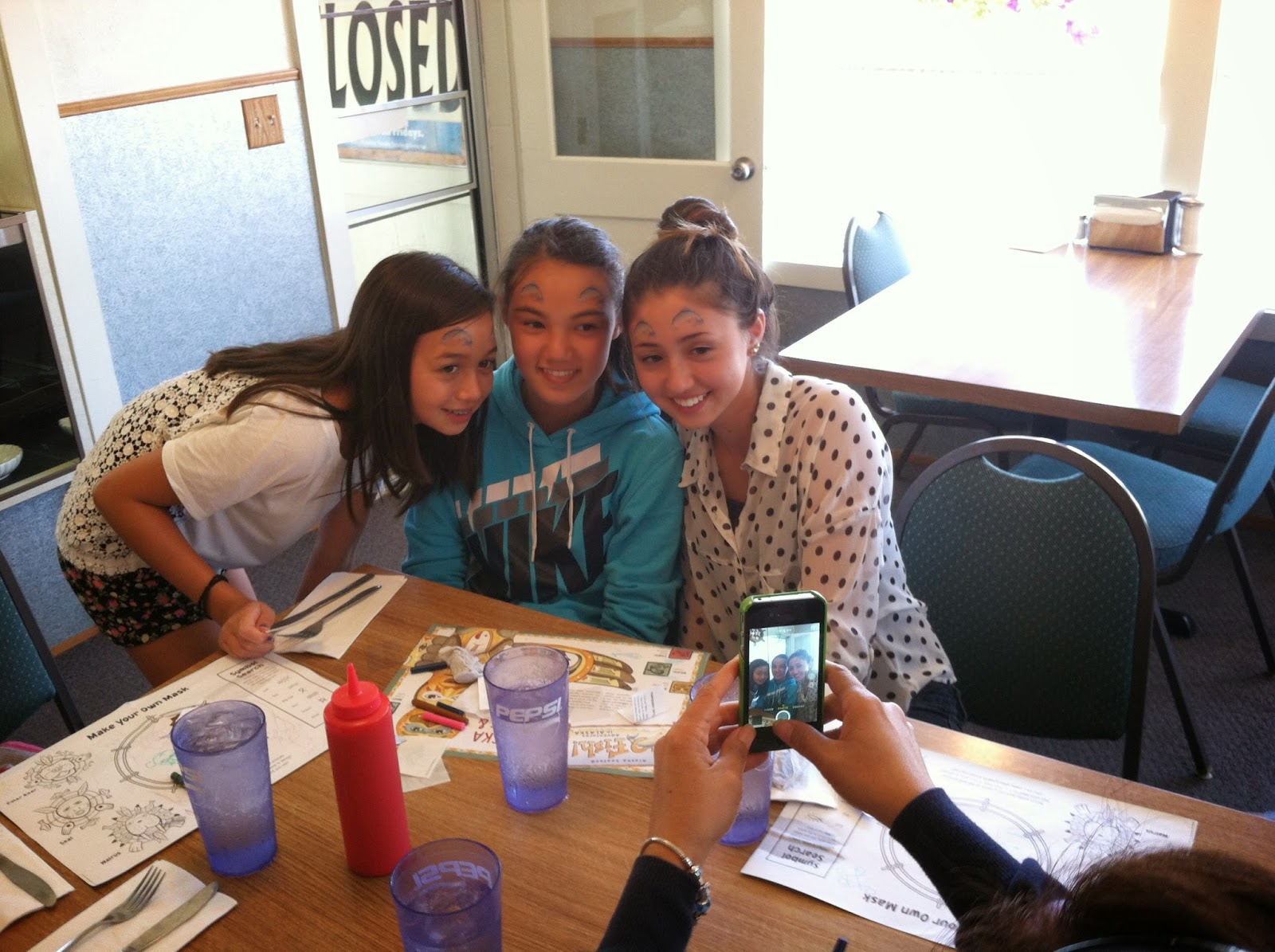 Once we got to my parents place, we set up the tents on the deck for the kids and I showed Riley a bunch of my toys.  Here is is checking out my ninja turtles.  He was a lot more excited about the Star Wars toys though. 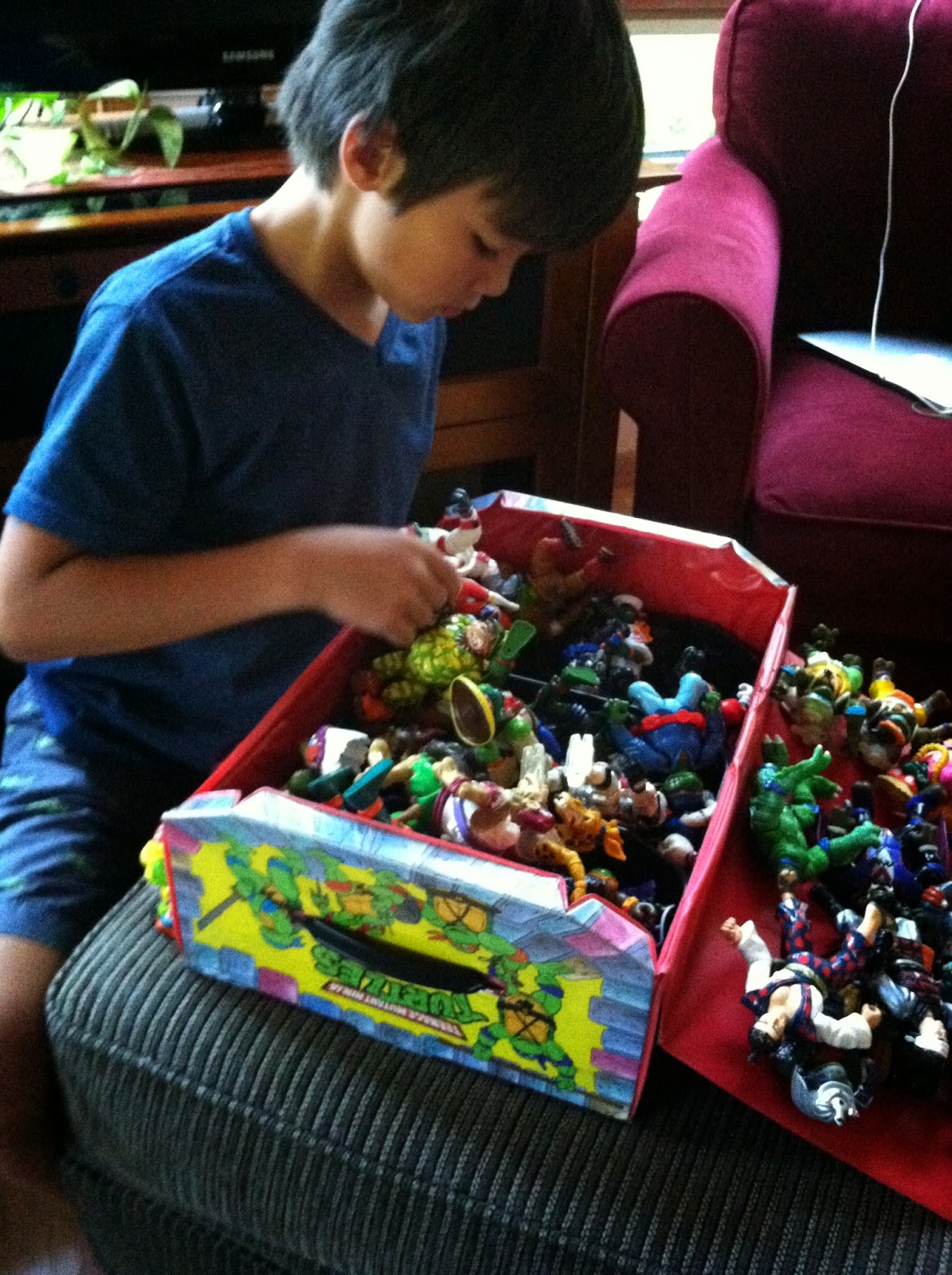 All in all it was a terrific reunion.  It was a bit tiring, but that was because there were so many activities. It was great seeing all my family again as well.
Posted by The Elephant at 7:56 PM