The next recipe that I made in Texas was a very simple Swiss Chicken Casserole.  I didn't really have any inspiration for this, but it looked good when I was looking for recipes.

I managed to forget to take a picture when I ate this, but is one from the recipe page: This was a really simple recipe, especially compared to many that I have made.  The first step was to lay out the chicken and the slices of swiss cheese. 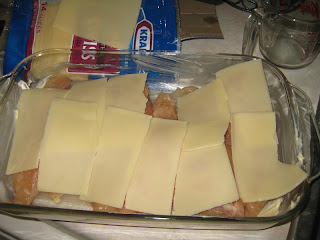 Next I poured the soup and milk mixture over the entire thing and spread it out. 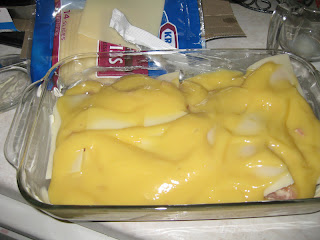 Finally, I covered it in the bread crumbs and drizzled the butter over it. 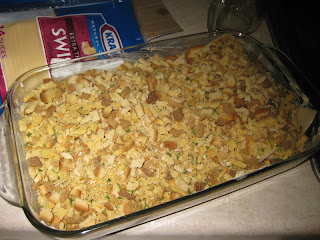 Then I cooked it.  I somehow managed to not get a picture of the final result of this recipe... but I really liked this.  It was really simple, but I thought the tastes combined really well, it almost reminded me of thanksgiving.

Since I made this while I was in Texas Sprinkles again was not available, but here is a picture of her playing with her water glass. 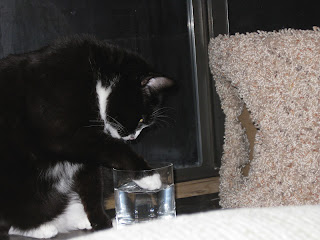 Posted by The Elephant at 9:12 PM No comments:

I am always looking for inspiration for what to cook next and often they come from rather interesting sources.  Sometime while I was in Texas I went to a restaurant called Texadelphia, which was supposedly a cross between Philly Cheese Steaks and BBQ food.  I thought that it was pretty decent and so I decided to try making something like a Philly cheese steak sandwich.

I decided to start easy, and so I went with the Easy Steak Sandwich recipe.  Here is the final result: 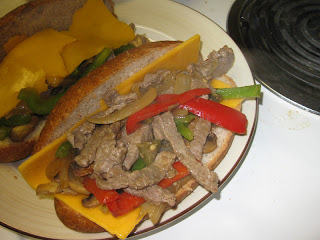 I didn't change a whole lot here, but I did scale this up.  It seemed like the recipe was mostly for one sandwich, so I added more bell pepper and onion.  I think I sliced up 1 green and 1 red bell pepper and a whole onion.

I also couldn't really find a french baguette that I wanted, so I went with smaller french rolls.

This recipe lived up to its name as being easy to make.  The first step was to cut up the steak into strips.  The recipe didn't really talk about how to select the correct meat, but a lot of the comments talked about making sure you get really thin cuts and you also want to make sure that there is some fat in it, because that makes for a better sandwich.  Here is the size of the steak that I picked out.  I am not sure if it was the perfect type for this sandwich, but it seemed to work well enough. 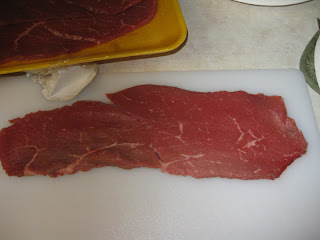 After slicing up the steak I started cooking.  I added the onions to the pan and let them cook for a little bit. 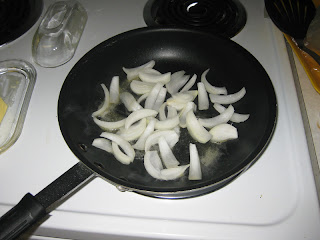 Then I pushed them to the side and cooked up the mushrooms. 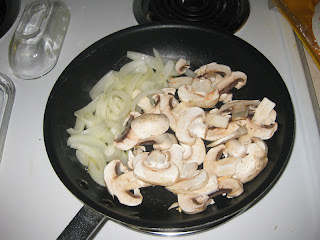 Finally I added the bell peppers and cooked those up.  When they were done, I removed all of the veggies from the pan. 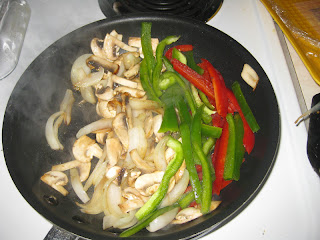 I then added the steak and the picked hot peppers and cooked them up.  Since the steak was thin it cooked fairly quickly. 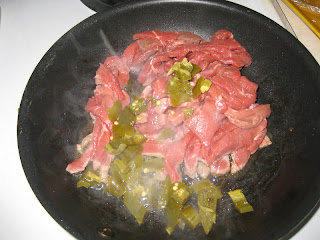 I then added the veggies pack in and cooked them for a little bit to heat everything up and mix it together. 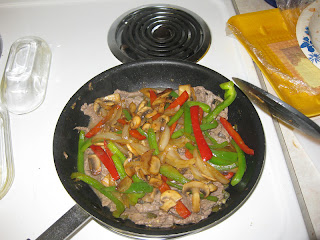 Then I made the sandwiches, by first layering the cheese. 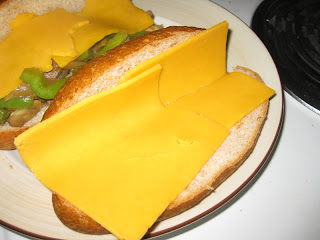 And then adding the steak and veggie mixture.

I added some hot sauce as well to add a bit of kick.  In general I really liked these, I did think that the bread was a little dry and could have been better, but I liked the steak and veggie mixture and I actually thought that the hot sauce added a lot to the sandwich overall.

Since I was in Texas when I made this Sprinkles didn't get a chance to appear in pictures and I know that she is really the only reason people read this.  So here is a picture of very young sprinkles in a sink! 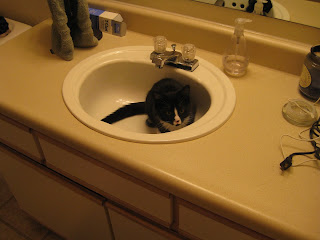 Posted by The Elephant at 2:18 PM No comments: